The Ants: Underground Kingdom is a very colorful ant colony life simulator combined with a strategy based on the natural behavior of insects. Get an opportunity to develop an ant colony practically from scratch, taking on the role of a leader and a coordinator. Project allows players to rebuild and develop an anthill, regulate the development and interaction of insect family representatives. Ant society consists of complex social groups with a division of functions, types of labor. The game features scientific approach about ant family. The developers only slightly embellished the gameplay, making it possible for the existence of several completely different genera, species of these insects in one colony. We also recommend downloading simulators such as Zero City and Food World Tycoon.

The Ants: Underground Kingdom was released by Seven City Hong Kong Studios in January 2021. In six months, the game has collected over two million downloads.

Rebuild the ant base

Immerse yourself in building a town, laying numerous passages, tunnels, organizing food gathering, replenishing population, defensive-attacking activities and fighting colonies of other players. Initially, you have a small round chamber with queen, 6 ants and six eggs. You should start by building a tunnel to another part of the anthill. As the laying progresses, the player discovers mushrooms and plants. You can also build a chamber for ant eggs to store food. Involve worker ants in food extraction and transport by drawing a line from the plant to the room with the queen. 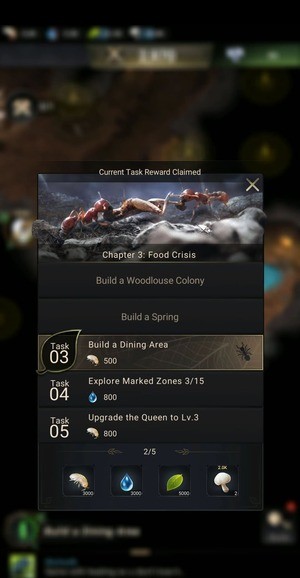 Open the breeding chamber for soldier ants. Send them to protect the home from aggressive predatory insects, spiders, beetles and other types of ants. To guide the soldiers, you need to bring out a special class of mutants, who hatch from huge eggs.

Many different types of ants

As in nature, insects inside the colony are divided according to the type of functions they perform. There are a queen, individuals serving her, soldiers, scouts, workers, nannies, etc. The tasks of the scouts include study of unfamiliar territories and search for new sources of food. Working ants are engaged in basic work: they build, drag resources, sort food, clean warehouses, children’s rooms, queen room and rest of the anthill. The soldier is distinguished from the rest by its larger size and powerful jaws located on the impressive head. Nurse ants take care of the young, feed the larvae and the queen.

The population of ant colony can evolve with help of found templates with DNA in the eggs of young insects. Raising the queen level improves indicators of attack and defense. Opening the “Rapid product” window allows you to quickly get food, other resources, improve skills and accelerate evolution.

Have fun watching the ants work

It is very interesting to look at the inner workings in The Ants: Underground Kingdom. There are chambers for long-term preservation of food, a birthing room with a queen bee, a dining room, premises for the care of young animals, plantations for growing mushrooms, aphids that produce sweet juice-nectar, water tanks and more. The buildings look like regular hexagonal cells. They are colored green when installed. Use separate chambers with wet soil for cultivation of fungi, special types of fungal mycelium. 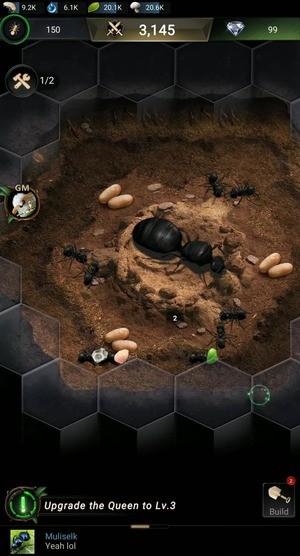 After the queen reaches fifth level, you can go to earth surface and start exploring the area. It is advisable to increase your territory constantly, because food supply of the inhabitants of your farm depends on this. You have to beat off literally every piece of land from your neighbors! There is special combat zone for conducting battles. You can unite into alliances, helping comrades economically, providing combat support. It is also possible to challenge other players to battle by fighting with an army of ants.

The Ants: Underground Kingdom features high-quality graphics that create high realism in the game. You will even be able to see the smallest blades of grass, allowing you to look at what is happening from different angles. Enjoy calm music that sets you in a positive mood.

Improving the anthill and its inhabitants requires a large amount of game currency. You can save in-game money for a long time and persistently or you can use our mod for unlimited amount of money. To access the currency, you just need to download and install the presented version of The Ants: Underground Kingdom.

Our team has tested the functionality of The Ants: Underground Kingdom mod on several devices. The mod works for money, but it may become unavailable at some point, as developers try to update their project frequently. In this regard, the game may malfunction. Do not forget to follow our updates to stay informed about the most current versions of the game. 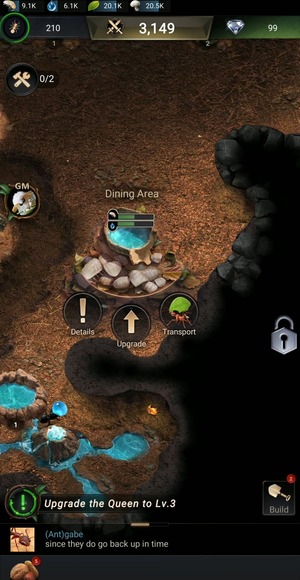 The Ants: Underground Kingdom is an awesome app that allows you to better explore the insect environment. Protecting your territory is very difficult, because someone always wants to attack you. However, it is important to use different devices constantly, trying to achieve the desired result. Ants are very sensitive and scrupulous about all work, as they are real workers.

After starting the project, you need to become the leader of ant farm, observing its numerous inhabitants. Building a colony is not easy, as it takes a lot of time and effort. Ants require special care and attention. It is necessary to provide them with resources to construct civilization successfully. This requires using different items of protection and defense. Periodically, neighbors will assert themselves at your expense negatively affecting your development. It is important to provide residents with comfortable conditions to increase interest in their movements.

The first step is to work out a plan for building an anthill. It should have several rooms designed for different needs. Design intricate underground tunnels for additional protection from enemies. Above all, a difficult task awaits you – to bring the kingdom to prosperity. To do this, you have to try hard, because at first it will not be easy to delve into everything. You will even have a small army to defend the borders.

The Ants: Underground Kingdom will surely appeal to fans of calm, unhurried strategies. In other words, you will get a whole farm under management with different requests and characteristics.

How to Install The Ants: Underground Kingdom Mod APK?