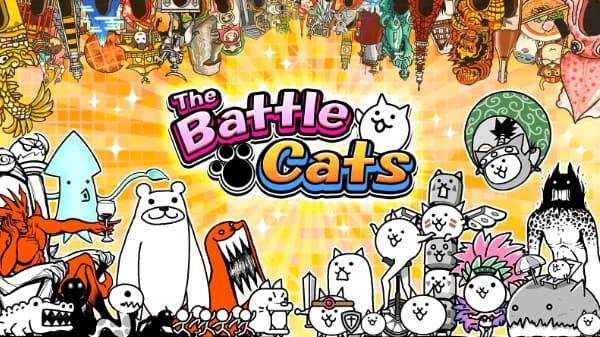 The Battle Cats is a fun casual game from the developers of the PONOS Corporation studio that will appeal to gamers of all ages and genders, thanks to its funny cartoonish graphics and addictive gameplay. Find yourself in a world full of cute but powerful cats. This project resembles tower capture games, but instead of people, elves and gnomes, there are little cute kittens. Under your command, they can easily conquer the whole world! Feel like a real master of the feline army, striving to conquer the whole world. Different countries and cities are indicated by levels. Go through them all one after another. Send your fighters to the attack so that they destroy the enemy’s tower, and prevent the destruction of your own. Think over each of your actions in order to allocate resources effectively. Among other strategies, we recommend paying attention to The Walking Dead: Survivors and World Conqueror 4.

The Battle Cats has already more than 10,000,000 Play Market downloads and high marks among reviewers. Join now to create a powerful furry army.

Before starting the passage of The Battle Cats, you need to decide on the composition of your deck. Heroes are divided into classes, ranks and roles. Find tanks that have a lot of health, but little damage. Use assassins who can kill the most powerful enemies with one blow, but also die just as quickly. In the later stages, you can discover the most real giants who can destroy entire groups of opponents with one wave of paws or weapons. Cats are also divided by rarity: common, rare, very rare, legendary, and so on. The higher the rarity level, the lower the chance of a cat falling out of the machine.

Enemies, as a rule, are various animals here. Come face to face with hippos, monkeys, penguins, walruses and other familiar fauna. Some enemies have special abilities that can seriously harm your team. Usually, such enemies are red, which hints at an increased danger.

Collect all the heroes

The gameplay of The Battle Cats hints at the fact that this creation is not only a strategic, but also a collectible game. You can get each of the several hundred types of fighters from a special machine, which requires tickets of different quality to activate. For each enemy there is the most effective cat, which, with some chance, can fall to you from the machine. Due to the low chance of dropping out the strongest fighters, players activate this very machine from time to time and receive a reward. The action is quite fun, but the cost of the highest quality tickets will not please you.

Take part in exciting battles and defend the tower

Completing stages of The Battle Cats involves a battle in the style of “Tower Defense”. On the battlefield, you can see your castle and the enemy’s fortress. There is a road along between the two buildings, which the fighters of both sides use to move. The units tab is a deck of cards that you compose just before the battle.

The early stages will not require you to know the mechanics of the game deeply, but later levels will force you to think about successful combinations and bonuses of every character. To call the cats, you need money, which cat workers in your castle earn quickly enough. As you might have guessed, you need your war cats to reach the opponent’s base and destroy it completely.

The Battle Cats game has simple graphics, but everything looks very nice and funny. In addition, a very funny soundtrack fully immerses cats in the atmosphere of fighting. The game has a simple interface and very easy controls, so even without knowing English, you can quickly figure out all the features and start passing.

All the gold received in The Battle Cats you can spend on buying new battle cats and pumping your squad as a whole. To win in any battle, you need to calculate in detail not only the battle strategy, but also the economic component. All this is necessary so that you can correctly distribute your budget between the fighters. It is necessary to have enough currency to buy a new hero who can replace the defeated cat. So that you don’t have any problems with this, we advise you to download a mod for unlimited coins.

Your task in The Battle Cats is to gather a battle team of cats and send them to the defense of the tower. The tower, by the way, is equipped with cannon that you can use for various techniques such as slowing down, freezing, and so on. The initial appearance of cats is unusual and funny, but as soon as you reach level 10, their appearance will change, and their capabilities will pump (by the way, they will become even funnier). The maximum transformation of characters awaits you after passing 20 levels.

Cats are divided into 5 tiers: Common, Special, Rare, Very Rare, and Uber (most valuable). For completing the levels, you receive in-game currency in form of cat food. Use it to acquire new characters. As follows from the logic – the rarer you get a cat, the stronger and more dangerous it is.

During the fight you spend energy that restores with time. Please note that an internet connection is required for energy recovery. Some levels have special rules, for example, for a fight you may only need rare types of cats or certain types of them. At the end of the level, you can get the so-called treasures. Use them to improve the fighting skills of cats. The better you pass the level, the more expensive treasure you will get.

The types of enemies in the game are also varied and unusual. You need to select a team of cats, because only certain cats can oppose certain enemies. Regular updates to the app will ensure you replenish the ranks of both the fighters and their enemies. This only makes the application more interesting, because it adds a touch of extreme and does not allow you to relax.

Almost all Tower Defense projects look boring and monotonous, but the Japanese developer managed to create a real masterpiece. If you share the love of millions of fans for this subgenre, then be sure to download The Battle Cats.

How to Install The Battle Cats Mod APK?