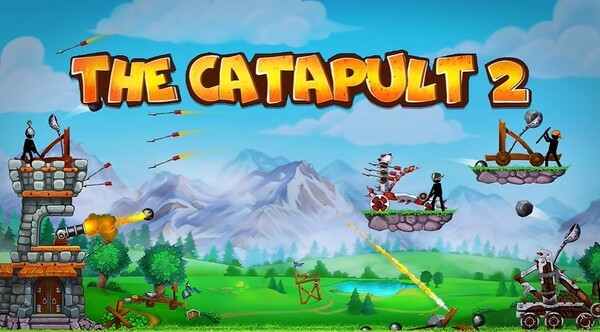 The Catapult 2 is a casual arcade game about the adventures of the notorious Stickman in the style of Angry Birds. If you are a fan of the drawn man, then it is time to try to play as your old friend in a new role. Together with unusual characters, we will visit the warlike Middle Ages, distinguished not by their balls, but by cruel and bloody battles for new lands with capture of enemy castles. By the way, your fortress was no exception – a crowd of enemies hung over it, eager to quickly break the resistance and occupy the territory. Reflect the centurion of enemy attacks, improve weapons, use additional features and prove to everyone that your home is an impregnable fortress. For arcade lovers, we can also recommend Stone Miner and Cybersphere.

10 million downloads and 200 thousand positive reviews. We suggest you familiarize yourself with the features of the game in more detail.

The structure of The Catapult 2 is designed in such a way that players will have to play at least 90 levels for each season of the year. Technically, the locations in the background will not bring anything new to the gameplay, but only slightly modify the appearance and characteristics of the opponents. For example, enemies use snowmobiles in winter, while in summer, ordinary infantry storms the lower tiers of the castle. The campaign mode includes not only ordinary battles, but also boss battles, secret maps and bonus levels. If everything is clear with bosses, then bonus levels and elements of closed maps become available only if you reach three stars on as many campaign levels as possible. 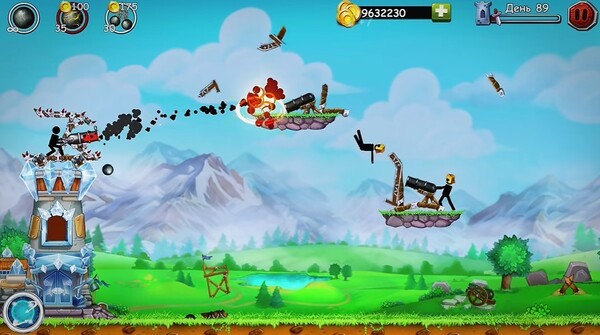 Classic gameplay in a new wrapper

Before talking about the gameplay features of The Catapult 2, we would like to remind you of the key game mechanics of the Angry Birds franchise. Each level offered players to smash the enemy’s castle with the help of several types of birds, each of which had its own talents. The developers of this project decided to play from the opposite and put the player at the head of the besieged castle, reflecting the constant enemy attacks. You have a weapon – a catapult – and the ability to draw a trajectory of the projectile with your finger. Thus, you can hit ground targets. Shoot at suddenly appearing islands in the air and shoot down various bonuses flying on balloons. Another difference from the well-known franchise is the improvement of weapon characteristics and acquisition of special abilities.

Despite the fact that there are only two main types of siege weapons in The Catapult 2 (catapult and ballista), any average RPG will envy the number of customization options. The developers provided the possibility of pumping guns within five power levels (range, trajectory, and so on). Noreover, they also offered the possibility of improving the combat unit into a modern form. We are talking about cannons, rocket launchers, crossbows, slingshots and a dozen other devices that can harm your opponents. By the way, players also have the right to change cartridges, increasing their power. It is also possible to buy additional shells in the form of dynamite, mines, grenades, etc. The only limitation is that such projectiles comes down to limited quantities, so the key weapon will still be the catapult. 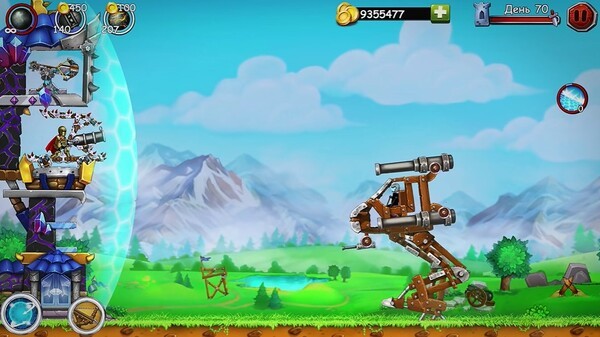 Skills as a separate opportunity to protect the castle

If you think that, having pumped all possible types of weapons, you will be able to pass all levels in The Catapult 2, then this is a deep delusion. The fact is that there will be so many opponents that ammunition will be enough to deal with everyone. For this, the game store provides a section of skills. They allow you to gain an advantage over the enemy for a few seconds. We are talking, for example, about a lightning strike, slowing down the movement of enemy units. There are also blinding, freezing and a dozen more features for all occasions. Upgrade any of these improvements for an additional fee, providing faster recovery.

Build the most fortified castle

As with weapons, the defensive abilities of your fortress are also available for upgrades. Despite the fact that the tower will remain wooden, players can upgrade the total number of health points. However, the main feature in The Catapult 2 is the ability to add several tiers at once, attracting additional force. The player controls the main character, but auxiliary weapons like turrets, cannons and missiles are on artificial intelligence. In addition, you can also buy yourself a couple of infantry units, archers, crossbowmen and even flamethrowers. As a result, players can put up a completely fortified fortress with manner of fighting against the enemy.

The developers have tried in advance to make the gameplay in The Catapult 2 as diverse as possible, adding there not only an exciting single-player campaign, but also multiplayer. Access to fights against real opponents does not open immediately, but only after level 20. Apparently, creators did so in order for the player to learn all the basics of gameplay and at least slightly improve their defensive abilities. In any case, battles have nothing to do with the principles of single-player PvP. You need to shoot from the catapult at the boxes falling from the sky, thereby earning a tree to strengthen your castle, while the battle itself takes place automatically. The one who breaks the boxes more and provides himself with maximum protection during the siege, which means he will win the match. 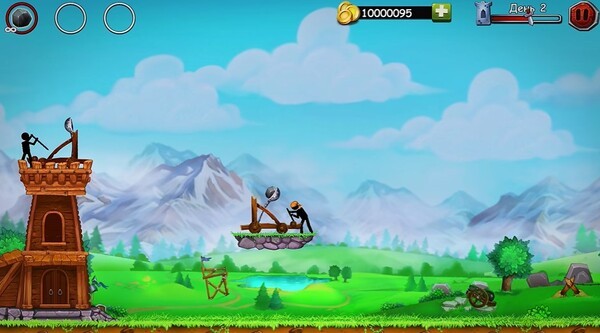 Throughout the review, all we did was talk about endless customization and upgrade possibilities. We forgot to mention the main thing. All these improvements are so expensive. In some cases you have to replay the levels to collect a sufficient amount of gold coins. We suggest you download The Catapult 2 Mod APK with the possibility of using an unlimited amount of money. Thus, you can collect the most persistent tower and attract the deadliest warriors to the army. Do not forget about one thing – the key to success is not the level of defense, but the accuracy.