The Eminence in Shadow RPG is an RPG developed by Crunchyroll Games, LLC. The project focuses on Daisuke Aizawa’s web novel and takes players to a new world where they have to create their own team, fight unholy cults and become a real master of the shadow. In addition, the game features key characters from the novel and manga, including Shadow, Alexia, Alpha, Beta, and the rest of the series. What’s more, the mobile RPG features high-quality graphics and scenes taken directly from the anime. The game also offers fast-paced action with fully animated skills, team combos, multiple PvP modes, and cooperative raid events. If you love RPGs, then download TotAL RPG and Knight Hero Adventure as well.

The Eminence in Shadow RPG is a new game, but it is in high demand among users. What is it that so many are interested? Find out in our review. 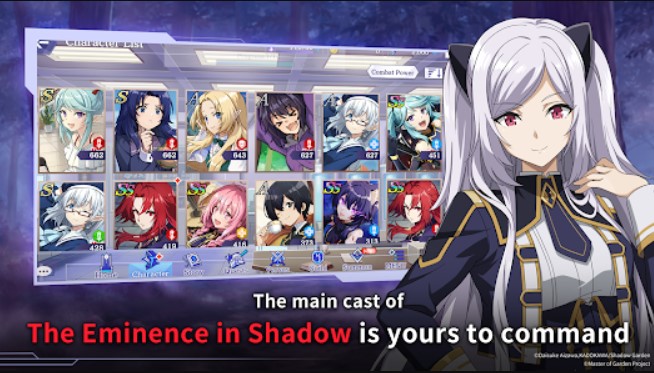 At the very beginning of this exciting game, call on your first brave hero and go on the most exciting adventure, where a wide variety of battles with terrible monsters will await you at each level. At the same time, the battles take place purely in automatic mode. You can only use the special unique abilities of your heroes to help them defeat each of their opponents with all the might.

You will immediately have several heroes at your disposal, with whom you have to complete several introductory tasks. Gradually, as you progress through the storyline and complete The Eminence in Shadow RPG quests, upgrade your characters, learning new abilities and increasing their performance indicators. In general, the plot of the game revolves around the confrontation with the seven shadows.

You yourself need to become the master of the shadow in order to succeed. Also, it is possible to accept new fighters into your team that have distinctive abilities, so some can heal comrades-in-arms, while others can deal devastating damage to enemies at a distance or in melee. The right team is very important for the final victory. 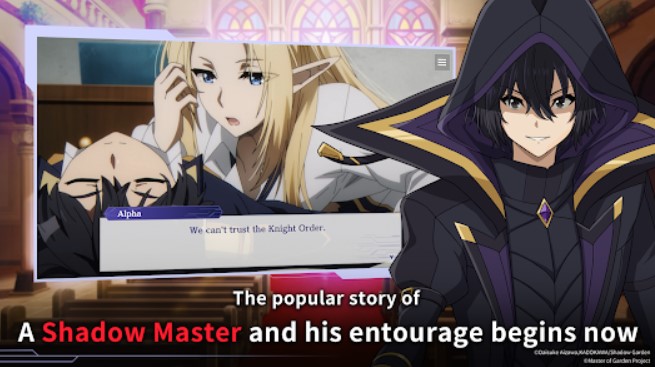 Completing each level of The Eminence in Shadow RPG, your heroes will receive experience points, and you will receive a valuable reward in the form of gold, elixirs and other items. Improve the characteristics of your heroes and call on new ones, of which there are a huge number, which in turn will be divided into different classes and rarity levels.

In addition to the adventure mode, you can also have access to many other game modes, including boss battles and battles in the arena with other players. On your difficult path, you will encounter a variety of terrible monsters, where you will have to find your own special approach to almost each of them. During the battle, your hero will do almost everything himself and you will have to follow the scale and movements of the enemies.

Download The Eminence in Shadow RPG Mod APK with a special mod menu where you can get an infinite defense and damage multiplier, as well as activate god mode. In addition, there is a function of constant critical damage. 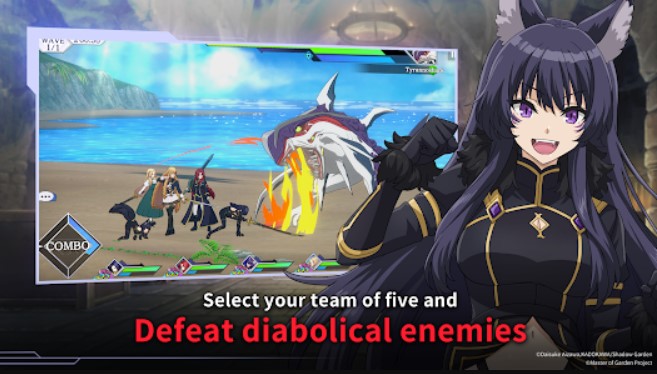 Start passing The Eminence in Shadow RPG Mod APK and take on the first assignments. Run through 3D valleys and trails expertly rendered by artists and packed with cool animations. Meet enemies and fight them with a sword, carry out different attacks, complete with special moves and a series of attacks. Crush your opponents, collect trophies and get experience for which you can later improve the parameters of the samurai. Go through the most prestigious missions, destroy entire enemy squads, spin around the arena with your sword, wreaking havoc and death in the ranks of your opponents.

It is worth noting that different actors voice all the playable characters in The Eminence in Shadow RPG, from which each of them differs in character. Over time, you will be able to upgrade them, increasing levels, performance indicators and get more powerful items of equipment for them. Since the battles take place in real time, it is very important to be attentive, quickly react to events and think over tactics in advance!

The Eminence in Shadow RPG is a colorful RPG in anime style. Immerse yourself in a beautiful fantasy world and help your heroes!