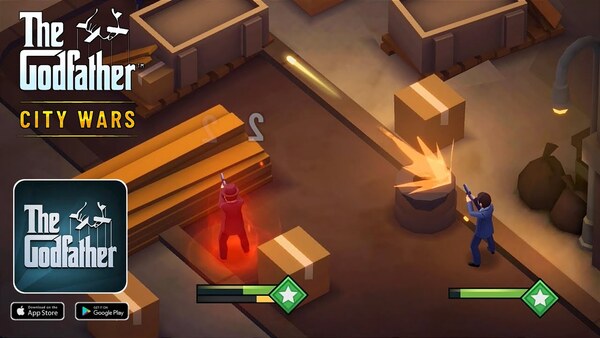 The Godfather: City Wars is an extremely addictive strategy game in which you can become one of the key figures in the underworld by founding your own influential group. Compete with real users for respect, power and money. Start developing in the world of the mafia and create your own criminal syndicate. Get all the influence in the city, which everyone will have to reckon with. Solve all issues by force, participating in skirmishes, if words do not help, and develop your own clan. Take into your ranks different gangsters from different types of gangs, each of which will have its own characteristics. Download Dracula City Master and Necropolis Story of Lich.

The essence of the game is such that you can spend long hours in it, more and more developing your empire. If you are interested, then read our review. 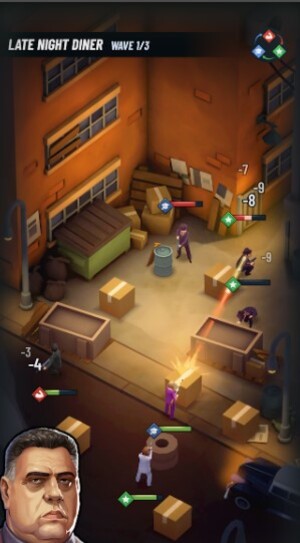 Each player has the opportunity to develop a criminal empire in own way. Set your priorities in the development of the gang, manage local businesses and select the right characters depending on the upcoming battle. You can play with users from all over the world, join factions with them or fight in fierce battles, and detailed 3D graphics and a user-friendly interface will make the gameplay unforgettable. Join the community and join forces with other players to fight together for leadership in this city and establish your own laws in it.

The Godfather: City Wars offers you to defend your right to territorial claims not only in words, but also in skirmishes. To begin with, you need to assemble your team of bandits, gangsters, couriers and other troops.

Use them to fight against your enemies. You can also hire unique heroes that will give your gang additional bonuses that will make you stronger. Complete various tasks, hire talented people from all over the city. Participate in real-time gunfights and deal maximum damage to your enemies. 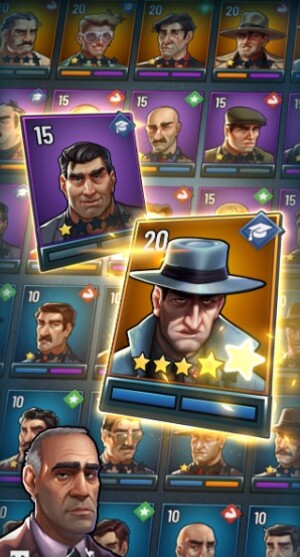 Use territory of the entire huge city as the base of the mafia community in The Godfather: City Wars. Erect here all the necessary buildings. Use private hospitals to treat members of the group wounded in battle. Clicking on a building starts healing.

Next, you should build a Training Camp, a Warehouse, secure the perimeter of the base by sending fighters to the wall, and lead the development by following the story quests. In order to increase the defenses of the base, you need to improve the Villa. The following parameters are available for pumping: protection, ammunition and cash.

If you want to develop quickly, download The Godfather: City Wars mod APK for unlimited money.

The gameplay of The Godfather: City Wars focuses on the process of constant development of the city and the capture of nearby territories. It is worth noting that you will usually have some kind of story mission, which dialogues, video inserts and other components accompany. As a rule, such tasks involve attacks on bot buildings, for which you will need to acquire a powerful army and commanders. Battles take place in real time, but they will take place without your direct participation. 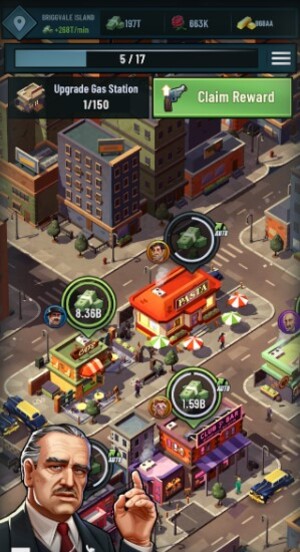 A large amount of time you will spend on the development of the city. At the very beginning of the journey, it is small, but gradually you will conquer the surrounding territories. It is possible to build a variety of buildings. Some buildings will bring you resources, while others will become a home for your fighters.

You also have to attend to the construction of hospitals, because after the battles your fighters require medical care. There are also buildings that focus on carrying out all kinds of improvements. Do not think that the improvements here affect only the army. You need to spend resources to build and improve the economy of your faction.

Crime-themed strategy games are in high demand in the mobile video game market. If you have always dreamed of becoming a mafia leader, then download The Godfather: City Wars.