The Reporteur: Utopia is a mobile quest from Russian developers. In the story, the user plays as a novice journalist who must find the killer. Dozens of interesting tasks, search for evidence and the calculation of criminals, fully voiced dialogues and ability to play offline are waiting for you. It takes energy to talk and search for evidence in a project. Players often have to eavesdrop on conversations that can last for several minutes. Therefore, the project has a extensive plot. The developers have also prepared puzzles of different levels. As for the design, the hand drawing of characters and locations immediately catches the eye. If you are interested in quests, then we recommend you Mystery Match Village and Brain Test 3.

The Reporteur: Utopia is a new project with very few reviews at the time of writing. Nevertheless, users have been actively downloading the application from the very first days.

Interact with the world

The Reporteur: Utopia invites you to search for clues, solve various riddles, communicate with other people and much more. In the story, you play as a young reporter from the university. Everything went on as usual in the life of your hero, but suddenly he witnessed a series of terrible murders and crimes. After that, your character cannot leave it all just like that. He must get to the truth.

In order to interact with the world around you, tap on the screen. Thus, you can enter into dialogue with the character, find evidence, or perform other actions. Do not forget to research each location. The main mechanic of the project is the search for objects. Often times you have to find several items in a static picture. Once you have mastered this, you can progress further in the story.

Use hints when stumped

As mentioned above, The Reporteur: Utopia implements a hint system. It works very simply. The user can use a special lantern several times and highlight the necessary item. For example, you need to find scotch tape at a location, but you do not notice it at close range. In this case, a hint will help you, which will immediately detect the object. Well, use coins to replenish their number.

All the characters and environments are hand-made in the application. Therefore, the project resembles a high-quality cartoon. Despite the fact that the development was carried out by a Russian studio, all dialogues in the game are in English. At the same time, there are often very lengthy dialogues that you cannot miss. This is a little annoying, but the developers promise to fix this defect in the next updates.

You can buy some bonuses with real money in The Reporteur: Utopia. These are tips and other improvements. However, so that you do not waste your savings, we suggest using a mod that allows you to make free shopping for real money.

The Reporteur: Utopia is a quest where all your tasks come down to finding the necessary items. In general, we can say that the plot plays an important role in the passage, and the gameplay itself is secondary. The main character is led through the locations, gradually involving him in the plot and introducing him to the characters. As for interactions with the outside world, then you can talk to someone or complete a quest to find objects. Often you have to listen to the dialogues of other people for a long time, which will involve you in the plot. By the way, your character also speaks, and the user can choose lines. However, the choice is not wide and there is only one answer to choose.

At the time of this writing, the game has three large chapters, but the story is not finished yet. The developers promise to add new content to the project whenever possible. To open each chapter, you will need energy, as well as to navigate through the locations.

The Reporteur: Utopia is an interesting project of a young and ambitious team. In some aspects, the game is a little raw. In general, you will find a very exciting and confusing story, as well as high-quality gameplay. 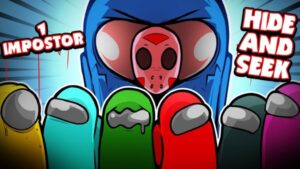 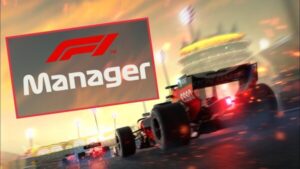