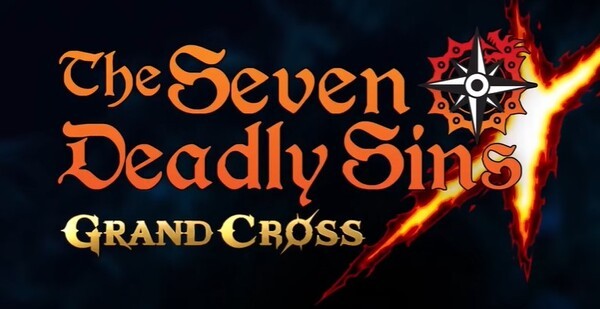 Various works, like movies, cartoons, TV shows or anime have always been an excellent basis for creating games. You can find official projects of Disney, Marvel, Star Wars and other famous companies in the open spaces of Play Market. If you are a fan of any popular anime, then most likely there is at least one game based on it.

The Seven Deadly Sins: Grand Cross is a fun, intriguing RPG based on the manga of the same name. Creation found great popularity not only among Asian users, but also among players around the world. Despite the recent release of application on mobile platforms, it gained growing popularity. Excellent dynamics, a unique combination of skills and abilities, giving impressive attacks that can give you unforgettable emotions from the battles. For fans of fun RPGs, we also want to recommend Metal Revolution and Pocket Defender.

Tens of millions of downloads in Google play and thousands of positive reviews are already an excellent reason to appreciate The Seven Deadly Sins. We suggest that you familiarize yourself with its main advantages.

Minimum differences from the original

The developers transferred the appearance of the characters to their brainchild and it was a smart move. They sketched superheroes, locations and other elements from the anime cartoon. Because of this, most users can enjoy delving into the game world with great pleasure. The game allows users to view some stories from the popular anime, and besides that, take a personal part in the passage of various quests. You can pump and collect a large assortment of superheroes in this turn-based RPG. 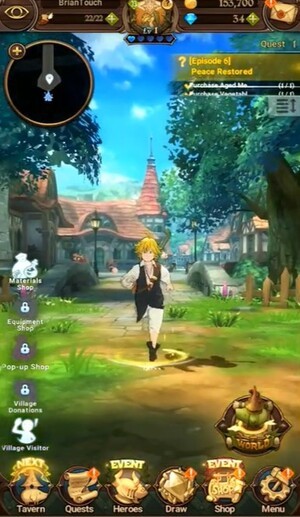 The game plot is well developed along with basic mechanics. This is not the case when the game mechanics hide behind numerous dialogues. Developers of The Seven Deadly Sins: Grand Cross worked out everything conscientiously. The plot as a whole repeats the history of the anime, with some deviations for the sake of mechanics. The characters are also quite recognizable. In this case, it is possible to replay the game repeatedly, turning it outside the box, not the way it was.

The characters outwardly fully embody the cartoon characters, so players get the impression that they have moved into the anime and have become an integral part of it. Because of this, the game allows you not only to watch your favorite work, but also to participate in it, transform, try on the role of one of the main characters. Embark on an adventure and new experience.

Improve the abilities of heroes

Each hero in The Seven Deadly Sins: Grand Cross has a certain number of slots that you can fill with skill cards. Use any skill to attack the enemy or support your squad. Depending on what individual characteristics the skill has, it is possible to combine it with another, enhanced, or translated as passive. There are a lot of both available heroes and skills in the game, so you will not be bored. Pick up different tactical ligaments, use members of different squads to create the most efficient combat unit or go through the campaign with an authentic unit. 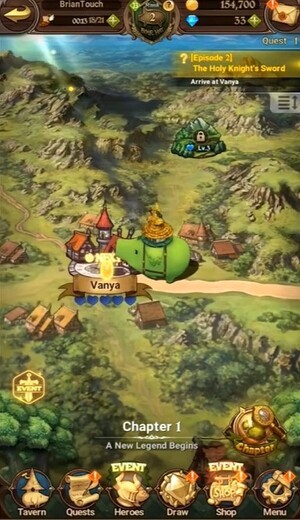 The developers did a good job on the mechanics of The Seven Deadly Sins: Grand Cross. It seems unique and unrepeatable. In many other games, players will not find anything similar as in this application. As we said, the graphics in the app try to be as anime-like as possible. As for the voice acting, it does not lag behind the visual component. We guarantee maximum immersion in the gameplay.

We suggest you download The Seven Deadly Sins with a built-in mod menu. It gives you access to the possibility of increasing the parameters of attack and defense. For example, in the regular version of the game, you can attack opponents, taking a certain amount of HP from them. However, now at any time you can open the menu and increase this parameter by as much as 100 times. In other words, you will be able to deal with any enemies with one blow. We can say the same about defense. In fact, your heroes will be invulnerable to enemy attacks.

By the first entry into the game, you will see a video that can help you immerse yourself in the atmosphere of this world. Meet with characters, as well as main goals of the gameplay. After the video and downloading additional files, you can proceed to the walkthrough.

The Seven Deadly Sins is the name of a team of seven knights, distinguished by their special power and cruelty. Their goal was to overthrow the king and establish a new government. Seven suffered a setback by the Order of the Holy Knights, but a rumor says that the team actually survived. Ten years later, the Holy Knights overthrew the king themselves, but the power they established turned out to be a real tyranny. In order to save her country, the third daughter Elizabeth goes to look for the seven knights in order to restore justice with their help. 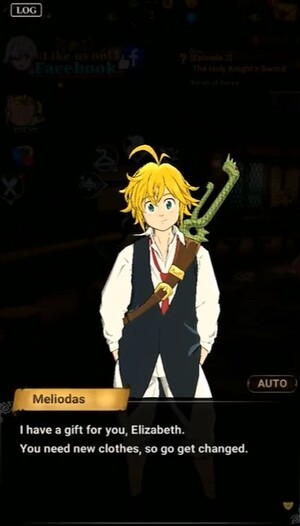 A small tavern called the Hat of the Boar traditionally serves excellent booze, but the taste of the food is not so good. The local pig reluctantly eats all the dishes. This atmosphere crushes with the appearance of a knight in heavy armor, who turns out to be Princess Elizabeth. Somebody announced a hunt for her head, but the innkeeper helped her contact The Seven Deadly Sins organization.

Already in the first battle, you will learn how to use the necessary cards from the deck to achieve your goals. Read the description, choose the desired card and remove unnecessary ones. Strengthen your skills by merging identical neighboring cards. Choose the optimal ratio of cards in order not only to attack, but also to weaken the enemy. Watch the health level of your heroes. Enjoy spectacular combat animation. Each battle makes a significant contribution to the development of the plot. Watch the dialogs carefully in order not to miss important information.

If you love anime-style games, and even more so if you are familiar with above-mentioned work, then you should download The Seven Deadly Sins: Grand Cross. Here, you will find an amazing atmosphere, charismatic heroes and dangerous adventures. Enjoy a combat system that requires a strategic approach. The ability to fight side by side with friends against dangerous enemies. Combine your best cards to achieve the result and become the strongest hero!

How to Install The Seven Deadly Sins Mod?