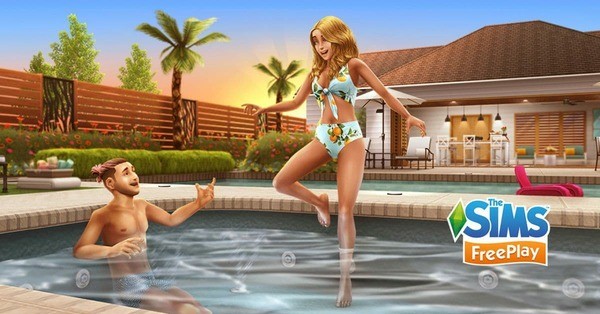 The Sims FreePlay is a free-to-play game from EA that brings the usual The Sims games to mobile devices in a very successful way. You can build Simtown yourself, develop the city’s community and determine the style of its improvement. You can choose which characters can live in your city and what dreams they want to fulfill. Control your characters and create the best living conditions for them, fulfilling all their needs. Create a goal for your heroes and become the most successful businessperson or the most popular musician. Fans of similar projects should also play Barbie Dreamhouse Adventures and Miga Town: My World.

The Sims FreePlay has over 100 million active players and over 5 million of them have left their positive reviews about the main game features.

You can become anyone

You can create a character with any appearance, gender, age. Customize your character’s habits as you wish. For example, it is easy to create a sleepwalker or a child with the habit of sleeping on the floor. Choose desires and strives of your character already during creation. The fate of your wards in The Sims FreePlay is only in your hands. Will your hero become an exemplary family man or a rude drunkard? Are you able to bring a new rock star into the world or just create a regular office clerk? Has your character won the Nobel Prize in Physics? Fate is completely in your hands and everything that happens in this world depends only on you and your decisions.

Keep track of needs of your charges

Characters in The Sims FreePlay always have needs. For example, if you don’t feed your hero on time, there is a chance that he can starve to death. If you don’t let your hero sleep, he can faint right where he is. With no rest, the character may become sick from overwork. Moreover, it is necessary to always monitor and treat arising diseases. Does your character suffer from a lack of human communication? Solve this problem urgently, otherwise he can get depression and lose productivity. The same can happen due to lack of leisure, constant boredom and life problems. Send your heroes to work on time, keep track of what they need, give them a little more and become a real creator of happiness.

The Sims FreePlay, unlike the original games in the series, has many different quests. In total, we can divide all in-game tasks into four different groups. For example, with the help of story missions, you can unlock new opportunities and items, such as weddings, wedding dresses and births of children. By completing weekly tasks, you can receive keys to various boxes with items you definitely need. Social tasks allows you to visit neighboring cities, while finishing quests you can get communication points. In addition, the game features different events that usually last for a short time and give the player access to the most gorgeous rewards and content. 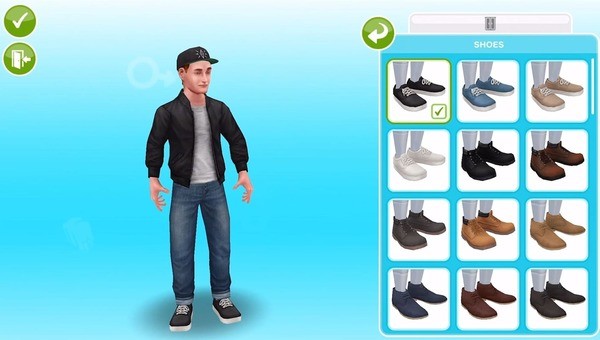 The Sims FreePlay is EA game and this is clearly visible in terms of graphics. A huge number of objects, characters and buildings constantly appear on your screen, which you can twirl as your heart desires. At the same time, all items look great and detailed. The music immerses you in the familiar and enjoyable atmosphere of famous franchise games. The interface is simple, convenient and understandable to anyone. Moreover, all in-game sounds are not annoying and help to focus on what is happening on the screen.

Like many modern mobile games, The Sims FreePlay has not avoided the problem of donation and long development. If you want to get access to most of the game content, you have to either invest a large amount of money or spend a huge amount of time. Not everyone agrees to play the game for months in order to discover a new dress and a much smaller number of people want to donate. We can help you by providing a mod for unlimited money and VIP status to play with no limits.

We confirm that after installing the game you immediately activate VIP. In addition, any user can spend as much money as he wants, because its amount is endless. By the way, money plays a fundamental role in The Sims FreePlay. For example, you want to buy a new piece of furniture for your home, such as a sofa. Regular game version provides you with only few unsuccessful models to choose from, while the rest cost money available only to owners of VIP status. However, by downloading our mod, you can get access to several dozen types of sofas. So choose only the best for your home! The same applies to all other items in the game.

The gameplay repeats The Sims series with some innovations, such as multiplayer, various quests and constantly held events. There is simply no specific narrative line within the project. You control the hero, create family and personally build his story. There are no certain memorable heroes in The Sims FreePlay. All residents of the town speak their fictitious language, which adds warm colors to their image, but does not contribute to remembering names.

As for the in-game world, it is lively, active and very beautiful. If you leave your hero in the house for a week, life around still goes around, as other residents continue to rush on business. This makes the gameplay more interesting. Nobody and nothing limits the player in matters of choosing the further path of character development, so we can call this project a big sandbox.

The Sims FreePlay is a great transfer of famous series to mobile devices with tons of new opportunities, needs and activities. Moreover, the developers added many new elements to improve the game.

How to install The Sims FreePlay Mod?

Don’t forget to delete the original version of The Sims FreePlay before installing our modified version to prevent errors during installation process.