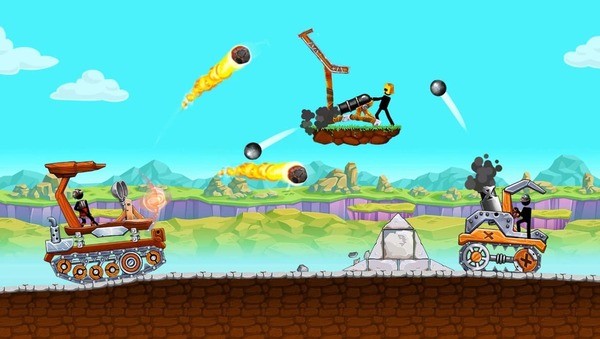 The Tank is an arcade game from the developers of BYV. You have to drive a tank and shoot at enemies. However, the tank can have not only a muzzle and shells. Install a catapult, ballista or other powerful weapon on its body. Move forward and destroy enemies. Each killed will bring you money, for which you can later purchase additional shells, bombs, and so on. Thus, overcome level after level and move towards the goal. The controls in the game are very simple. You just need to touch the screen of your mobile device. Pull to aim and then select the strength of the throw and make a volley. You will find many levels, interesting gameplay and funny graphics. If you like arcades, then download Hashiriya Drifter and Pocket Love.

If you are interested in the gameplay of The Tank, then read our review. 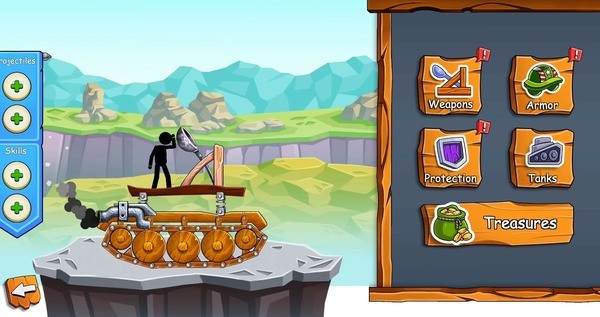 The protagonist of the game moves on a wooden tank towards his enemies. You need to destroy enemy catapults with tower archers, ballistas or your own catapults. Kill gunners to reduce the quality of hits. Destroy the mechanisms of combat vehicles. This will minimize the damage done to you and live longer. The game contains puzzle elements that can develop logical thinking. The goal of the game is to capture other people’s castles using a catapult mounted on a tank.

The Tank is divided into three modes: two players, campaign and endless mode. Two player mode offers players to play on the same device. Before starting the game, you must select one of the previously unlocked weapons. Campaign mode is a standard single player leveled system. It is possible to improve and change weapons and ammunition.

Endless mod is a never-ending game where the winner is the one who lasts the longest time. The game has various reward and reward systems. For example, the wheel of fortune, which you can access every three hours, as well as a daily reward. Prizes in it will grow with duration of the visit to the game.

At each level of The Tank, the player has a simple task – to destroy all the enemies located on the stone platforms and at the same time try to not to take damage. The number of shells is not limited and you need to control the tank with the help of swipes, which allows you to adjust the speed of the projectile and its height. Completing additional tasks (a certain percentage of accuracy, number of enemies killed, double kills, etc.) will bring nice cash rewards. 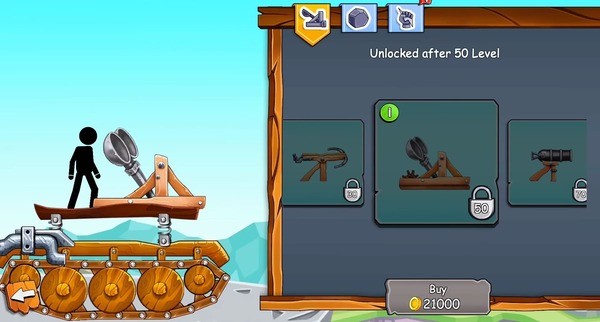 When you return to the menu, don’t forget to check out the store. Here you can not only buy a new catapult for the tank, but also improve it. Buy new shells and install protection in the form of a fence or an energy field. Build a castle, upgrade the main character’s defense and acquire useful spells.

We suggest you download The Tank mod APK for unlimited amount of money in order to acquire the best ammunition and uniforms for your weapons.

The Tank offers the players to use not only a catapult, but also an arrow thrower, as well as cannon that more accurately copes with hitting and destroying targets. Throw stones, bombs, cannonballs and any magic projectiles at the enemy and remember that in war all means are good. The utility will also please gamers with the appearance of skills.

Now you can hit the enemy not only with a powerful volley, but also with an accurate lightning strike. However, there are other significant changes as well. For example, it has become much more difficult to defend, the number of opponents has increased, in addition to the classic mode, a campaign mode has also appeared, consisting of 90 levels. 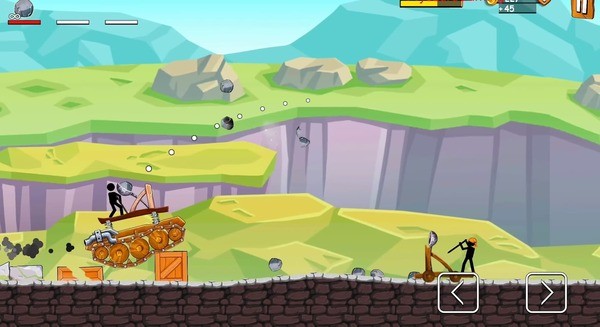 However, that is not all. If earlier you fought only with stickmen, now artillery, rams, combat mechanisms and the like will be stand against you. To win, you have to go through a lot – strengthen the defense, strengthen the tank and upgrade its attacking guns. Use new features and mod for unlimited money to the maximum.

The Tank is a simple arcade game that allows you to have fun and spend your free time with interest. Upgrade your tank and don’t forget that wood burns very well.