The Witcher: Monster Slayer is a mobile augmented reality game based on the Witcher universe, just like Pokemon GO. Take on the role of one of the witchers and go to exterminate the monsters that have invaded the Continent. Look for monsters in locations and fight them using smartphone. Take into account various conditions in battles. For example, time of day or weather, collect trophies and complete tasks that provide a certain reward. The events of the game unfold long before the time of Geralt of Rivia. Therefore, you will not meet the most famous witcher. To defeat a monster, you first have to hunt it down or set up traps and baits and then use potions and magic bombs. If you are interested in the game universe of The Witcher, then download The Witcher Tales: Thronebreaker.

The Witcher universe attracts millions of players. The Witcher Tales: Thronebreaker will allow you to experience new adventures in a familiar world.

This project is quite similar to the well-known and very popular Pokemon GO game. Only unlike the project about Pokémon, here you don’t have to catch monsters, but fight them. First, you need to find a monster on the map, get to it on foot in the real world, catch it in the camera lens and start a battle. The player has two types of strikes: fast and strong. Use short swipes to make usual hit, while the latter requires using long ones. 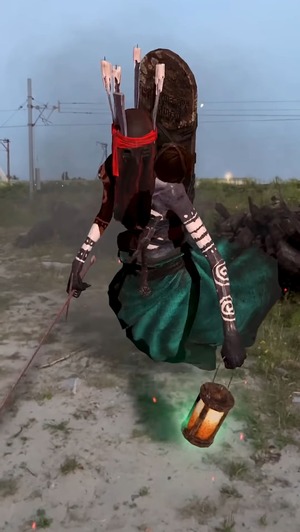 Each monster in The Witcher: Monster Slayer has a yellow critical damage bar above the health bar, which the player fills. Once it reaches the maximum, you can deliver a powerful blow that removes more health. However, if the monster starts attacking the player, the critical damage bar will be lost, so you need to guess the moment and block the blow by keeping your finger on the screen.

A distinctive feature of Witcher series is the process of preparing for battle. Players browsed the bestiary, studied oils, potions and bombs to pick up, and only then began to fight the monster. The authors have kept this mechanic in mobile The Witcher: Monster Slayer. By clicking on a monster, you can see what types of attacks, weapons, oils and bombs it is vulnerable to. Therefore, the player can increase his chances of winning the battle.

You can either purchase oils, potions and weapons from a merchant, using separate menu or you can craft yourself. Resources for production of items are scattered around the map and fall out of monsters, so it will be necessary to walk a lot down the street. Earn coins for completing quests and tasks such as “kill 10 normal monsters” or “repel 10 attacks in one battle”.

As in every The Witcher game, developers paid great attention to character leveling. In The Witcher: Monster Slayer, the developers left this system as well. The player has three branches of hero development: combat, alchemy and signs. The first increases damage and defense, the second allows you to use potions and oils more efficiently and the third opens up new signs and improves existing ones.

There are several ways to earn upgrade points. The first and most logical is increase of the character level. To upgrade the hero faster, the developers have provided another option for getting points – killing several monsters of the same type. For example, three drowned men or ghouls. Moreover, you can repeat the scheme after completing this task to get pumping points again, but number of monsters will increase. 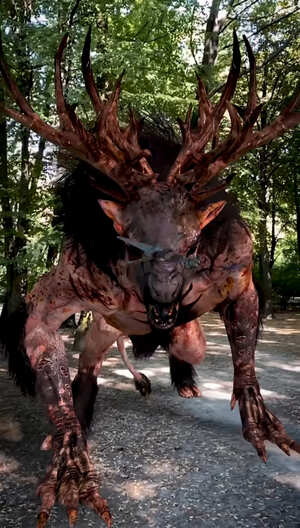 You can also improve your character by purchasing new armor and swords. However, now they are too expensive, and it is difficult to save up for them right away.

The Witcher: Monster Slayer uses a clever mix of virtual graphics and reality. The game requires a sufficiently powerful device for full functionality. However, you can always reduce the graphics settings by choosing the one that suits you best. In general, the project looks modern, as all the monsters and characters have good detailing. In addition, music sounds in the application, which only adds atmosphere to overall immersing.

The project in question requires the user to move around the area frequently, but bad weather may interfere with player’s plans. In addition, there are many restrictions due to coronavirus pandemic. So that nothing bothers you, we suggest downloading The Witcher: Monster Slayer with a mod for a hacked radar and fake GPS. Thanks to this, you can enjoy the project at home. You do not even have to go anywhere in search of monsters! In addition we provide you with mod for unlimited damage, god mode and no ads.

Since the game is new, it is constantly updated and refined. For this reason, some users may experience problems and interruptions in mod functionality. Our team is monitoring the development of events, so we will provide the most current version of the game as soon as possible.

Use signs during the fight with monsters. From the very beginning of The Witcher: Monster Slayer, only Igni (fire) is available, but then you can get Aard and Quen. Igni inflicts significant damage, which at the very beginning saves a novice witcher. It is noteworthy that you can find cursed trees on the map. They represent a kind of pyramid in which players need to destroy several opponents in a row without restoring health. This test is too difficult for a novice witcher, so we recommend you to refer to it later. 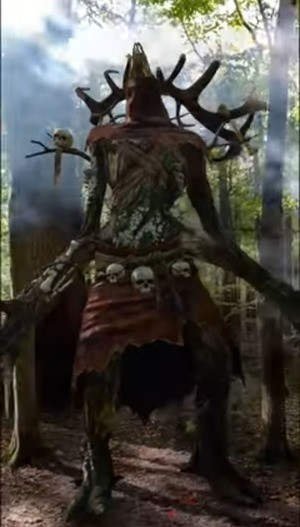 Preparation for battle also plays an important role. Each monster has its own weak points. Someone is vulnerable to silver, someone to steel. It is preferable to use strong blows and Igni sign against the drowned man. Nakers are more vulnerable to frequent quick hits and kinetic damage, which means that Aard sign and basic bombs will be effective. It is necessary to find such an approach to each enemy.

There are many monsters roaming the world (37 common, 25 rare and 16 legendary) and they are quite diverse. In general, we want to note that the models of the opponents are quite high quality (rock troll and endriaga turned out to be especially successful), but some, for example the drowned man, are still clearly incomplete and look strange. Each monster you meet has a difficulty level. If you can kill “simple monsters” without wasting resources, then “medium” or “heavy” will have to tinker with and perhaps even retreat.

Do not forget that it is a shareware game. The Witcher: Monster Slayer has all the features of this kind of projects. It takes real time to craft. There is a store where you can buy new armor, weapons or consumables for in-game currency. Buy currency for real money or earn it by completing daily tasks. In general, everything is as usual: you either pay or get everything at once or you waste your time.

Spokko Games studio has released an excellent game in augmented reality. Developers managed to take all the best from Pokemon GO and The Witcher 3 and provided players with opportunity to feel like real witchers. Therefore, we recommend you to download The Witcher: Monster Slayer.

How to install The Witcher: Monster Slayer Mod APK?