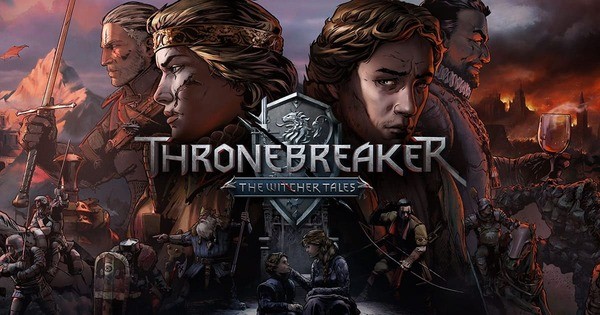 The Witcher Tales: Thronebreaker is a role-playing project from CD PROJEKT S.A. studio, which tells about the adventures of familiar characters from the universe of Witcher Geralt. The creators went for an experiment and at the same time tried to please all Gwent fans. The experiment turned out to be very successful, as the game perfectly combines interesting plot, well-developed heroes and very cozy board game. Each battle in the game represents Gwent in its usual sense. However, all battles consist of only one round. At any time on the way, you can set up a camp, which allows you to fill your squad with troops and improve them. In addition, the project is filled with exciting puzzles. This is solution of certain logic puzzle, and absolutely every puzzle has unique conditions for its solution. The difficulty of the puzzles is moderate and you can solve them yourself with a little thought. If you are interested in role-playing games, then download also Path of Evil: Immortal Hunter and Diablo Immortal.

The Witcher Tales: Thronebreaker for Android is completely similar in content to versions for PC and consoles. The developers only adapted the controls for touch screens. Players can import saves from other platforms. At the time of article publication, the average rating of the game is 3.9 points out of 5. Users praised the game for its gameplay mechanics and visuals. Most of the negative reviews are related to problems downloading the title.

The Witcher Tales: Thronebreaker’s narrative revolves around Meve, Queen of Rivia and Lyria, as she leads her army across the continent in an attempt to repel the advancing Nilfgaardian army. Her entourage features bold and memorable characters. The narrative gets interesting twists and turns as Meve makes her way forward. The app has enabled 20 end states of the world through its branched narrative, which harmoniously adds replayability to already impressive 30-hour campaign.

In typical Witcher fashion, most of these choices are morally ambiguous and ultimately boil down to choosing the lesser of two evils. As always, Sapkowski’s penchant for philosophical wormholes is present in this harsh, magical world. In general, the plot has the form of short static comics and dialogues with images of characters. Moreover, it represents a fan service for lovers of original books.

The outcome of battles in The Witcher Tales: Thronebreaker depends on your ability to play Gwent. True, there are enough differences from both previous incarnations of this CCI. The most important of them is that the rows for your and enemy cards are only two instead of three and there are no class restrictions between them. Each card can fall into any row. Properties of some of them are related directly to cards located to the right and left of it.

Since we are facing an exclusively single project, here the developers did not need to build the most difficult balance between decks on opposite sides of the barricades. They were able to experiment freely with mechanics that would have been impossible in multiplayer Gwent. Do you want a squad with a strength of 100? Why not! Do you need a messenger who will lead an entire army? There is also such. There are more than 250 cards in the game and twenty of them are completely new, created specifically for the single player campaign. In the end, army of Meve will turn into an invincible and fearless force.

Each puzzle in The Witcher Tales: Thronebreaker is a regular game in Gwent, but with special conditions. The puzzles are completely unique and do not look alike at all. In terms of complexity, they are not as separate. There is not much to write about them, just play yourself to understand. For masters of Gwent and those who understand how the game works, it will not be difficult to settle in combat system, which is good training.

The right choice is not always the right one

As in the original Witcher games, you have to make very difficult decisions in The Witcher Tales: Thronebreaker. The result is not always predictable. We decided to help one of the elves. Next time he will betray you, because of the people that he started having problems and it does not matter that you saved him. We decided to pardon the enemy, so your ally will leave the detachment, because you should have executed him in his opinion. Therefore, there are no right and wrong decisions, as there are only consequences that you have to face.

If we talk about companions, then each of them in The Witcher Tales: Thronebreaker has own goals and reasons why they joined you. In addition, each has an analogue in the form of a very strong card for Gwent. The strength of the card depends on your partner’s predisposition towards you. It will not work to please everyone, since the squad is going to be very different. Making some decisions, you can strengthen one ally and lose another. When an ally leaves, his card is also lost. At the same time, the system is implemented in such a way that it is not always clear what decision can lead to the departure. Therefore, it will be very difficult and, probably, almost impossible to reach the final with everyone.

The visual design of The Witcher Tales: Thronebreaker is amazing. Absolutely every location – from the spacious fields of Lyria to the snow-capped peaks of Mahakam – is just a delight for the eyes. Sometimes the game creates landscapes of amazing beauty. The deepest effect of immersion in this atmosphere becomes possible due to support of a gorgeous soundtrack.

The voice acting has the highest level. Since there are no animations, and the time to talk is unlimited, the actors have outdone themselves. Each text is very emotional and amazingly beautiful. It is like listening to a very well voiced audiobook. Every time you are amazed at the actors’ play, their voices and how well they are chosen, especially the voice of the narrator.

The first few hours of The Witcher Tales: Thronebreaker are available free, and the further gameplay costs about ten dollars. However, we offer you to download the full version of the game free.

The global gameplay of The Witcher Tales: Thronebreaker is very simple. You run around the map, collecting resources and recruiting recruits. Occasionally find treasure maps, meet other heroes and participate in some scenes. Quite often, you will have to face a difficult choice, since your soldiers also evaluate your decisions and can either accept them or not. Accordingly, in the first case, their morale increases, giving +1 to strength in battle, in the second, they receive –1 to strength.

In fact, it greatly affects the gameplay. Sometimes you think to act not of your own free will, but to please the opinion of your soldiers. There may be a difficult battle ahead that can be lost if the soldiers are in a bad mood. In addition, you need to maintain discipline in the army. For example, a few soldiers defect from the army and you caught them, but did not punish. This is a big mistake. In the evening, they will take a few more soldiers (there is no punishment), rob treasury and hide in unknown direction.

You can also set up camp on the global map to read reports from scouts, talk to allies and rebuild the deck. Unfortunately, this is where all the gameplay features end. Then the game gets a little boring both in the Gwent part and in the global one.

If you love the universe of The Witcher and Gwent, then the game is strictly necessary for acquaintance. You will find many familiar stories and heroes and get at least 30 hours of pleasure.

How to Install The Witcher Tales: Thronebreaker Mod APK?

Before installing modified application, you need to go to the Play Market and start downloading the original version of The Witcher Tales: Thronebreaker. When the download starts, cancel the download and install the mod. Download just APK file, as cache loads by itself after the first launch. Please note that cache takes about 4 gigabytes of memory device. Please consider this before installing.