Thetan Arena: MOBA & Battle Royale is a fun RPG game where everyone can earn money. Grandiose battles unfold on battle arenas and await their heroes with the possibility of pumping and a variety of weapons with a whole bunch of abilities. Each skill belongs to one of three groups. They include long-term effects applied to comrades and foes, a powerful attack that inflicts huge damage on enemies in a short period and support of an ally against an enemy attack. Choose the moment and cast a special skill to turn the tide of the battle in your favor, no matter what mode you are playing. The project includes a royal battle, in which more than 40 characters destroy each other to the last survivor. Do not forget a traditional PvP mode, where 2 teams of 4 people prove superiority, and much more. These directions of the game will make the gameplay really varied and exciting for users of all ages. Download also League of Masters and Pokémon UNITE. 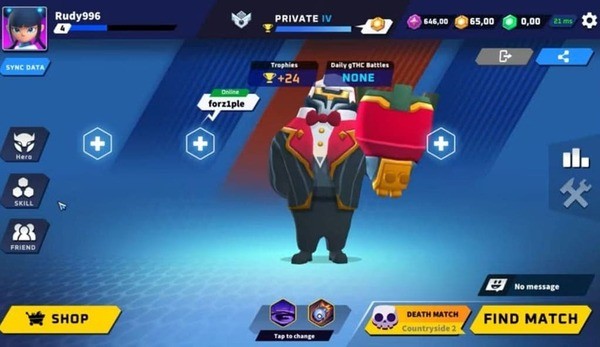 The game release was at the end of November 2021, but in just a few days, users downloaded the project more than a hundred thousand times.

The game has many modes called events. All of them, one way or another, are at the testing stage. More specifically, there are four main modes in Thetan Arena. Let’s consider them in a little more detail:

Start playing Thetan Arena on a map, where units appear at different ends. Crystals appear from a well in the center from time to time. Main goal of the players is to collect these crystals and take them away from the opponent. The winner is the one who first collects 10 crystals. They can be either for one player or in total for several team members. After that, a countdown begins, during which opponents can try to change the course of events by taking the crystals from the enemy. It lasts about ten seconds. If the team manages to survive, then it gets a well-deserved victory.

At the same time, the player controls his character, who can move around the map and shoot in Thetan Arena. There are many heroes, each with their own characteristics. They consist in the type of shot and the super blow – a special skill, which scale fills up as you damage your opponent. There are many heroes in the game, and they have their own characteristics. For example, here you can meet a character with a bear, which she releases on opponents as a super blow. Others just do a lot of damage in the direction indicated. 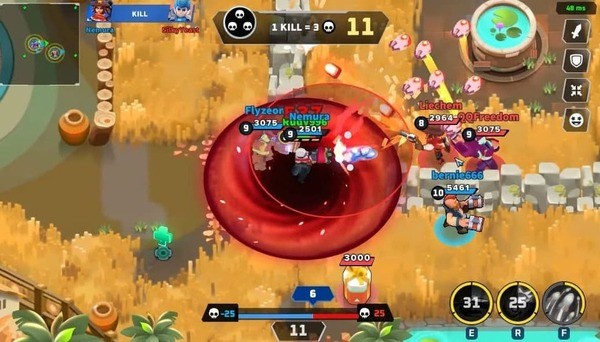 The ability to earn cryptocurrency

Thetan Arena uses blockchain technology, which allows the most fortunate and successful users to earn money by achieving success in the project. To earn cryptocurrency, you need to play for special heroes. It is impossible to get them at the start of the project, so you can purchase them during the adventure. After that, as the developers promise, users will be able to withdraw cryptocurrency to an external wallet.

Thetan Arena features 3D with cool animations and shadows. In addition, the sound design is also great, which can compete even with projects on a PC.

To make you feel like one of the best players, we suggest you download a mod that allows the player to play on the private Thetan Arena server. At the same time, you will have an unlimited amount of money.

The developers of this project managed to create a real fascinating project in which drawn participants, constant tasks and epic fights themselves are waiting for you. In addition, you will find convenient control with various modes. You have to collect your team, win or find new heroes and then pump their skills. Before each battle, you can independently decide whom you want to take with you into battle. 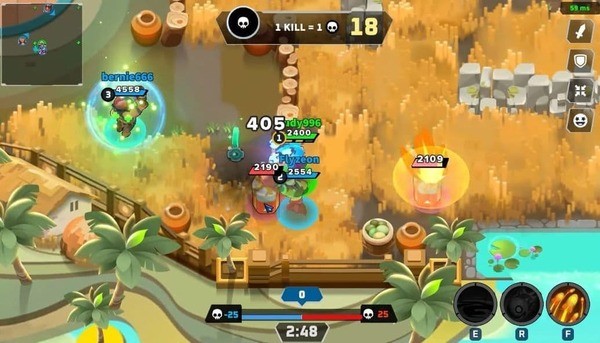 Matches in Thetan Arena are short-lived. In just 2-3 minutes, you can find out if your team won or not. Two equal teams can take part in each battle. Each group consists of two to four fighters who have special skills. The most interesting thing is that at any time you can change the mode and get on the map – one against 10. This means that you have to fight on your own, not counting on support. You have to watch the heroes from above, since the developers came up with it for passing. Locations look interesting enough and can change. Despite this, each of them has a place to hide. Various hills or buildings can help you hide and strike a decisive blow in the future. In addition to agility, you have to pump skills and accuracy. Your task is to destroy the enemy, so it is very important to get into it.

Thetan Arena is a blockchain-based esports game. You can collect friends, form a team, fight with others and earn money only with your skills.