Toon Blast is a colorful and entertaining puzzle game from the developers of Peak. Plunge headlong into interesting adventures with Bruno the bear, Cooper the cat and Wally the wolf, and go through thousands of exciting levels, making combinations and breaking cubes to help the heroes go all the way to the end. This game is similar to the classic match 3 like Candy Crush Soda Saga, but the mechanics are slightly different. You don’t need to move stones to make a combination. Your main task is to look for paired cubes of the same color and blow them up. To make this task easier to cope with, you have access to a variety of bonuses that can help you to clear the field and complete the level.

In total, Toon Blast features more than three and a half thousand levels with different tasks in each of them. Somewhere you need to knock out several stones of a certain color or clear the field from quicksand. Other levels come down to saving ducks. Just bring them down from top of the map, blowing up stones under them.

Millions of people play in Toon Blast, and now we are going to tell you why it is so popular.

As mentioned above, Toon Blast has more than three and a half thousand levels, while the constantly updates with new ones. Initially, you participate in easy trials using tooltips, so the first worlds are easy to complete. However, as you progress, the levels become more difficult with new tasks arising. You can receive bonuses for successful passing of levels.

Use unique bonuses to break all stones

Toon Blast has a system of boosts and bonuses that makes playing easier and more interesting. Use a colored disco ball to break all the stones in locations with the same color as the ball itself. Equip yourself with a hammer and break one specific stone that prevents you from completing the level. Take a bomb and destroy everything in the vicinity! In general, the game bonuses are varied, and their number is constantly growing during the passage. Thus, you always have a chance to complete even the most difficult level, taking advantage of epic boosts.

Simple gameplay suitable for both adults and children

The game has colorful style, so you can easily put a child in this game and distract him by going about your business. However, adults also have something to do in Toon Blast, as it constantly challenges players and carries away from the first levels. The app interface and the gameplay itself are simple and intuitive, as at the first locations you receive help as hints to understand all intricacies and mechanics of this exciting game .

Complete all levels with three stars and get additional rewards

Toon Blast has a score and star system. You can collect from one to three stars for passing the level. Accordingly, the more points you score the more stars you get. It is important to complete each level as well as possible, because upon reaching certain points in the game you receive special bonuses, provided according to the required number of stars in your asset. This is another incentive to gain more points and improve your results.

Create teams with friends and help each other in passing

Invite your friends to the game, create teams with them and play online. Join a group chat and discuss gameplay or ask friends for help in passing a difficult level. You can always take advantage of pleasant bonuses from a team of like-minded people: get extra lives, coins or boosters. In addition, the game contains general team tasks. If they are successfully completed, all members of your clan receive a special command chest.

Toon Blast is a very bright and beautiful game. Moreover, dynamic levels with colorful effects from using bonuses and boosters only add to the overall pleasant experience of using this product. In addition, the game is not demanding on the system, so that most Android users can enjoy it. As for sound effects, you can hear several calm melodies, as well as sounds from explosions of stones, rockets, bombs, balls and other bonuses, such as an anvil or boxing glove.

Toon Blast is free to play, but the player has only five lives and a small amount of money to purchase bonuses. That’s why the game usually lasts until the first difficult level, after which you need to wait until lives restoration or save coins for a long time in order to buy another hammer or bomb. However, you can download a modified version of the game and take advantage of unlimited lives, moves, coins and bonuses with no ads. Does it sound tempting? Now let us tell you more.

We played Toon Blast and guarantee you the mod works properly and safely. Just download, install and run it. After that, all the bonuses will be at your disposal, no additional action is required.

All bonuses cost game coins in normal mode. With our mod, your account initially has 200 coins, but they are endless. Thus, before starting any level, you can choose three different boosters. Each of them costs 100 coins, but since you have infinite money, you can borrow three each time. You also have access to the possibility of endless bonus chests opening, where money and various boosters drop out. In total, you can open 50 chests, accumulate boosters and use them during the levels as many times as you like.

In addition, you can get endless lives. Initially, there are five of them. If you lose, you spend one try, but in fact, there are five left, which means they are endless. The same situation with the moves. Each level provides for a certain number of moves, but if you don’t have time to meet the required number, then don’t worry. You can extend the time for completing the level indefinitely.

Toon Blast is a great casual game to kill time and train your brains. Solve puzzles while enjoying colorful graphics and interesting levels. Moreover, you will no longer have any problems in passing with our mod.

How to install Toon Blast Mod?

Don’t forget to delete the original version of Toon Blast before installing our modified version to prevent errors during installation process. 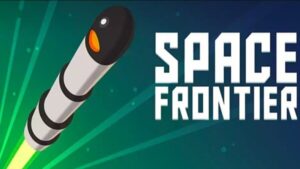 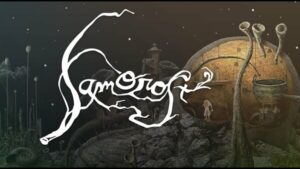 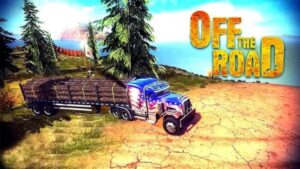