Total Destruction is a game designed to make important decisions related to the destruction of various houses, buildings, islands and other objects that may prevent you from passing further levels. Expect 35 most interesting and difficult levels, where you will meet a huge number of enemies. Deal with them using machine guns, bombs and rockets, tanks and even nuclear bombs. Demolish the terrain and positions of the enemy, leaving the enemy no chance of survival! Use a variety of weapons and watch their effect. After completing all the missions, go to a dynamic sandbox where you have to destroy enemy positions using your favorite weapons. Destroy buildings, demolish hills, break through defenses on tanks and shoot continuously, without stopping for a second. We also recommend downloading City Smash.

If you are interested in the details, then read our review and familiarize yourself fully with the features of the gameplay. 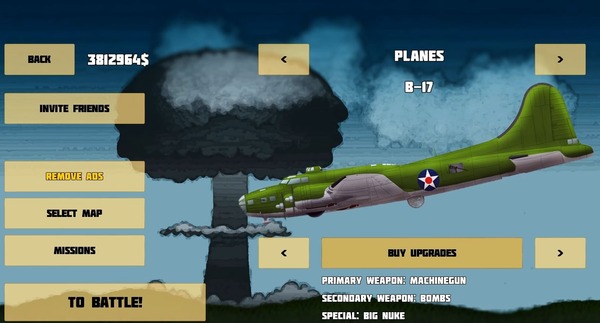 Perform combat missions, driving a tank, a jeep hung with machine guns, a helicopter and armored personnel carriers of different generations. As the game progresses, many fierce battles, fast-paced fights, destruction of buildings and bunkers, and fortified positions await you. You will be able to improve equipment and unlock new types of it. Open up a sea of ​​additional missions and military locations. Control a tank with a standard gamepad, move to the right in the level and shoot planes, helicopters, cannons and armored personnel carriers of the enemy. Destroy soldiers and apply large-caliber guns, machine guns, throw mines and grenades. Spend the money you earn on improving ammunition, upgrading armor.

Total Destruction consists of many levels, each of which requires you to make the right choice with one of the bombs in order to make three throws. In case of meeting all the conditions, the player will gradually move forward. New types of explosives will open in front of him, bringing more points earned. Not all missions come down to destruction, so you need to read the conditions carefully so that you do not have to replay it again. For example, you cannot hook trees or blow up only a certain object. Some of the levels require passing using just one or two bombs – it depends on experience.

Explore locations and get rewards for achievements

Total Destruction offers players to visit snowy locations, destroy a sea of ​​fortified bases, and face fierce resistance from both AI enemies and online opponents. Along the way, you can get a lot of achievements that allow you to equip vehicles with additional types of weapons such as napalm and rocket launchers. There are events and updates. Take part in a free battle to destroy the maximum number of enemy units. Try your hand at completing a huge number of story tasks, leading the selected technique. The project features simple management, opportunities for improvement and development. 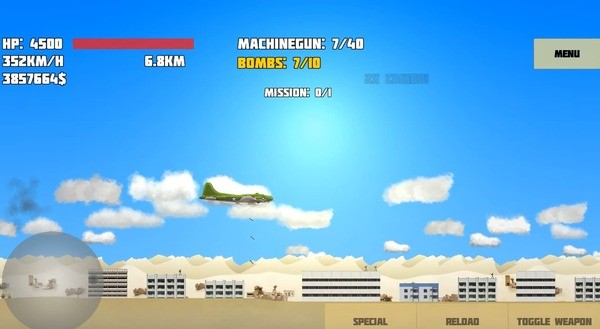 We suggest you download Total Destruction mod for an unlimited amount of money, which allows you to use the best equipment without restrictions.

Total Destruction is an adventure in which the user gets the opportunity to control various equipment and destroy everything around. Work from a well-known company, which is an understandable action shooter with classic joystick controls, numerous missions and cool visual effects. It is about military operations in different parts of the world, during which the user will manage various military equipment and destroy enemy combat units, buildings, fortifications and buildings. Missions will involve a certain amount of risk, as the enemies will fiercely resist, shoot, use traps and ambushes. 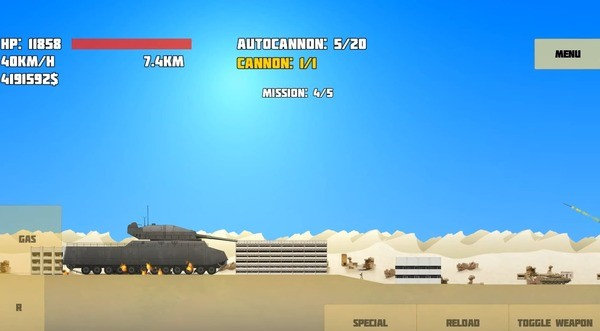 Start the game and take the first mission. Head to the right while driving a tank and fire cannons and machine guns at the enemies. Destroy soldiers, armored personnel carriers, helicopters, towers with machine gunners, firing points, jeeps, artillery crews and other units of Total Destruction. Get currency for destroying the enemy and additional bonuses for well-aimed hits from a long distance. Attack the ground and air, use hills and ravines, houses and trees to hide from enemy shells.

Destroy all objects according to the briefing and get access to new targets that will not be so easy to deal with. Upgrade your technique between battles, increasing your armor and the damaging power of your projectiles. Open new types of equipment and try to complete missions by controlling a helicopter, a boat with a cannon and a machine gun. Clash with brutal boss fights, use mines, missiles and even laser weapons, maneuver, evade, attack quickly and decisively to give the enemy a chance to recover. Complete the main story missions and unlock additional challenges.

Total Destruction is an addictive game where the player has to destroy everything in his path using a variety of equipment. It’s fun and helps relieve stress.