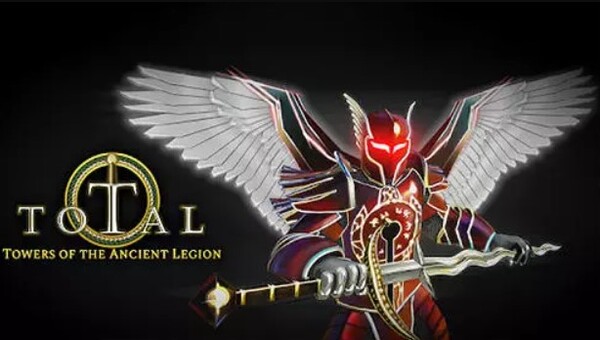 TotAL RPG is a role-playing game from Tzar Games Studio. This time, try hand at the role of a fearless warrior who goes to a very high tower and tries to climb as high as possible. It will be extremely difficult, because on each floor a huge number of different monsters will be waiting for him, which in turn kills anyone who disturbs them. From the very beginning, you start on the first floor full of light units. It will not be difficult at all to kill them. As soon as you walk a few floors up, you will immediately feel the difference. The money earned from this you can spend on purchasing various weapons and pumping your character, improving his unique abilities, thereby increasing your chances of success. If you like role-playing projects, then also download Knight Hero Adventure and Soul Land: Douluo Continent.

Role-playing games have always been in demand among users. TotAL RPG was no exception, with almost a million downloads with an average rating of 4.2 points. 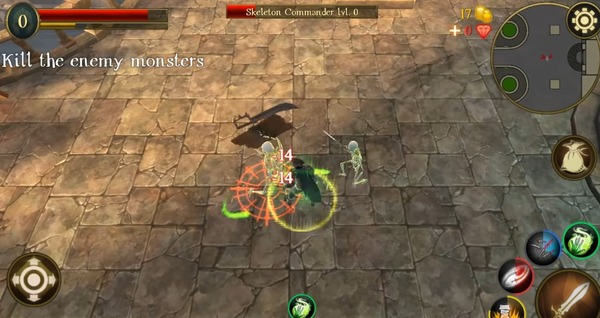 You are a valiant knight who belongs to the clan of liberators. Your task is to clear the ancient towers in which a bunch of monsters lives. Someone created these towers many centuries ago, and now they contain not only the history of civilizations, but also ancient artifacts that can change the balance of power on earth.

As one of the weakest warriors, you travel to a rather simple tower, but everything changed when, after passing several floors, a whole army of zombies, demons and skeletons began to attack you. Will you be able to fight back and survive in this hell for glory and artifacts?

Use your weapons and abilities to give your enemies a fight. There are plenty of abilities and weapons in TotAL RPG. Get new equipment for completing floors you can. Upgrade your knight, changing not only his skills, but also his appearance, as well as fight demons and emerge victorious from them. 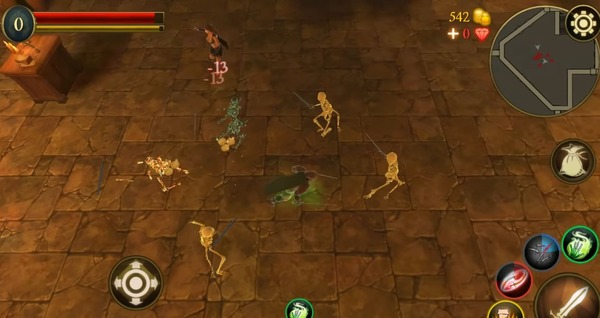 Great graphics, simple gameplay and constant dynamic battles with hordes of monsters are waiting for you. This game is an excellent representative of the slasher genre, where you need to fight not with one enemy, but with a whole horde at once.

Travel to a large world, as a place for a variety of locations and enemies. The developer will please you with a variety of additional modes that you can immerse yourself in as you level up your hero. We can say with full confidence that you will not feel lonely here. If you get tired of slashing opponents, then quite often you have to fight bosses. They are completely different here, which means that each needs its own approach, tactics and strategy.

TotAL RPG offers excellent and colorful graphics. Visual special effects are excellent and delight users with their colors. The camera view will be from above, which opens up the visibility of everything that happens on the location, as well as the character himself.

We recommend you to download TotAL RPG mod APK for an unlimited amount of gold and rubies. You need to buy additional gold for rubies once for the mod to work.

You will begin your journey in TotAL RPG Mod APK with a short introductory video, which ends with the need to choose a character. Your attention will be offered several heroes, each of which has a unique appearance and is ready to surprise with exciting superpowers. As a melee fighter, you can try a swordsman. He specializes in fast and devastating strikes that can hit groups of enemies at once. 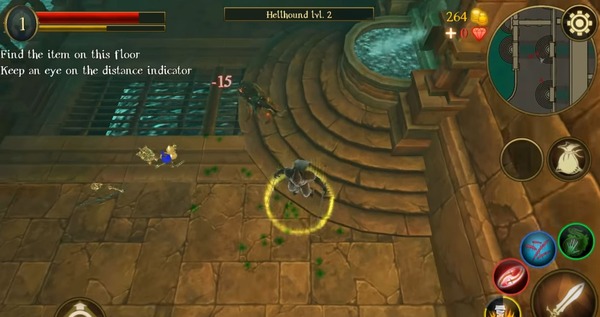 In addition, a classic robber uses a bow and is capable of inflicting massive damage with a fan of arrows. If you want to play as a powerful tank warrior, then you should pay attention to the crusher. He wields a two-handed weapon that shakes the ground, stunning enemies. The developers also promise to add a magician, but already at the beginning of 2023.

TotAL RPG is a cool action RPG with beautiful 3D graphics and dynamic gameplay. The main character will be a fearless knight who went to clear the ancient complex of buildings from the monsters. Ahead of him are waiting for hordes of monsters and dangerous bosses.