Tower Hunter: Erza’s Trial – Castlevania style metroidvania with rouge-like elements from a developer from China. Play a treasure hunter named Erza, who decided to try her luck in conquering a mysterious giant tower, where a cruel deity settled. Demon will assist you during the journey. Even in early childhood, your hero made a deal with a demon and now he cannot die. You are about to see the path of a young warrior. The main goal is to reach the top of the tower, which consists of a chain of levels. Moreover, each level consists of two sublevels and bosses. It is unlikely that you will be able to reach the top the first time. Try to conquer the tower repeatedly. Along the way, you will acquire new skills and improve existing ones. If you are interested in such games, then download also Glory Ages – Samurais and Action Taimanin. 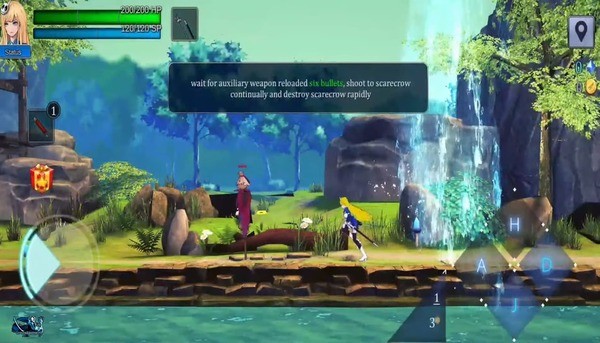 If you are interested in the game, then read our review.

During the passage of Tower Hunter: Erza’s Trial levels, crystals drop from defeated enemies and objects. Spend them on pumping the character. There are four main parameters for pumping.

By raising these four fundamental parameters, you will become stronger.

Use primary and secondary weapons

Weapons in Tower Hunter: Erza’s Trial come in several varieties. From knightly swords with a shield to elegant swords, deadly katanas and long spears. Each weapon has a different attack speed and fighting style. Make your choice based on your preferences and environment.

In addition to the main weapon, there is also an additional one. Its assortment is also great. From all sorts of bombs, magic missiles, to complete invulnerability, powerful shields and even rocket launchers. As the game progresses, you can find your favorite combinations of additional items. Take ranged skills to make it easier to fight bosses, dealing damage to them at a distance.

The monsters in Tower Hunter: Erza’s Trial are quite specific and sometimes monotonous. However, bosses saves the situation, as they are different. These units have a large supply of health and a changing style of behavior. Fighting bosses is extremely exciting and exciting. Although the very first leader can mislead you, because he is extremely easy to pass. However, keep in mind that things will be much more complicated and epic further. 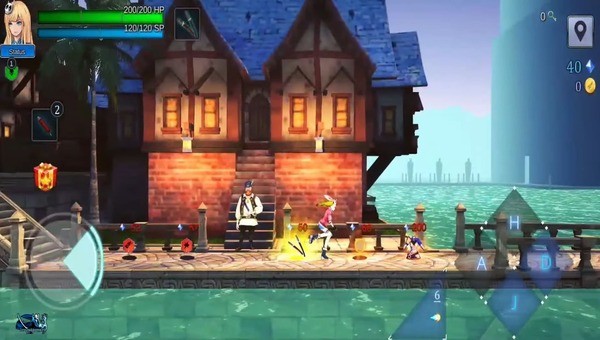 Each floor of the tower is completely different in music, atmosphere and decoration. Enjoy a lot of monsters, traps, secrets and chests with the aforementioned improvements. There are also teleportation points between which you can easily move, which greatly facilitates your task. There are also doors that require a key of a specific color. However, it is extremely easily to find this key, more often falling from the defeated monsters.

As mentioned above, the levels in Tower Hunter: Erza’s Trial are very varied and beautiful. The music deserves a separate mention – it is simply magical here.

We bring to your attention a mod for free shopping. Its essence is that you can purchase a paid set free. It is under the gift icon above the navigation joystick. In addition, you can activate the character’s infinite health in the mod menu. 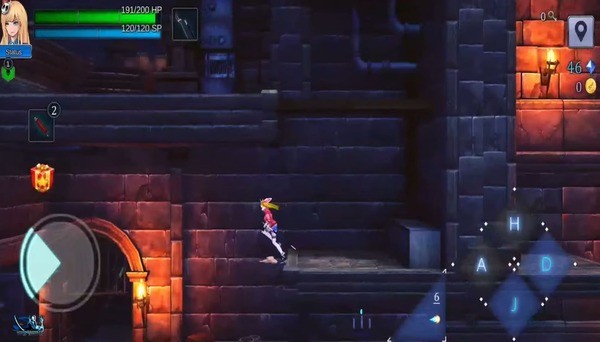 The main character is what developers can be proud. Her elegant movements are pleasant to look at. The game has a wardrobe where you can change her hair color, hairstyle and clothes. Appearance customization in this game is more of a nice addition, rather than a basic mechanic, but still nice.

All that remains is to find free time to play and start acting. Fight in Tower Hunter: Erza’s Trial with a variety of monsters, skeletons and other dark heroes. You still have to face dangerous bosses to defeat and look for tactics and smoothly combine the available skills with each other. Do not forget to closely follow the development of history and delve into the essence of everything that happens. Pleasant surroundings and vibrant play style will be a pleasant addition to your journey. In general, now everything is open for your adventure. It remains only to use your capabilities correctly and gradually move towards your goal.

Tower Hunter: Erza’s Trial is a good metroidvania with a well thought out and deep leveling system, interesting bosses and pleasant design. We definitely recommend it as a connoisseur of the genre.