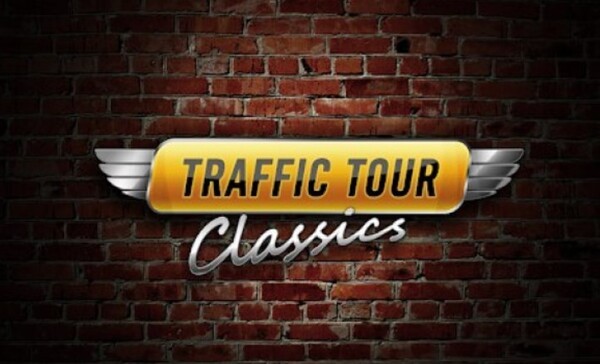 Traffic Tour Classic racing with colorful graphics, a varied collection of cars from world famous brands and dynamic gameplay. Get unlimited access to fun, drive, and maximize your thirst for adventure. Realistic locations, convenient controls, changing weather conditions all this will contribute to the brightness of impressions and the dynamism of the competition. Watch the road, avoid accidents, react to possible risks in a timely manner and follow the traffic rules. The fight for victory promises to be bright and exciting, and most importantly useful. To all fans of racing and dynamic games, we also recommend downloading Driving School 2017 and Grand Truck Simulator 2.

Despite the general similarity with the original game, the developers tried to add several innovations, which we will talk about below.

Collect a legendary fleet of vehicles

The main difference between Traffic Tour Classic and the previous part is the ability to sit behind the wheel of retro cars. All models are real and have physical data as close as possible to reality. Start your thorny journey behind the wheel of the Renault CC90 and do your best to get behind the wheel of the legendary roadster. It is also worth noting that the developers have introduced a tuning mode into the game, within which players can improve the characteristics of their cars. Upgrade the engine, brakes, nitro and many other elements of your vehicle to earn even more bonuses. By the way, you can drive in Traffic Tour Classic a car using multiple cameras. Race with the classic camera on top of the car or change to control directly from the car.

In addition to the classic tracks with numerous checkpoints, you will also have to test your abilities in several new modes.

First, the card-collecting race. As you progress through the track, you will need to collect a certain number of yellow and blue cards. Do it in order to open the next levels in the campaign mode. However, there is one small caveat. If the rider collects more cards of a specific color than necessary, he will lost the time remaining to complete the section of the track. The next mode slightly complicates the classic route by adding a specific time for which you need to complete this part. Well, the most difficult type of race in Traffic Tour Classic involves combining the above competitions at the same level.

The world around us has never been so real and detailed. In addition to the dynamic change of day and night, you can also enjoy changing weather conditions and visiting the most popular places and locations around the world. Race in urban environments, visit snowy mountain trails, and test your skills in the desert. In addition, the developers added a classic highway with four lanes for fans of the original game.

Play with your friends in real time

If you are tired of the classic racing mode, then you can switch to multiplayer mode and compete for the title of the best with other players. In fact, nothing changes as part of Traffic Tour Classic gameplay. It will be all the same races in endless mode or limited tracks with the need to comply with several requirements. The main parameter in this case is the time for which you can drive the track. If you manage to cope with the task faster than your opponent does, then you will earn money and other additional bonuses.

The graphics engine has definitely undergone changes compared to the original version of the game. All cars have become more detailed and detailed. In addition, the developers of Traffic Tour Classic clearly tried to design the surrounding world the locations became more lively and real. The sound component, as well as the soundtrack, turned out to be as dynamic and driving as possible, providing complete immersion in the gameplay.

Despite the variety of modes and levels in the single-player mode, (there are more than a hundred of them), completing of the storyline can be difficult in the later stages. The game imposes all sorts of improvements on you, which cost a lot of money. Moreover, it will not be possible to improve all the characteristics of the car at one time, even with the proposed bonuses. Ultimately, everything comes down to the banal replay of already completed levels or participation in endless mode in order to earn extra money. Our team invites you to download a mod that opens access to all the cars presented in the game. It also allows you to make any purchases in Traffic Tour Classic for in-game currency and gold.

If you played the original Traffic Tour, then you can skip this section, since almost nothing has changed in terms of gameplay and controls. The meaning of the game remains the same you need to participate in races and not crash into other cars in order to earn money and various bonuses.

Initially, you get the most standard car and access to several game modes. As mentioned above, you can participate in a campaign with hundreds of different levels or endless game mode. In fact, the meaning is the same everywhere. You need to get to the finish line and fulfill a number of set conditions to win (in campaign mode) and earn prizes (in endless mode).

All tracks in Traffic Tour Classic have four lanes. In some cases, all lanes can move in the same direction, but often two lanes are represented by oncoming traffic. Driving into the oncoming lane can bring you additional income, but also promise more chances of a collision.

Spend the money earned on improving characteristics of the car, as well as buying new units and parts for more comfortable passage of the levels. In addition, the game provides a number of bonuses that allow you to earn additional bonuses for participating in specific races or competitions in multiplayer mode.

Traffic Tour Classic is a worthy continuation of the cult series of racing games. In fact, you get the same gameplay with a few changes. First, this concerns the car park, as well as several innovations. We recommend this project to fans of the original game, as well as to all fans of racing games. Despite the relatively monotonous gameplay, each user will be able to find something for themselves here, ranging from endless mode to competition with other players. 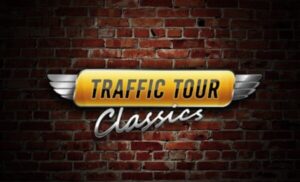 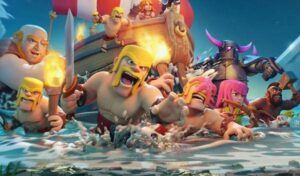