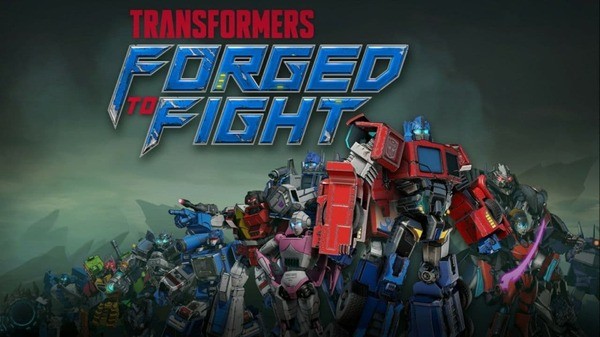 TRANSFORMERS: Forged to Fight is an action game for Android mobile devices from Kabam Games, Inc. Join your favorite characters from the movie and immerse in various battles for the right to be the best! We also prepared Real Steel World Robot Boxing for you, where transformers fight in the ring.

Face a huge variety of different fights without rules, where steel beats against steel. Choose your hero and crush all your opponents on your way to success.

Since TRANSFORMERS: Forged to Fight is based on the film, all the characters are taken from it. The film plot is quite simple and many people know it. The game conveys all the brilliance and combat power of these miracle machines that you want to play it all the time. Meet familiar Bumblebee and strong and brave Optimus Prime, evil Megatron and many other heroes of the cult film. Each character has its own characteristics, which you can learn in detail during the game. Reveal the full potential of transformers during the battle, where you can use all abilities and squeeze all power to the maximum. Fight until steel rattle and become the best among transformers. The many different striking techniques and attacks to crush your opponent can pleasantly surprise you. Remember old joystick games where you had to fight against villains. The controls here are quite simple and intuitive, which won’t give you any discomfort during the game. 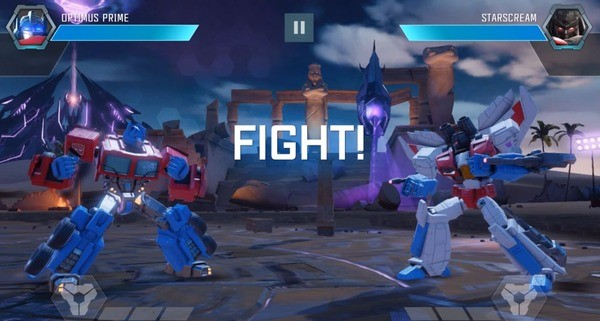 Invite your friends and acquaintances to play the main battle of machines for the title of the world robot champion. TRANSFORMERS: Forged to Fight also works online. Connecting to the network opens up many opportunities for new and powerful battles. During the game, you can unlock many new characters. The developers have added the possibility of cooperative play to prevent the game from being so monotonous and boring. Now, your friends can become very useful to you in different competitions. Fight for one goal and become the best! You can also meet new people around the world who are also delighted with such an exciting project. Therefore, you have a choice to form alliances for larger battles. Discover the world of unimaginable adventures and global battles for the fate of the whole world!

As you progress through TRANSFORMERS: Forged to Fight and participate in battles, your goal is to collect characters to open up new opportunities in combat skills. Each character is unique in its own way and has its own characteristics and abilities to attack the enemy. Many cool transforms can become a part of your team. Do not miss the opportunity to take their team for further testing. Strive for success in the Transformers universe and become the main Autobot in the whole world! There is nothing complicated in this game. The mechanics are quite simple, as the main thing is the battle and earning points.

Fight for your life

See many fights and battles for survival on your way to success in TRANSFORMERS: Forged to Fight. Many different Autobot special abilities may surprise you. Huge and large-scale 360-degree arenas look very spectacular and allow you to view the battle from all angles and not miss the enemy’s attack. You also have the opportunity to send transformer teams on the road in order to collect as much loot as possible. Take revenge on those who attack and crush you, starting the battle anew. Get your way and end the destruction of the world! 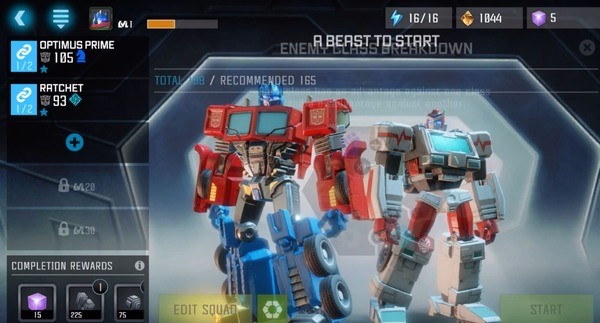 TRANSFORMERS: Forged to Fight presents quite spectacular and colorful graphics, so all Autobots look just fine and appear before in all glory, like from a movie. The developers perfectly traced and thought out different cards with characters that you can only enjoy the process of the game. Sound effects perfectly complement the visuals and the epic soundtracks set you up for combat.

The mod version we provide is powerful enough and allows you to use special menu. With its help, you can adjust damage settings that you could kill your opponent with one powerful hit. The menu opens up a lot of opportunities from getting new characters to earning bonuses. TRANSFORMERS: Forged to Fight becomes much easier and more fun with it.

Based on test results of TRANSFORMERS: Forged to Fight, we inform you that mod menu allows you to kill your rivals with one hit and set your defense level as you want. This technique can be useful if you cannot kill an enemy for a long time in a story campaign.

However, we should warn you about the chance of getting a ban from game creators for using this hack. That is why we recommend you to complete tutorial without opening menu and increasing your characteristics. 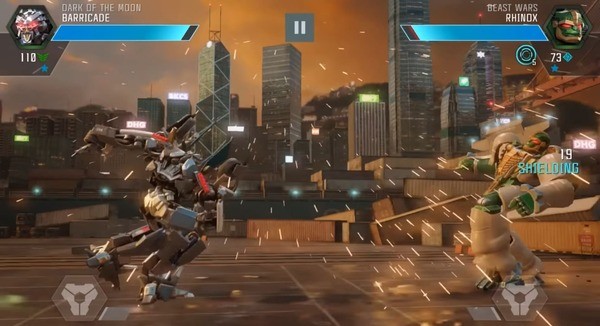 The gameplay is quite simple. You need to fight against other Autobots and earn a lot of different bonuses and points in order to unlock characters that are more new in the future. In the end, you can get a whole collection of transformers and play as any of them.

TRANSFORMERS: Forged to Fight is an excellent action game that comes down to PvP battles with real opponents and story campaign completing. Take part in numerous battles between Autobots and fight for survival. Only the strongest can survive! Therefore, our solution for 1-hit kill is the best way to come in handy for you in this game.

How to install TRANSFORMERS: Forged to Fight Mod?

Don’t forget to delete the original version of TRANSFORMERS: Forged to Fight before installing our modified version to prevent errors during installation process.