Transit King Tycoon – become the head of a transport company and turn this business into a successful business. Deliver various cargoes from farms, mines, factories, city enterprises, etc. Complete missions to discover previously inaccessible territories on the island. Build and improve roads in hard-to-reach places. Improve the supply chain and expand your fleet of trucks and other vehicles to achieve even greater progress. As you work hard, you will see cities grow into modern metropolises and the island thrive. Are you ready for the ever-evolving challenges? If your answer is “Yes”, then rather start building the city of your dreams. Also, download Melon Playground if you want to play other simulators. 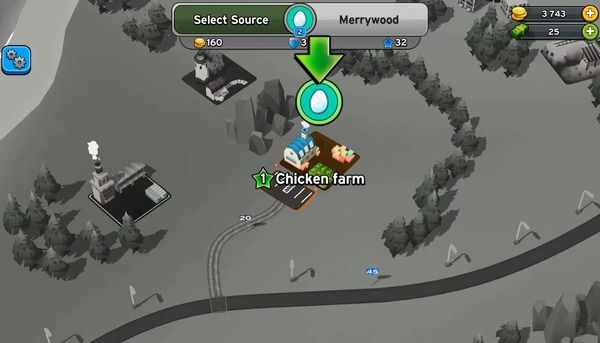 Read the entire review of Transit King Tycoon to get the most complete opinion about the game.

Build the next generation world

Start building roads and connecting villages with each other in Transit King Tycoon. You will extract resources and transport them along your own roads. Earn money for the development of each settlement in order to turn them into huge cities with developed production. However, this is still a long way off. After all, you have just begun the path of urban development in this difficult world.

Use the minimum earnings immediately by investing in the purchase of new equipment, as well as improving existing ones. In addition, you have to hire working staff, because it is very difficult to work alone all the time. Hire managers to your team and distribute responsibilities, which allows you to think more about the further development of your project. Ultimately create the city of your dreams with the most modern and developed infrastructure in the world.

The number of drivers limits the number of cars in the game. As the player’s level increases, this number increases. However, there can be much more cars in the garage. You can put drivers on different cars, depending on which one is more efficient on this route.

Laying of roads is very simple, more to increase interest. The main thing is to try to lay the shortest path. Build any road between 2 points by an enterprise (or city) and an existing road. Add 3rd point between two existing roads in order to create a bend in the road in case of an obstacle. Do not forget to upgrade road levels. This increases the speed of the cars that drive over them.

Get the best trucks

There are 14 vehicles in Transit King Tycoon. Three of them are buses for transporting people. Cars open as the player levels up. Each car has several possibilities for upgrade thereby increasing its characteristics. The maximum level to which you can increase the car opens gradually as the player’s level increases. When the level of the car increases, it can change its appearance.

The main characteristics are:

The graphical shell of Transit King Tycoon has a funny cartoon style. Everything looks very cute and pleasant, while funny images just cheer you up. Navigate the game world in front from a top view in form of a map with different areas. Find tasks and various difficulties that you need to overcome.

Thanks to Transit King Tycoon mod, you will be able to get unlimited money along with fuel and drivers. This way you won’t have to spend a lot of time to progress further through the gameplay.

Transit King Tycoon will appeal to anyone who wants to build cities and earn big money at the same time. You have to start with a small settlement and several factories that need to be improved and developed in every possible way. Discover new territories in the future, build up and populate with people in order to create the largest transport network in the world.

Skillfully allocate resources, supply raw materials to factories on time and deliver finished products to shops. Everything depends on you and your abilities. It is necessary to hire experienced truckers, build ideal routes between cities and factories to deliver transported cargo to the final destinations on time. In addition, you are waiting for the transportation of passengers, not only by land, but also by air. It will be necessary to upgrade trucks, as well as buses, trains, planes and ships for faster transportation.

Increase cargo capacity, increase speed, reduce fuel consumption and increase the number of seats for passengers. The higher the level of your character, the more interesting vehicles will open to you. Build, upgrade, hire workers and take part in weekly events with nice rewards.

Transit King Tycoon is a very deep and action-packed strategy game where you have to build a huge transport company with your own hands.