Trench Warfare 1917 is a strategy game from young developers at SimpleBit Studios. Moreover, this game is their debut work. Your main task in the presented project is to conduct tactical battles in the trenches. Unlock new units and military equipment to make your army stronger. Lead attacking and defensive battles. The enemy attacks in waves, so try to choose the right tactics for the duel, correctly assessing the number of troops and resources at your disposal. Complete several exciting campaigns for the UK, France, the Russian Empire, the Ottoman Empire and Austria-Hungary. Enjoy the real weapons of the time and appreciate the historical realism of the game. If you prefer strategies then download also Warpath and Call Me Emperor: Alternate World.

Trench Warfare 1917 is popular and the developers regularly release updates for their project.

At the very beginning of Trench Warfare 1917, you have to play Great Britain campaign. It is worth noting that there are only 8 campaigns in the game with 25 missions in each. As we said, you have to manage completely different armies. Interestingly, you will play both the Red Army and the White Army in the case of Russian Empire. Each state has its own unique units and weapons. All of this corresponds to historical accuracy, so you can even study a little history using this application.

Gather the most powerful army

Trench Warfare 1917 offers the user a variety of troop options as well as vehicles. Use soldiers, tanks and even poison gas to win the battle. All units cost with coins. You can position your army on several lines of attack. For example, you can send unit to the front line and cover their rear with tanks or other long-range small arms. At any time, you can give your army the command to retreat or, on the contrary, throw all your forces into battle. It all depends on you. There is no win-win tactics here. Think, experiment and success will surely come.

Decide for yourself how many and what units to call for help. Infantry is the cheapest, but it is also less useful than from specially trained fighters, which, however, are more expensive. Each country also has a unique unit. It has more vitality and higher damage.

Create your own levels and play custom

For those of you who love creativity, Trench Warfare 1917 offers another interesting feature. You can use the editor and create your own levels. This is quite simple to do. You just need to decide how many trenches will be at the location, as well as place obstacles between them. By the way, if you suddenly went through all the campaigns and you want to continue playing, then use the levels that other players have created. The online level downloader will help you with this. You can also submit your work to the Internet for other people to use. Therefore, you can play the game for a very long time, because new interesting maps appear almost daily.

The application features modest graphics with a top view. However, such a picture allows you to create scale, so it becomes very easy to control what is happening on the battlefield. The sound in the game has been worked out very well. You can hear shots from machine guns, as well as other, more powerful weapons.

Each unit in Trench Warfare 1917 costs gold coins. Players can earn these coins during the battles, but it happens quite slowly. At some point, their number tends to zero, which makes it impossible to recruit new troops. To prevent this from happening again, we suggest you download the mod for unlimited gold. Now you can summon new fighters even if you run out of coins.

The game is a classic strategy game where enemies are coming at you in waves. Every player has the ability to split his troops, take them back or give the command to fire to defeat. You can consider the level passed if your soldiers break through the enemy’s line of defense.

Trench Warfare 1917 is about more than just wall-to-wall battles. There is a huge arsenal of various weapons, and it is different for each country. For example, German troops can poison their opponents with gas. If it is impossible to kill enemy in the trench, then you can request air support by throwing bombs at them. An easier option is to use grenade launchers. The game features several countries that took part in the hostilities of the First World War. Try on the role of the general, commander of the troops, choosing the tactics and strategy of the battle. Get access to buildings, military equipment (tanks, artillery and ground vehicles), weapons and soldiers, equipped in accordance with the time.

The game was developed by several students and does not require donation. There is an age limit of 13+, since the game contains murders and blood. In the near future, developers can add new campaigns – for the USA, RSFSR and Italy.

Trench Warfare 1917 is a very interesting strategy game based on the First World War. There is no need to donate in the game, while exciting campaigns can lure you for a long time. 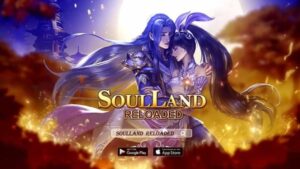 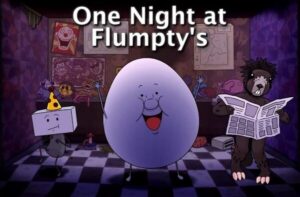 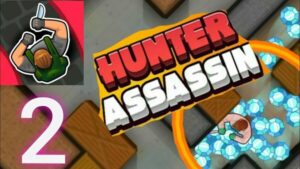