Turmoil is a business game inspired by the oil rush that took place in the USA in the 19th century. At that dangerous time, adventurers from all over the world went to the oil fields in order to get rich. You, an ordinary person, decide to build a tower and create a city on this site, becoming the mayor. Huge difficulties await you before the first million from the sale of black gold gets into your pocket. Competitors strive to bring down the price, there is always not enough time and it is not clear which shares to buy in order to win.

Participate in auctions, buy land, and then attract professionals to this territory. They will scan the bowels and show where to lay an extensive pipeline system and where a site with a huge oil reserve is located. Upgrade your tools, upgrade your equipment and beat the envious by making deals all over the world. Look at the saloon, sometimes you can sign papers with very influential people there, develop and let your city grow and prosper. We also recommend downloading Pirate Raid – Caribbean Battle and Casting Away. 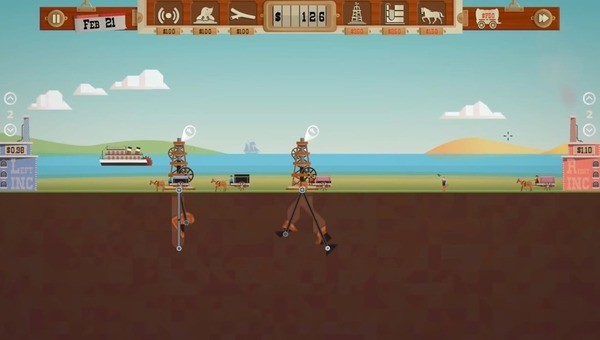 Turmoil has received mostly positive feedback from users with the project averaging a very solid 4.3. You can learn more about the game by reading our review.

The authors of the casual strategy Turmoil invite you to travel back to the end of the 19th century and try on the role of an oil tycoon. In fact, everything is simple. You rent a plot of land somewhere in the West, hire scouts who can suggest a starting point for exploration, and start drilling. Find an oil pocket and start pumping, building tanks for storing black gold, buying horse-drawn “oil carriers”, improving the pipe industry, using trained moles and selling oil much more profitable. Develop oil business and making super profits.

Create an efficient network of pipelines, as well as purchase a large number of oil storage facilities. At the same time, it is necessary to closely monitor the market and crush competitors with prices in order to sell your product more profitably.

As you probably guessed, equipment and methods of resource extraction play a very important role in oil production. In order for you to be in a stable plus in Turmoil, you need to automate everything and apply only the most modern methods of oil production. However, do not forget that a license lasts for 365 days. A year later, the license expires and you return to the small, dusty town to relax in the saloon. At the same time make a couple of not-so-legal deals, improve your equipment, visit a groom, a mechanic, and a mad scientist. Then take part in the land auction, trying to take the most profitable site, having interrupted the rates of rivals. 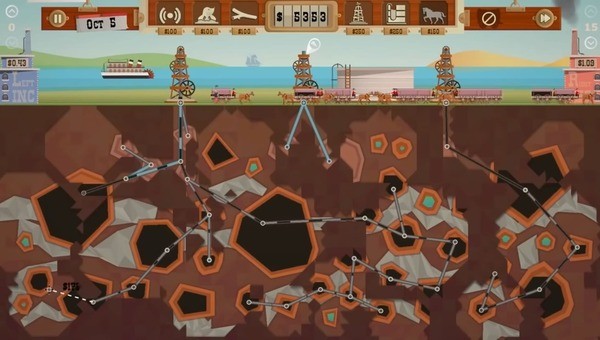 Well, the final stage, an attempt to become the mayor of that very small town for some reason by acquiring shares from the previous mayor. If you manage to interest your predecessor with a good price, you will get the mayor’s chair.

Turmoil app has nice 2D graphics and the game’s interface and environment has the style of Wild West. It is also worth noting the funny music.

If you want to enjoy the full version of the game, then download Turmoil Unlocked from the link below.

Turmoil is the first of its kind simulator of an oil producer, but not modern, but from the time of the oil rush, which greatly changed people’s lives in the 19th century. Vast North America awaits you, a sea of ​​​​opportunities, a city that you can eventually buy entirely, and endless reserves of oil.

Now you have everything you need to start producing oil in Turmoil. However, you have no money for a company or a factory – you can only open one single tower. Although you should not despair, because even starting with just one tower. You can turn into a real oil tycoon in the end. 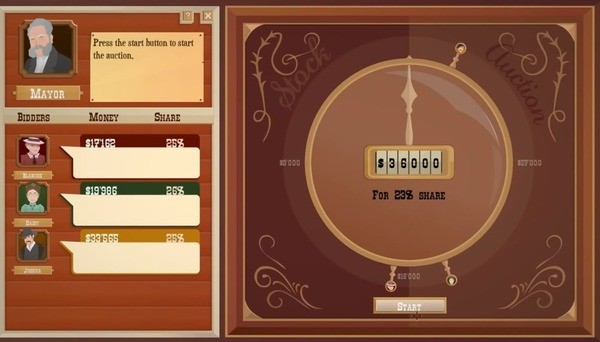 Rent land from a nearby city, find an oil field and start extracting it in every possible way in as much quantity as you can afford. However, do not try to sell everything at once. The fact is that the local world is changeable and changes all the time, like its economy. One price today, another tomorrow. Wait and sell the extracted oil for more, than expected and with the proceeds to rent even more land and put up a few more towers.

Well, then everything will go much easier. Extract oil, sell it, buy city shares and buy land, install as many towers as possible, but only in the most fertile regions, increase income and make sure that your funds do not just lie in the bank. Most importantly, do not forget about competition. Your competitors are sleeping and watching how you get poorer and lose everything. You will also find a wide range of tower upgrades, auctions, a changing world, random events in the oil market and much more.