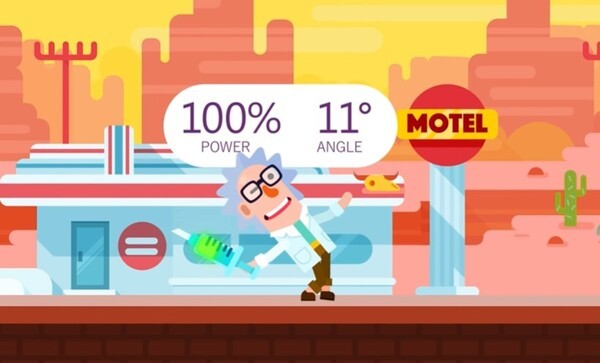 Ultimate Bowmasters is the continuation of the cult game from Playgendary Limited. Players again have to embark on the thorny path of an archer and fight for the title of the best of the best. Try new types of weapons and play as iconic characters from well-known franchises. Test your skills in new modes and get a lot of pleasure from passing through all sorts of rewards. Calculate the force of the throw and the angle at which a dagger, arrow or even an ax will fly. Catch the golden mean without hitting the target several times in a row. Upgrade your skills and never miss. For lovers of such arcades, we can also offer Streamer Rush and Button Fever.

Ultimate Bowmasters is a relatively recent release, but it has already become a worldwide success. We invite you to familiarize yourself with the innovations proposed by the developers in detail. 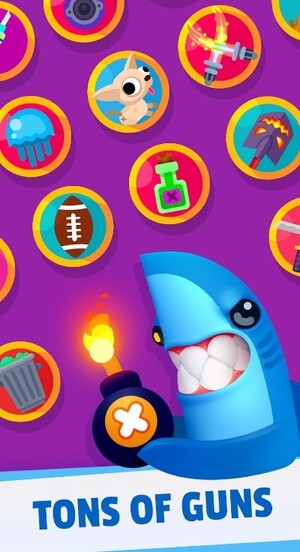 If in the original Bowmasters we dealt only with various kinds of injuries, now the developers have provided something similar to a fatality within the cult Mortal Kombat. Get the most out of the game through the bright and stylish destruction of enemies. The faster and harder you deal with the enemy, the more gold coins your character will earn. Use the in-game currency to purchase various weapon upgrades and unlock new fun characters.

Thanks to well-developed physics and improved mechanics, Ultimate Bowmasters began to look much more difficult. Take into account the landscape around you, take aim and take into account many factors, without which you will not see victory. Also, take into account strength of wind, angle of inclination, change in terrain, movements of your opponent, who at some levels will not only run, but also jump or crouch. After all, he does not want you to hit him.

One day there will come a moment when you also have to take into account the weapons on hand. That will be a big problem. After all, how to strike in this case with a rubber unicorn or a swordfish, which will be in the place instead of the usual bow? 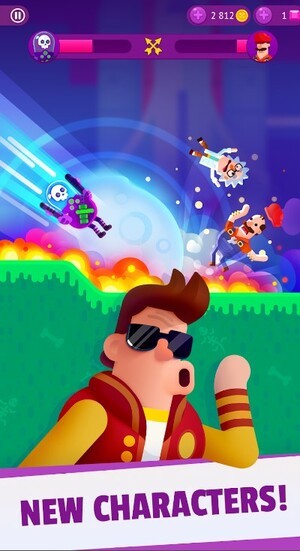 Imagine for a moment that you are in control of Sub Zero, who has to shoot his signature weapon right in the head. You may have to take control of Morty, whose main weapon is syringes with a poisonous liquid. Sometimes you can feel for a moment like a dupe among real killers – a doctor, a poker player or even a firefighter. With every hour of the game, you open more and more characters and each of them will delight not only with their original appearance, but also with unexpectedly high-precision weapons. Although it all depends on the skill of the player.

We will fight with AI in single player mode of Ultimate Bowmasters. There are two heroes on a 2D terrain map. The task of each is to shoot the other. At the beginning, the weapon is an ordinary bow, but later the assortment will expand (hammer, bottles, chocolates, syringes). The difficulty lies in the fact that the enemy is at a distance of several screens from us. Therefore, you have to spend several turns on zeroing (we control trajectory and power) before you make an accurate shot.

There are also duck hunting modes, when you need to get more game, and knocking an apple off your head, where you need to show jewelry accuracy. In online matches, competition takes place with real people. Therefore, you can check the level of your professionalism. The rating will show what place you can take among all the players. 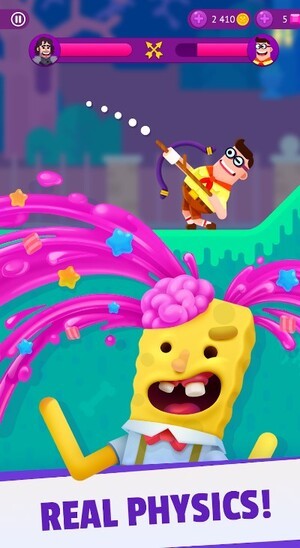 We bring to your attention the Ultimate Bowmasters Mod APK for unlimited money available for all the necessary improvements. In addition, you can also safely start the game with all the unlocked heroes already.

Ultimate Bowmasters is a fast-paced game that has evolved into a perfect shooting game with the ability to use over 60 characters. There is only one task – complete destruction of the enemies present in all corners of the screen. There are 31 weapons in the players’ arsenal. It is only worth learning how to use each type of weapon in order to enjoy your accuracy.