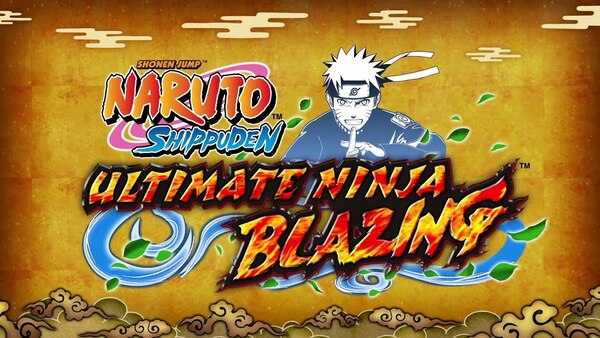 Ultimate Ninja Blazing is a free multiplayer role-playing game with turn-based battles in the popular Naruto universe for Android. The game offers tactical battles, a variety of missions, the choice and use of characters depending on their abilities and a story mode. Experience the new combat system from the developers of BANDAI NAMCO Entertainment Inc and combine powerful attacks to kill all enemies. Learn to work as a team, because it can save you and your characters’ lives. Gather a squad of brave heroes and challenge an army of enemies in the Japanese setting.

Ultimate Ninja Blazing has over 10 million downloads on Google Play, so join the large gaming community.

Ultimate Ninja Blazing features over a hundred heroes from the famous Naruto universe. Each of them has its own special skills and abilities. Thus, you can come up with hundreds of tactics and strategies for battle. Crush enemies using spectacular and epic skills, combine attacks to inflict even more damage. You need to assemble and arm your team in such a way that there is no sharp bias towards attack or defense. Everything should be organic here. Create your character and level it up, overcoming obstacles and participating in epic adventures. Use unique skills and abilities of your fighters and fight in online battles! 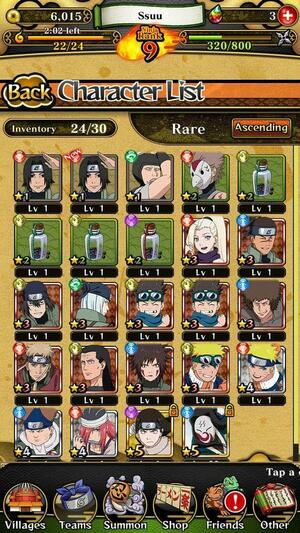 Complete exciting missions based on the Naruto universe

If you are a fan of the Naruto series, then you have a great opportunity to once again plunge into your favorite world and relive the amazing impressions of the anime plot. Meet old familiar characters, help them, gather in a team and experience real nostalgia from meeting old heroes. Complete interesting tasks based on the original series.

As stated earlier, Ultimate Ninja Blazing is a turn-based strategy game, so you and your opponent take turns. Nevertheless, this doesn’t reduce the dynamics of the game, but rather even gives it its own charm and zest. Engage in amazing turn-based battles featuring fluid gameplay and addictive mechanics. Explore the gameplay and mechanics of turn-based strategy to craft the perfect model for victory.

Learn a variety of skills and powerful attacks

Among other things, Ultimate Ninja Blazing has a ton of hero skills. Deal deadly damage to the enemy using your fighting skills. Hit the enemy with a melee attack or use a powerful combo to knock him out. Use special ninja skills to turn the tide of a seemingly lost battle in your favor. Feel free to interact with your squad and apply common skills to the team, but be careful! Perks like these take a lot of energy, and if your attack fails, you will have a hard time.

Challenge players from all over the world

If you are temporarily tired of the single-player campaign, then there are always multiplayer battles at your service, where you can fight with your friends or just players from all over the world. Cooperate in squads with other ninjas and complete joint tasks to get interesting prizes.

If you like to compete with others, then take part in major tournaments that take place every month. There you need to score as many points as possible in battles. This is a special mode and is only available during special events once a month. Fight hordes of enemies on your way to the Haunted Castle and prove that you are the strongest fighter in the Naruto universe.

Ultimate Ninja Blazing has anime graphics, and the game itself is a classic representative of the Asian setting. By the way, if you like oriental style, then we recommend you Dragon Ball.

All characters here are individual, as they are clearly drawn and remembered. The battles in the game are realistic, and the spectacular animation of skills will impress any gamer. In addition to the good visuals, Ultimate Ninja Blazing offers users impressive sound effects. During the game, you will hear rock-style soundtracks, which only add action to what is happening on the screen.

If you want a more comfortable and simpler passage of Ultimate Ninja Blazing, then check out the modified version of the game. By installing it, you can adjust the damage power of your characters and their defense indicators, enable the instant victory function, and get an unlimited supply of chakra, which is necessary for using skills. At the same time, you don’t need to enable all these functions at once, you can activate one of them and enjoy the benefits of this feature. 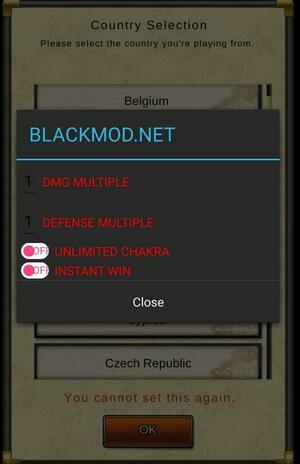 We tested Ultimate Ninja Blazing on our devices. Based on the results, we can assure you that the mod is working properly and safely. You will see the mod menu logo right after first launch. Click on it and activate the values ​​you need.

You can recruit six fighters to your team. During the battle, the squad divides into two parts – three enter the field, and three more are waiting for their turn. During the battle, you can make a substitution. Wait until the scale is full to use skills of your heroes.

There are six main modes in the game:

Ultimate Ninja Blazing offers players the smooth gameplay and interesting storyline that fans of the Naruto series will be familiar. If you love anime and action games like Archero, then this app can definitely interest you. However, even if you are not a fan of Japanese animation, we recommend you try the game, since there are quite a few such dynamic and thoughtful projects today.

Don’t forget to delete the original version of Ultimate Ninja Blazing before installing our modified version to prevent errors during installation.