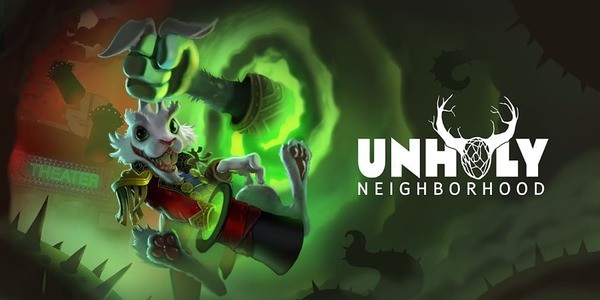 Unholy Adventure: point and click story game is a quest game with many interesting locations and tasks. The main character of the application, Peter Grim, cannot contact his wife Betty on one rainy evening. He needs to start looking for his beloved, but not everything is so simple. After all, crimes happen every day in the city, and besides, huge mutant rats roam the streets. You need to take control of Peter and help him cope with all difficulties to solve a huge number of problems. As in many classic quests, you will search for objects and try to apply them in a given situation. Get ready to strain your brains and plunge into the atmosphere of gloomy rainy city. Download also Toy Blast and Brain Test 2: Tricky Stories.

Unholy Adventure has the highest score of 4.9 points and so far, the game has only excellent and good points. We can say that the project appeared on Play Market quite recently, but it has huge potential.

The plot of Unholy Adventure begins with the fact that your main character Peter is in his apartment and cannot get through to his wife Betty. The problem gets deeper with the fact that lights in the apartment went out and access to Betty’s computer was blocked. The hero needs to solve all these problems gradually, look for items and start the generator.

If you have any problems, then you can always turn to the help of pager with several tips. Let’s say you don’t know what to do next. Then feel free to turn on the pager and follow the text or visual prompts. For example, there you can find a diagram of how to fix the wiring or phone numbers of Betty’s parents. There are many objects scattered across the locations, so collect everything that you see. Surely, they will be useful to you in the future.

Unholy Adventure offers players several authentic levels. The story begins in the apartment of married couple, where Peter is trying to find clues to understand why his wife disappeared. Next, he has to get out to the gloomy city, which is teeming with mutant zombies. In addition to streets of the city, Peter will find himself in electronics store, as well as in dangerous sewer full of mutant rats. You have to spend a lot of time at each of locations, because main character needs to find and use several items for intended purpose. It is safe to say that there is no worse or better location in the application. All of them will delight fans of the genre.

A distinctive feature of Unholy Adventure is elaboration of plot and characters. Every characters wants to empathize and each of them has his own motivation, even negative characters. The plot itself is also developing very rapidly. At first, everything seems quite banal – the husband goes in search of his wife. However, later it turns out that the strongest storm covered the city and there are creepy mutant rats on the streets. It was not without mysticism, and it is up to you to unravel this whole tangle. That is why the project cannot be called uninteresting, focused purely on the search for objects. No, the developers approached the game creatively and introduced an interesting plot in addition to the pleasant gameplay.

Unholy Adventure: point and click story game cannot boast of revolutionary graphics, but the game takes on its atmosphere. Feel gloomy and mystical atmosphere literally every minute. In addition, the application has a great interface. Despite the fact that we are dealing with a mobile quest, it is very convenient to use objects and view areas of locations even from small device. The sound in the app is standard, although the oppressive music only adds to the atmosphere.

We bring to your attention a mod with all game chapters unlocked. You can open them any time during the playthrough.

Note that the Unholy Adventure developers have divided their project into two parts. Now, the developers released only the first part, when release date of the second one is still unknown. Nevertheless, we expect it soon. Therefore, you will find out the final fate of Betty in the second part.

Hidden object puzzles have been around for a long time. Some people like them because there is always time to think, while others like to accept a difficult challenge and carefully examine everything. Fortunately, you need to not only look for items in Unholy Adventure, but also constantly think about where specific thing could come in handy. If we add great atmosphere and fascinating plot, then we will get an almost perfect quest.

Adventure awaits you and your hero Peter. On the way, the main character will have many dangers, but he cannot stop until he finds his spouse. The game world presents you with many unusual and original characters with whom you have to interact. Some need help and some will try to hinder you. Each of them requires solving the problem from you in exchange for solving the next puzzle. Sometimes a seemingly dangerous person can turn out to be very kind and nice and sometimes everything can be quite the opposite. Either way, you need to be careful at all times.

Unholy Adventure: point and click story game is one of the best quests for android among those that we have played. The only drawback of the game is that it is too short. However, the developers should soon release the second part and complete the story of Peter and Betty. In the meantime, enjoy the first part and try to solve all the riddles.