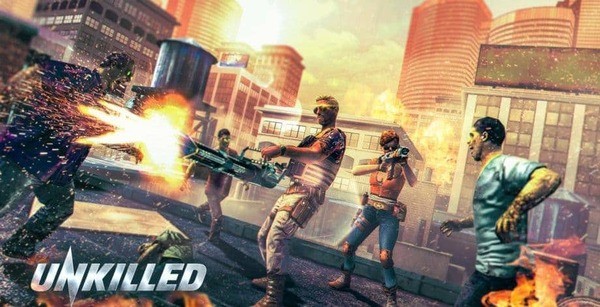 Unkilled is a multiplayer first-person shooter where you need to go through many battles, both with zombies and real players. Lead your hero from a simple private mercenary to an experienced zombie hunter. All actions in the game take place in New York, which is practically extinct after monsters invasion. The player must gradually clear the city of enemies and make every effort to stay alive in this gloomy and unfriendly place. After all, you have to resist not only bloodthirsty monsters, but also real players! We also recommend you to download Modern Ops and Modern Combat 5: eSports.

Unkilled was released in 2015 by Madfinger Games. Now, the game has more than 10 million downloads and its average rating is 4.4 points.

Unkilled offers gamers the opportunity to hone skills as a monster hunter in one of game modes, which does not imply duels with real players. Therefore, you can safely devote yourself to completing about three hundred tasks. Victories and successes can bring you money and experience points. Another mode makes it possible to unite with other real players and go to the gloomy streets in order to defeat as many dangerous enemies as possible. By the way, there is one mode where you can become a zombie to take over New York finally.

The developers offer gamers a huge range of improvements and upgrades. The user can significantly improve his character in almost all parameters. You can become strong, dexterous and fast and most importantly – accurate! In addition, the player can use a huge amount of protective ammunition and items that can help in the process of completing levels and missions. There are more than five dozen types of weapons in Unkilled. Moreover, the game has special weapon improvement that increases the level of combat capability.

Of the features of Unkilled, it is worth noting the process of passing. Many missions and tasks involve fighting enemies in confined spaces. The most dangerous monsters are hiding in narrow streets and hidden nooks. You always don’t know when monsters want to jump out on your hero. However, the developers have introduced an automatic firing function for the possibly wasted nerves of gamers. Now, you don’t have to look for a firing button every time – just aim at the target to start firing automatically. This is especially helpful when dealing with bosses at the end of each thematic zone. At the same time, you can enable manual firing, but this is rather inconvenient and reduces reaction speed in case of sudden attacks.

Unkilled boasts excellent graphics, high game detail and harmonious overall design. In addition, excellent optimization is worth noting. Despite the great graphics, the game works well even on usual devices. Therefore, if your gadget is not powerful enough, most likely, you can try Unkilled on your device. The sound accentuates the gameplay and helps you navigate through game locations. One of the main advantages of sound design is realism, which gives the effect of presence.

Even your own skill may not save you from danger, because the hero’s ammo may run out at the most inopportune moment! Therefore, we offer to install Unkilled with mod for unlimited ammo that can help you to enjoy the game as much as possible and feel confident in any danger.

Our team has tested Unkilled mod and can confirm it functionality on Android devices. Moreover, you can get not only ammo but also unlimited first-aid kits, as well as 20 times increased damage. If in some case you don’t want to use ammo, kits or increased damage, you can turn off the desired function in special menu. Therefore, you can play honestly on your own and not activate additional option in menu. We also tested the installation file for safety, so you don’t have to worry about it.

Unkilled is a dynamic, detailed action game where the player has to explore city and fight against whole armies of monsters who are just waiting for the opportunity to taste your blood and flesh. Gamers have to wander around the captured city and fight with unfriendly enemies. To survive, you need to upgrade your equipment and weapons. However, we cannot guarantee success in this case, so you have to include all your tactical skills and strategic thinking. The gameplay is quite simple, so you don’t need special skills to play this game. Moreover, you can use hints in cases where other actions are required. 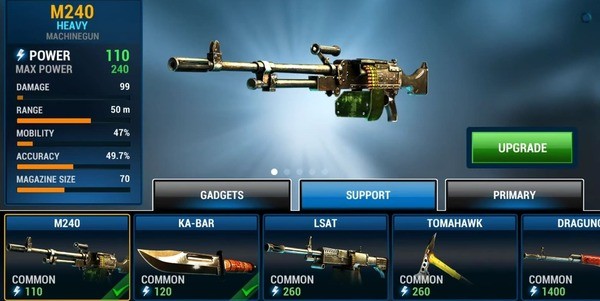 Unkilled is a lively and vivid action game set in a multiplayer world full of curious nooks and huge number of dangers. It is great option for those who want to become a hero and save the whole city from undead invasion.

How to install Unkilled Mod?

Don’t forget to delete the original version of Unkilled before installing our modified version to prevent errors during installation process.