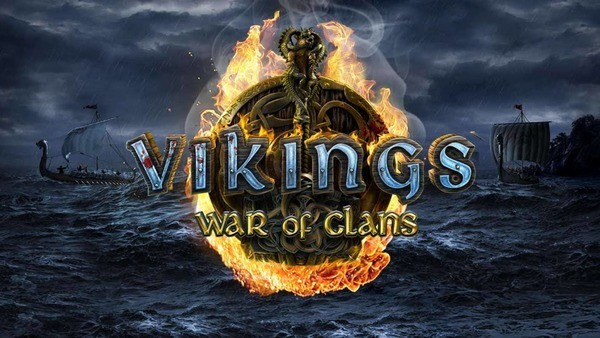 Vikings: War of Clans is a strategy game for Android mobile devices from Plarium LLC. Plunge into the exciting world of Viking clan battles to crush as many enemies as possible and conquer the lands. Plan your actions so as not to lose, but only to make your empire the most powerful and invulnerable in the whole world! Join the battle and come up with your optimal tactics for success. We bring to your attention other strategies, such as Top War: Battle Game and Rise of Kingdoms: Lost Crusade.

Vikings: War of Clans is a strategic game aimed at developing strategy skills and attacking opponents to win and conquer new lands. Play as powerful Vikings and rewrite history!

Collect allies around the world

Invite your friends and acquaintances to exciting adventure in the Viking world and enjoy all the spectacle of battles and fights with enemies. Meet new people around the globe and find faithful assistants and allies who can help you during your games. After all, playing in a team is much easier and more effective, because each person is responsible for own strategy part. Help each other as much as you can. Make your kingdoms invincible to show the world that Vikings are the greatest sailors in human history! Play together and become one to crush your enemies, acquire limitless wealth and create an excellent defense for your fortress from the raids of other enemies. Vikings: War of Clans is already waiting for you with many exciting and interesting opportunities from joint adventures! Fight smartly and crush everyone in your path! 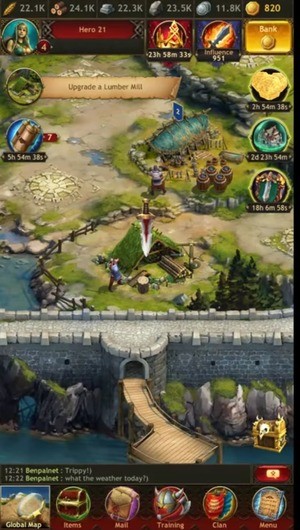 Build the power of your kingdom to become the most powerful leader in Vikings: War of Clans. Earn money during battles and raids on other kingdoms and use it for your empire’s good. Your empire is not only buildings and fortresses, but also your army. Make your fighters the best warriors in the world! Train and upgrade your army to expand the ability to attack your opponents in this epic battle game! Level up your fighters so that each of them could know battle tactics and use any type of weapon to attack the enemy. Vikings: War of Clans can show you all the power and exciting entertainment of the battles!

Vikings: War of Clans is a project where you can develop your combat skills. You must accurately assess your capabilities and skills of your army in order to develop the most powerful battle tactics to destroy your enemies finally. Take your time, but rather apply your analytical thinking for success. Think over the course of events, what attacks to use and what to do so that you are not defeated. The main thing is your army, so focus on developing the skills and abilities of your fighters, teaching them various attacks and tactics. Develop your own battle strategy and surprise your opponents with devastating actions!

Develop the defense of your castle so that no enemy can slip through it and destroy your kingdom. Vikings: War of Clans allows you to construct various buildings, towers, fortresses in which your soldiers can live and train. Fortify your walls and repel all attacks, entering the battle without fear of your own defeat! Expand the boundaries of your kingdom by conquering new lands and building own possessions! Make your territory bigger and impossible to capture! 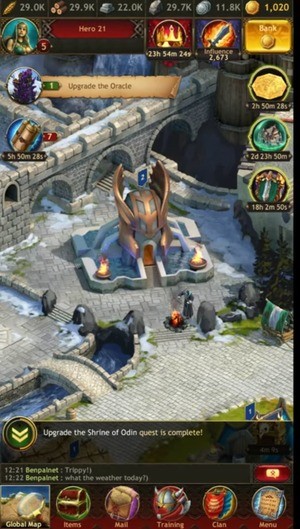 Vikings: War of Clans graphics are available in several formats and combine 2D and 3D graphics that perfectly show all the spectacularity of battles and raids. With the help of a perfectly drawn picture, it is easy for you to observe the development of your kingdom and the conduct battles for your army. An epic soundtrack and sound effects from dynamic combat can immerse you even more in this atmosphere of Viking battles!

We offer to download Vikings: War of Clans with mod for unlimited gold that can open wonderful world of Vikings in a completely new light. Use gold to upgrade army and your settlement in order to make it impregnable fortress for all your enemies.

We bring to your attention mod for unlimited gold, which can help you during the walkthrough. There is a lot of gold in the game, but still, it is often not enough for the necessary buildings and troops. At the same time, unlimited gold feature may not work correctly on some devices due to the policy of developers who are actively try to update the project. If for some reason, provided features don’t work for you, please follow website updates. We will try to solve your problem as soon as possible. 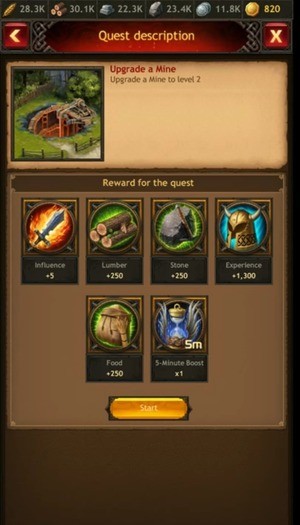 The gameplay may remind you a strategic game aimed at battling opponents and conquering new lands. During these battles, you earn gold, which you can then spend on improving your army and kingdom. Many different tasks and planning of actions cannot leave cold all strategy lovers. Make and develop new battle tactics to conquer more lands.

Vikings: War of Clans is a battle game about Vikings that comes down to conquering new lands, earning gold and glory. Become the best strategist and capture the entire territory of the nearby lands. Discover new amazing possibilities and make the game easier and more understandable with our unlimited gold feature!

How to install Vikings: War of Clans Mod?

Don’t forget to delete the original version of Vikings: War of Clans before installing our modified version to prevent errors during installation process.