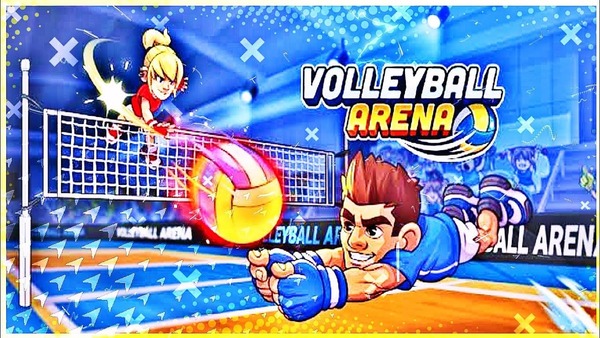 Volleyball Arena – go from novice to master volleyball, taking only the first places and crushing your opponent with powerful shots, accurate throws and amazing reactions. You will start as an unknown amateur, slowly climbing to the top of the sporting Olympus. Learn all sorts of skills, surprising your opponents with deceptive moves. Move through the scenario, winning in locations from all over the world, from Beijing to London, conquering professional courts. Unlock additional characters, each of which has its own pros and cons. Pump them to the limit and customize the play styles, which will help not only skills, but also items, because the right sports shoes are sometimes decisive for victory. We also recommend that you check out Idle Soccer Story and Smoq Games 23.

Become a real volleyball star, go to the court and defeat your opponent, block his attacks, outwit him with fake shots and succeed. Interactive and clear controls, as well as nice graphics will keep you entertained for a long time during fun and challenging competitions. 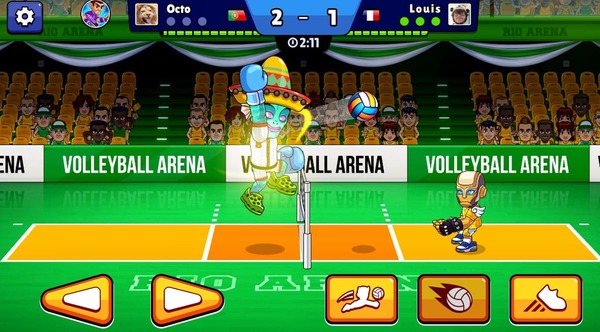 Fight one on one

Before you is a very amazing game where you will fight one on one with players from all over the world. Your task here is quite simple, as you need to score a volleyball on the opponent’s field. Do it in a variety of ways. You can score from a serve, a simple shot, or by blocking an enemy attack. Of course, do all this quickly, as the opponent will bypass you.

Of course, your victory in the Volleyball Arena directly depends only on you, because you yourself will control every movement of your character. In this case, the field will be quite small, although it will still require a very good reaction from you.

Volleyball Arena offers simple and convenient controls, incredibly cool graphics, as well as hundreds or even thousands of experienced and not only players from all over the world. In addition, you can create your own unique hero, significantly changing his appearance with the help of various useful items.

Gamers can choose their own jersey colors and logos, as well as make their own customizations to their player’s style. At first, players fight against artificial intelligence, which makes the task more difficult from match to match. Once you learn how to cope with all the difficulties, you can play online or in local multiplayer mode. 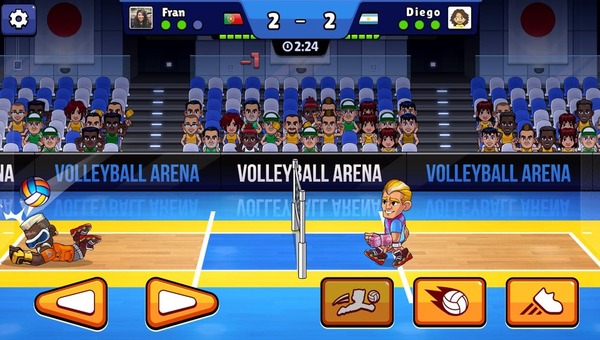 In addition to all this, it will significantly increase its main parameters, which you can pump completely separately. Do not forget about the various power-ups that will definitely help you win, and if they suddenly run out, then you should start winning rounds and open special chests from which they fall out. Over time, your hero will become more and more powerful, and the parties in the match are all exciting.

Download the special menu in Volleyball Arena Mod APK, which has the following bonuses:

Volleyball Arena has much more complex gameplay than many of its counterparts. However, it all depends on the control scheme you choose at the beginning of the game. Different schemes have completely different gameplay feel. You have to hit the ball and bounce it back, so the goal is to try to acquire reaction speed. Don’t forget about hard training. 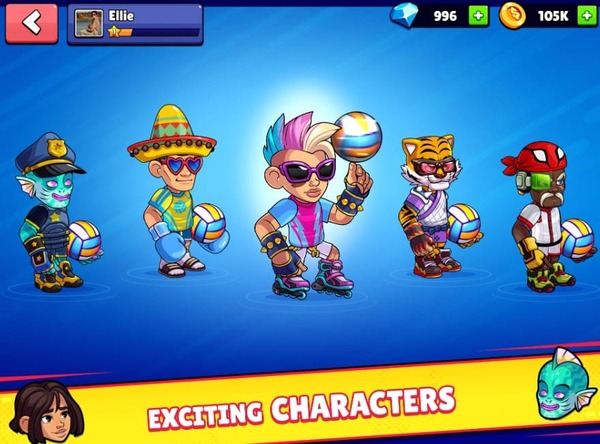 Your athlete has several options for improvement. Just pump a few parameters. These are block, jump, speed and serve. The block is responsible for blocking blows when serving to opponents. Jumping will help you block and attack better. The serve gives you some quick points, and speed is an essential attribute for any athlete. Defending in this game is much easier than delivering an accurate blow. Over time, you will definitely adapt to the conditions.

Volleyball Arena is an exciting volleyball game where you will face players from all over the world one on one. Upgrade your character and buy him a new form to become the most stylish and strong.