War After is a cool shooter with great graphics and unique weapons. The constant struggle for resources does not stop here, and there are fewer and fewer of them. Several factions are constantly fighting for disappearing supplies, and you will have to join one of them and join the fray. Raise your ratings by participating in battles, raise your rank and get access to unique weapons and protection. Destroy players from all over the world, developing tactics and strategy of combat. For example, fire a sniper from a high position, ambush with a shotgun or run ahead, destroying everyone in your path with an assault rifle and participate in PvP tournaments, seizing the remaining resources. Earn money by winning matches, upgrade your fighter and his equipment in order to even more successfully deal with fighters of the opposite faction and lead your people to victory. Become a champion by fighting opponents and climb to the very top of the table among the best players. Download also Furious Tank: War of Worlds and Hitman Sniper: The Shadows.

War After has already more than one million downloads, try this project and you.

War After is designed for multiplayer mode, and single player is not so great as it could be. Gather a team of volunteers and take part in the most difficult and hot team battles. Change your weapons, get beautiful skins and win. The main task is to keep the enemy team from invading and kill them all on the way. The harder and more effective you do this, the better the rating will be. 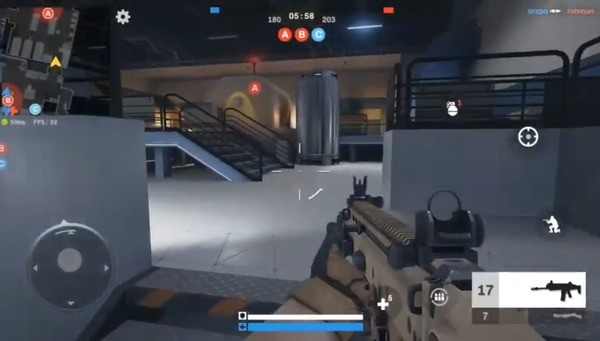 Don’t forget that the shooter is a team one. Therefore, from the very first battle, you will have to spend a lot of time on tactics and general strategy. However, do not give yourself away. Act like a ninja, moving correctly around the map and trapping the enemy in the most unexpected place. A true master can predict the place where the enemy is likely to appear, and you will have to learn this.

The player has more than 20 varieties of assault rifles available. There are pistols and grenades, short-barreled weapons. War After has everything to feel like a real militarist without leaving your home. All weapons presented in the game are available for personalization and upgrades. Therefore, this project will not allow you to get bored quickly. More specifically, you will be able to try out pistols, shotguns, assault rifles and sniper rifles. The developers did not forget about the grenades, each of which can decide the outcome of the battle.

Among other things, the creators of War After introduced a pumping and improvement system into the project. The user will need to collect resources to buy the best weapon. Only intensive training can help improve your fighting skills. Naturally, the developers paid attention to the possibility of changing the appearance of the character. Various skins are available in the store – both for the heroes themselves and types of weapons. It is not at all necessary to buy them, because sometimes they allow you to get skins for completing tasks or participating in events. 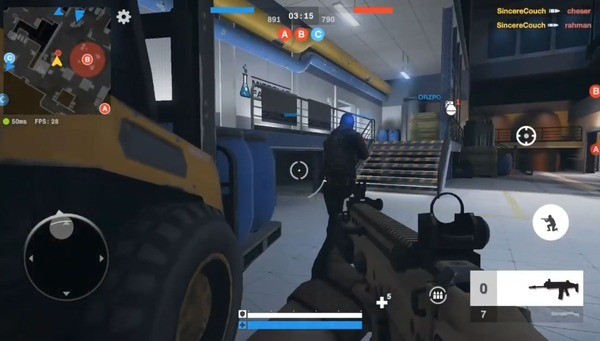 The controls and interface elements are intuitive, allowing you to jump straight into battle and become a master of tactical warfare. Show who is the best fighter in this addictive game, where you will find not only adrenaline-filled battles, but also beautiful graphics and high-quality sound design.

War After offers a large number of weapons, which we have already mentioned, but most of them are locked to the player at the beginning of the adventure. To fix this, we suggest you download a mod in which all weapons are unlocked. In addition, you can use an infinite number of ammo during battles.

Game actions in the project come from the first person. There is no storyline, of course. The whole gameplay is battles on certain maps selected by the player. Get certain tasks in battle, which completion can bring a reward. You can practice, hone the skills of character control, firing in battle against characters controlled by game artificial intelligence. The maximum number of players in one location: ten people. 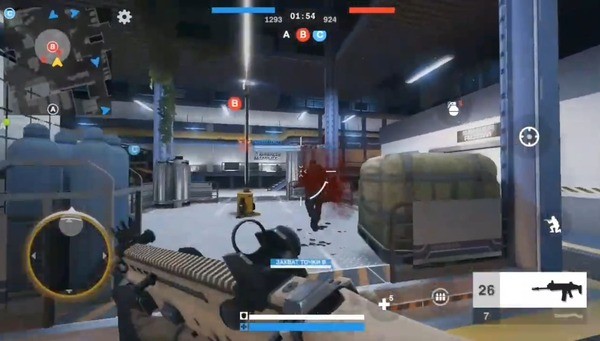 War After allows you to not only participate in online battles, but also choose a unique look for yourself. Consider the specifics of each situation and change your tactics. Stay tuned for updates and new content. According to the plot of the game, regular conflicts between countries led to exhaustion and the outbreak of war. Take part in post-apocalyptic battles. Improve your weapons and fighting skills. Don’t let opponents take over your territory.

War After is really worthy of attention. The game has excellent exemplary graphics, correct balance, cool atmosphere of the maps, beautiful and realistic weapons. We recommend the project to all fans of shooters.