In War Robots, you can find dizzying attacks and the most difficult tactical decisions in battles using robots and various military equipment. Capture points and use a huge arsenal of weapons with gradual upgrading and dragging power for the best attack and the most damaging power. Create your invincible army and fight with your friends on huge maps, showing your skills and using a well-thought-out battle strategy. If you like action games with robots, then we want to recommend you Cyber Fighters and Among Us.

More than 50 million people have already joined the clans and created their own robots for battles. Read about the main benefits of War Robots and join the ever-growing army of fans.

Create your own combat unit

Right at the start, you can assemble your own robot from more than 50 types of combinations of weapons and protective devices. You can equip them with laser weapons and plasma cannons, as well as powerful energy shields. Focus on attack and defense, or try to choose the middle ground in order to withstand high damage and deal an acceptable amount of damage to the enemy. The most important thing in War Robots is to plan the offensive tactics, based on the chosen equipment. 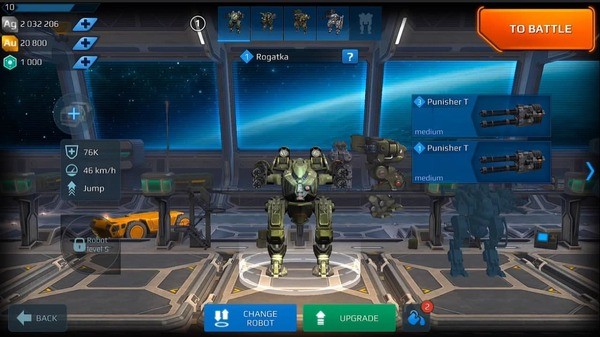 Entering the battle, you can use many unique skills and special abilities. More than 40 types of robots have own unique skills, combining which you can achieve incredible results in battle. Choose your own unique style of play and alternate the most powerful skills and special weapons that can help you overcome all obstacles on the way to victory. The battle takes place in 6v6 mode, and you are sure to meet various opponents from around the globe. Show your skills and become one of the most recognizable players in the virtual universe.

War Robots pays special attention to thinking over tactics and various strategies of combat. Most often, the winner is not the one with the best-upgraded troops, but the one who was able to help a teammate in time or plan a good ambush, surrounding the enemy with allied combat units. Come up with tactical moves and perform various maneuvers to confidently defeat even the most dangerous and powerful enemy. Coordinate with your teammates and you are sure to win any war.

In addition to destroying enemies, you can complete special tasks on each map. Thanks to easy missions, you can always get valuable resources and useful items. Unlock many bonuses that can help you in battles by completing numerous interesting tasks. Reach the position of the best pilot, and conquer the leaderboard of War Robots, taking an honorable prize.

Create your own invincible clan, or join existing ones. Collect the best fighters and invite your friends to the game for a successful team game. Supplement the disadvantages of friendly robots with your special abilities, and create an invincible squad that can overcome all obstacles in its path. Thanks to clans, you can always communicate with other players and find the best partners for team battles.

War Robots features nice 3D graphics that show the battle in realistic colors. Colorful special effects allow you to plunge into the battle thick and feel like a real robot pilot. The developers paid much attention to the elaboration of each individual detail of the weapon. By installing such details, you can definitely feel the difference in power and see different animations for each weapon. The game lacks any gameplay soundtrack. High-quality voice acting of everything that happens on the screen during the battle can allow you to plunge headlong into the world of battles with robots. 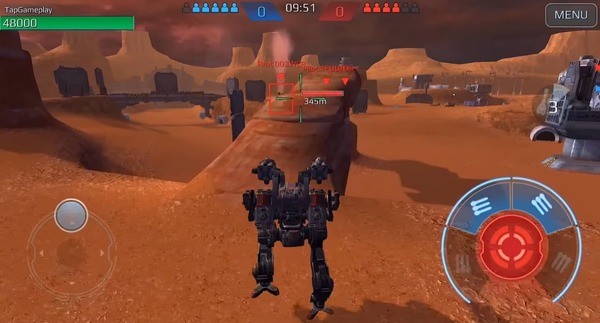 Despite the popularity of War Robots all over the world, you can find many different mods on the Internet. Depending on the version, you can get unlimited ammo, ability to shoot without reloading, money and so on. We hasten to disappoint you, as these offers don’t work. To date, the only working solutionfor the game is a mod for inactive bots. Its meaning lies in the fact that while playing with not real players, but bots, you can take advantage of their inactivity and shoot them to upgrade your level.

Our team tested this mod for performance and checked it for various antivirus threats. Based on the results of the check, we can guarantee you the full performance and safety of inactive bots feature. The only thing we ask you to pay attention to is that it only works up to level 8. After that, you won’t longer be able to fight with bots. Just follow the instructions at the end of this article to install War Robots mod on your device. 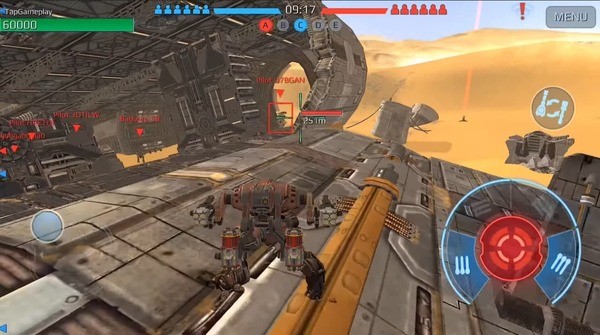 Dizzying battles with the most powerful robots await you. Equip your iron monster with the latest weapons and equipment, and try to destroy as many opponents as possible! Invite your friends into the game and complete simple tasks to open up even more possibilities for customization. Get resources for victory and level up special abilities and unique skills of each fighter. The controls are very easy to figure out, and the magnificent 3D graphics allow you to immerse yourself in a large-scale battle.

How to Install War Robots Mod?

Don’t forget to delete the original version of War Robots before installing our modified version to prevent errors during installation process.