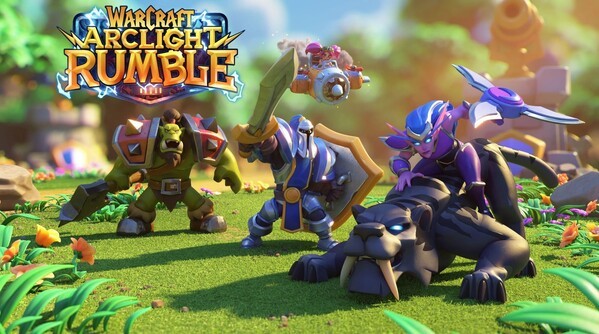 Warcraft Arclight Rumble is a new game from Blizzard Entertainment. This is a mobile tower defense game based on the Warcraft universe. Collect more than 65 heroes and villains with special abilities and then use them on the battlefield. Developers declared support for multiplayer games, including a joint game and duels. There is also a single player campaign mode. The gameplay involves deployment of troops, capture of objects on the battlefield and use of combinations of abilities. Each squad is led by a well-known Warcraft character such as Uther the Lightbringer, Maiev Shadowsong, and Jaina Proudmoore. If you like strategy, then download Age of KITA and Forge Defense.

If you love the creations of the Blizzard Entertainment studio, then you cannot miss the Warcraft Arclight Rumble. 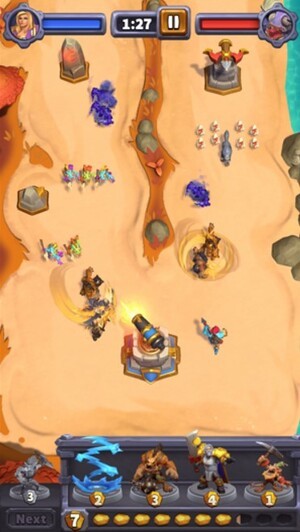 Payers must collect miniatures of characters from the Warcraft universe, upgrade them and create armies to complete missions or fight against real opponents. During the battles, gamers need to summon miniatures for gold, after which they automatically start moving towards the opponent and fight with his army.

You can control the summoned miniatures only when they reach the crossroads. Then an arrow appears on the screen, when you click on it, the squad moves to another line and continues to move. All the epic characters from the series are waiting for you in the application. In total there are more than 60 heroes, monsters and villains in the project.

PvE Campaign is the main game mode in Warcraft Arclight Rumble. Its action takes place in various locations of Kalimdor and the Eastern Kingdoms. During numerous missions, players have to fight with recognizable monsters from the Warcraft universe like the Crusher or the Princess.

Each continent consists of locations, in which five missions are available. In total, more than 70 tasks are available in the game. Complete all missions in the application in a joint mode with another player. Level of rival units becomes identical PvP mode. Due to this, both players find themselves in the same conditions, regardless of how much they upgraded their miniatures in PvE battles.

Game for both beginners and experienced gamers

It is worth noting that despite the seeming simplicity, the game allows you to experiment with strategies and find unusual combinations of characters. Blizzard has tried to please both casual gamers and those who want something more challenging. 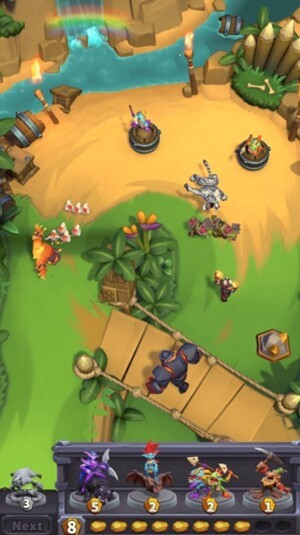 Warcraft Arclight Rumble offers a Conquest mode, which requires you to be much more careful about the composition of the squad and carefully monitor what is happening on the battlefield during battles. By releasing this project, the studio does not try to hide that this is an attempt by the company to take its place in the world of mobile strategies. You can see it with overall casual style of the game and ease of learning.

Before you is a dynamic strategy made in the genre of tower defense. There are more than sixty characters known to fans of the franchise. External stylization made it possible to adapt the characters to a cartoon style that is easily recognizable. In total, you get five factions with unique skills. Someone behaves better in defense, other heroes rely on magic spells, and still others – on neat forays forward with accurate elimination of opponents. 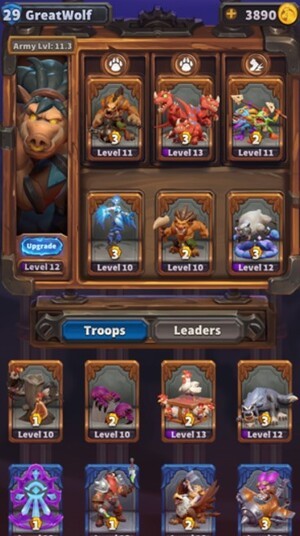 The battles themselves are reminiscent of Action-RPGs, the famous “Defend the Tower” genre and the usual pumping RPGs. Now the combat system seems modest and raw, there is no need to talk about a qualitative balance. A flexible progression system allows you to develop the protagonist and the team depending on the time spent, since there is no need in donations.

Warcraft Arclight Rumble’s gameplay takes inspiration from Clash of Clans, but Blizzard went beyond with addition of dungeons, raids, cooperative gameplay, guild system and more. The result is a good tower defense game.