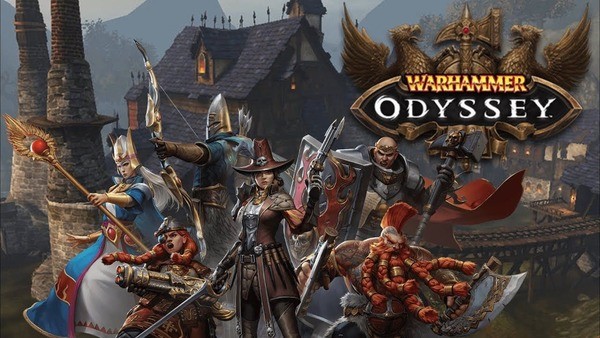 Warhammer: Odyssey is a shareware multiplayer role-playing game set in the game universe of the Old World. Users can choose one of six available classes: elf archmage, elf – shadow warrior, witch hunter, priest, gnome assassin and gnome engineer, and then go to conquer the world vastness where there is only war. The plot of the game tells how the Moon of Chaos increased in size, because of which the monsters of the Old World became incredibly dangerous. Deciding to put an end to the machinations of Chaos, the heroes unite and go on a crusade against the forces of darkness. Each character class belongs to a specific archetype (healer, tank, DD), and in addition to pumping heroes and destroying enemies, players can travel around the world, trade with other players and create own guilds. If you like role-playing games then download Path of Evil: Immortal Hunter and The Witcher Tales: Thronebreaker.

Read our review from to learn more about Warhammer: Odyssey.

Warhammer: Odyssey stands out a lot from the competition because it doesn’t have auto combat. Therefore, we have before us an old school MMORPG and it is a PC sample. Here the user does everything himself. You explore the world, choose the necessary skills, but most importantly, you lead the battle personally. In this regard, the project is great for oldfags, but it can confuse a new generation of gamers who are accustomed to auto combat. Some users complained about this aspect, finding the game overly difficult. 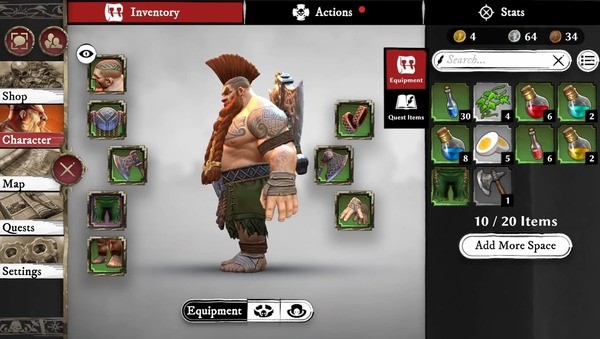 As mentioned above, Warhammer: Odyssey offers the player to choose among six character classes. They are archmage, engineer, shadow warrior, assassin, paladin and witch hunter. For each class, you can choose a gender. Character customization is as simple as possible. You can choose from several faces, eye color, skin color, hair, beard and height. Among all the characters, the most prominent is the gnome-killer, who turned out to be very brutal. This is probably why this class, together with the paladin and the witch hunter, is the most popular in the application.

Having progressed to the tenth level in Warhammer: Odyssey, which is quite easy to do, you can choose one of two specializations without possibility to change it later. For example, for a gnome, it is either a damage dealer or a tank. The only difference here is in the skills that you can pump by unlocking the desired specialization. For each new level, player receives an action point and six characteristics points. Spend action points on pumping skills with option to improve each skill several times, increasing its effectiveness. However, this will require more points.

Spend characteristics points on pumping characteristics. You choose what to download. There are six of them: damage, accuracy, evasion, life, critical strike chance and mana. The system itself tells you how to distribute the characteristics to your class. However, no one forbids the user to improvise and create own hybrid. In this case, you cannot reset points if you have already allocated them. Therefore, you need to approach the choice very carefully.

Get the best equipment for the character

Items in Warhammer: Odyssey vary in color. The grays and greens are the simplest ones. Then there are blue, purple and gold. You can knock stuff out of mobs. Often they can fall outside your class and this is not very convenient. Although the developers have introduced an auction into the game, where you can put unnecessary items for sale. By the way, it is possible to buy green things in regular stores, but most of you will be given on quests anyway, so do not rush to buy them. 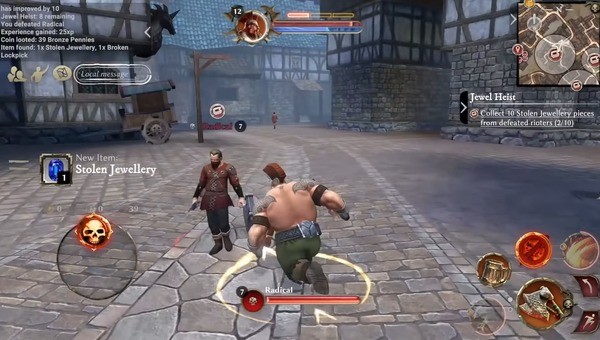 There are three tabs in the equipment interface: armor, jewelry and fashion. If everything is clear with the first two, then in the third you can put on various costumes and skins for your hero in order to customize and make him unique.

Warhammer: Odyssey has excellent graphics, made almost at the console level. It has good rendering, shadows, textures and character models. However, the character animations are slightly worse. In general, the project presents a very nice picture for a mobile device. At the same time, the project is not very meticulous about android devices due to excellent optimization. That is why almost everyone can play this game.

Since the application in question is an MMORPG, it has a lot of content and takes up a lot of space on the hard drive of an android device. Only the installation file takes up more than 1 gigabyte. To make it more convenient for you, we suggest installing the game with one click, having prepared the built-in cache for you. This saves you the hassle of manually installing the cache and allows you to install the project in a few seconds.

Darkness is advancing on humanity and getting closer and closer to cities, capturing them and enslaving people, forcing them to serve themselves. The heroes need to unite again to resist chaos. An ancient pact says the creation of Odyssey, when darkness falls to the ground, so the heroes rush to fulfill noble duty and become a squad that can challenge enemy forces in different guises. Choose a character from 6 classes, such as an archer with a bow that does not know to miss, a priest who supports and heals the squad during the battle, a gnome with a huge ax that splits the heads of enemies and other invincible warriors. Each of them has own special specializations not less than 12. 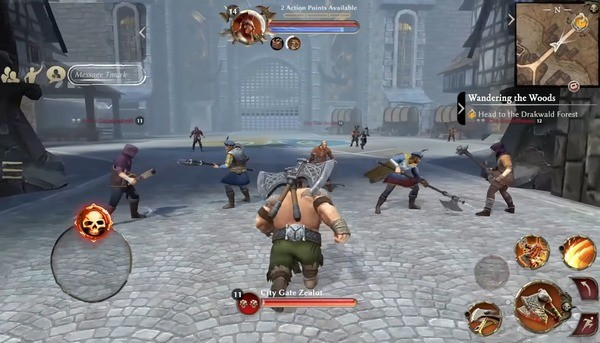 Next, start your journey exploring the open world of Warhammer: Odyssey, visiting amazing places such as a bustling seaport or a dark forest and destroy monsters on your way, earning your glory. Find friends from the real world and unite, destroying an invincible boss and distributing unique loot among allies. Participate in auctions, selling and buying things, trading with other players. Become a legend and create your Odyssey in this epic multiplayer game.

Warhammer: Odyssey is an interesting multiplayer project that definitely deserves attention. It will appeal to both fans of the presented game universe and those who are not yet familiar with it.

How to Install Warhammer: Odyssey Mod?