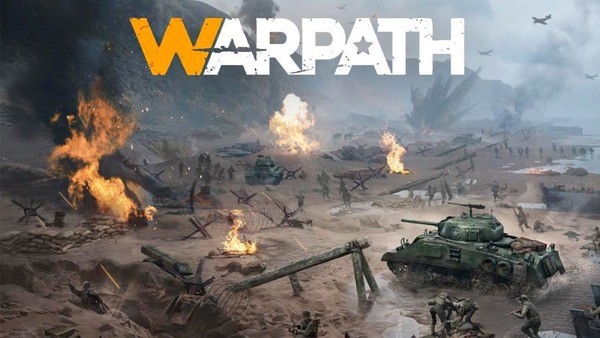 Warpath is an excellent strategy game. You have to control the soldiers on the map independently. Moreover, carry out management not only by detachment, but also by individual representatives. This is quite unusual, because it is not the case of classic projects. Thanks to such a decision, it will be possible to develop interesting tactics and strategies in order to defeat everyone who stands in your way. Fight in different parts of the world from North Africa to Central Europe, conquer new territories and do not forget about base development. Control hundreds of types of military equipment recreated from the events of World War II. If you are interested in strategies, then download also Call Me Emperor: Alternate World and Clash of Beasts.

Warpath is a rare representative of RTS genre for Android. Gamers have appreciated this approach, having downloaded the game more than 5 million times.

Immerse yourself in atmosphere of World War II

Warpath has one distinctive feature – a variety of campaigns. You have the opportunity to take part in World War II. Fight in Normandy, fight for Moscow, and much more. Developers are constantly coming up with something new, so it is definitely not worth worrying about updates. The presented campaigns have to use previously collected resources. At the same time, the project does not repeat the events of a real war. It has its own alternative reality, which is very similar to ours, but differs from it. We have to fight with soldiers of formidable Crow squad – their equipment resemble German army of those times. The player is given the opportunity to control both American and Soviet troops. 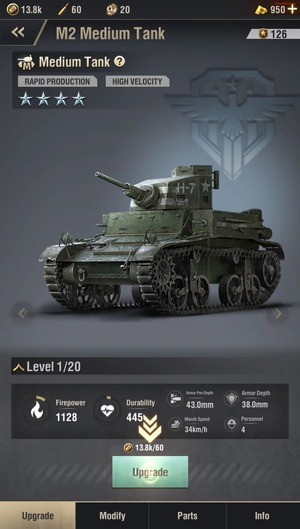 Control a huge number of troops

A detachment can have several units from different types of troops. For example, typical combination at the start of Warpath would be infantry and tank. Different troops can have different speeds and they move across the map in real time. This leads you to the need to keep track of your units. They have a real location, unlike many other mobile strategies, and you can always see your squads. The main thing is to make sure that your unit is not alone in battle, while the second is still moving to the point. In addition, the unit must have an officer. The scheme is simple: officers give their abilities to all troops, strengthening them. You can also add several officers to one squad.

First, you need to decide on base location, because it is the most important part in Warpath. The base carries out most of the operations that can change war course. Try to hire new officers constantly to achieve maximum results. Recruit troops in unusual way, which sometimes confuses users. You will be recruiting soldiers from the barracks. It is rare where you can find that the set passes through a special room. In fact, barracks can not only recruit soldiers, but also distribute them. Thus, if you want to have more units, you need to build more barracks. Do not forget to construct useful buildings in order to achieve the maximum possible performance.

Warpath is a classic RTS. This means that you will not have too much time to think, because something is constantly happening in the game. The project stands out from the competitors in that it has a clear goal. Most RTS for Android do not imply something so global and gamers just need to fight for resources. Here, the main character has a very clear task to defeat the enemy and free people around the world. 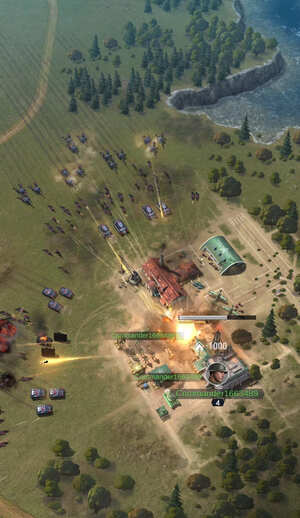 Warpath does not stand out with particularly cool graphics. It features classic top view and rather schematically objects. Nevertheless, there are many units and objects in the game, which makes the developers praise. It is noticeable that they have done a great job. Warlike music sounds in main menu, while during battles you can hear sounds of cannons, small arms, etc.

Only game installation file takes up about 600 megabytes on device’s hard drive. Usually, such large games include APK installation file and additional cache that requires several steps for launching. It is extremely inconvenient, since you can easily install the cache in wrong folder, making many users have problems. However, we suggest you use to download the game with already built-in cache. Therefore, you can complete installation process literally in one click.

The gameplay of Warpath begins with General sending a new officer to command the troops. The charming adjutant Percy will become your assistant. This character has an original description, which allows you to get to know some of her sides. She is distinguished by pedantry and daydreaming. Her cherished dream is to become a famous writer, but for now, she has to give herself up to command the detachments. She will be your first officer to assist in your further service. 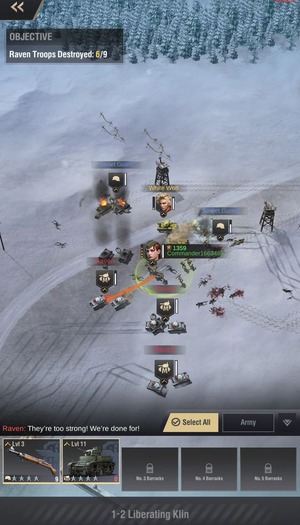 However, it is not the main feature of the game. The authors focused on availability of realistic military equipment and actual weapons of those times. You can also find campaigns that give you the opportunity to participate in iconic battles of the Second World War. One of the most important stages of the gameplay is participating in campaign modes. Each of them takes you to a certain historical period of specific battle. There are many strategically important tasks to solve, trying to turn the battle in the right direction.

Warpath requires constant leveling of troops in order to be able to adapt to any situation. Only a sufficiently strong and pumped army will be able to repulse everyone who stands in its way. Thanks to constant upgrading, interest in the gameplay increases. Don’t forget to use a variety of vehicles, weapon types and more.

Warpath is an interesting game that gives a different take on modern mobile strategy. The authors develop ideas from other genre games, eventually giving out a fresh product with a varied gameplay. Moreover, it does not lose the advantages of originals at the same time.

How to Install Warpath Mod APK?