Go to Purgatory in a game called Watcher Chronicles, immerse yourself in the exploration of numerous dungeons full of enemies, fight and survive. A long and very dangerous journey awaits you, in which you will have to fight against numerous opponents, using everything that is at your disposal. Once in the vastness of Purgatory, you will encounter a wide variety of enemies, and fight them as best you can. However, a lot here depends on what your main character will be. There are many options for the development of the main character. Everything will depend on what equipment you will use, what weapons you will travel with, what magic you will use. Download Monster Shooter: Space Invader and Total Destruction.

Watcher Chronicles is somewhat reminiscent of the famous Dark Souls series. There is also a very difficult gameplay, but the sweeter will be the victory. 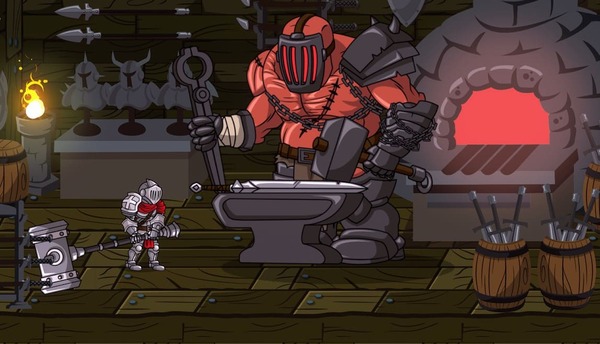 Quick fight based on skills

You have to choose every now and then. Even the choice of weapons has a great importance. Get the following types of weapons in arsenal: giant swords, staves, scythes, polearms and others. The type of weapon you use determines not only the damage you can inflict on enemies, but also the fighting style. Each type of weapon has dozens of different movements, actions, additional skills and abilities that you can use. Study them, choose what you like, collect the most effective skills and use them against enemies.

Players have to face over 20 challenging bosses that require action planning and strategy to win. Along the way, they often have to die and return to the last checkpoints, reloading opponents in the places where they are. The main task is to break through the crowd of rated opponents, get to boss fights and get more experience and valuable treasures to complete the level.

Watcher Chronicles is an atmospheric fantasy adventure game in which you control a lone knight and fight the undead and skeletons. The game resembles 2D platformer with RPG elements in the style of Soulslayer. Players will fight their way through corridors, fight monsters and get to the main bosses. Clashes with the leaders force them to look for an approach to victory, going through several unique stages in which they must memorize the moves and tactics of the enemy. Do not forget that the character has three global indicators – health, stamina and mana. Each of them is extremely important, including mana. After all, there are also spells in addition to classic weapons. 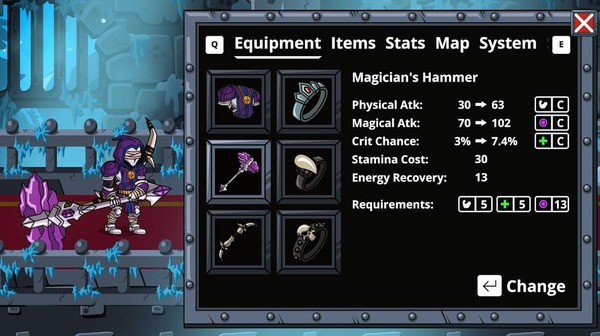 Unfortunately, Watcher Chronicles is a paid game. You can test several levels free, but you will not pass further. You have to pay about ten dollars for the full version. If this does not suit you, we offer you to use the full version free.

Watcher Chronicles has an advanced character development system that fits seamlessly into the game. Like the classic RPG, you can make a lot of different builds. Upgrade weapons and use magic in the game. The combat system is simple and concise: there are classic fast and weak attacks and their opposite – strong but slow. There are also running attacks, jump attacks and attacks after a roll.

If you adapt, you can also learn to parry the attacks of opponents, and sometimes try to quietly approach the enemy and inflict a vile stab in the back, which will remove a significant part of his health. This set of techniques may seem scarce, but it is worth considering that each weapon has its own unique attacks. If you get tired of climbing forward, you can always use magic, long-range or throwing weapons. First, the combat system welcomes hardcore gamers, but also leaves a couple of loopholes for newcomers to the genre.

Despite the simple structure of the combat system, the game does not forgive mistakes. At the same time, the complexity is what many players love this project. You cannot just run into a crowd of opponents and kill them in Watcher Chronicles. You have to think, lure enemies and sometimes bypass them in battles. In addition, there are many different traps in the form of pressure plates, rolling stones, falling through the floor and the like.

Watcher Chronicles is an interesting game that is a role-playing slasher. You need to be as focused as possible and always ready for a tactical retreat to more advantageous positions.