Who Muted Uncle Marcus? is an adventure game from the developers of Wales Interactive. A terrible thing happened – Uncle Marcus was poisoned! Even worse is that it was done by one of the relatives. Find out who exactly is behind the murder. Plays as the main character Abby, the only one whom Marcus trusts. While her uncle is living out his last hours, the girl takes part in the annual family quiz, where she has to find out the identity of the villain. Obviously, you will play the role of Abby, and the plot of the project focuses on a detective investigation. As part of the narrative, the game resembles films, as if recorded from a computer screen. All the action takes place in the windows of instant messengers and video chats, creating the effect of presence for the player. Well, if you like non-standard games, to which this application belongs, then also download Gear Enigmas and Airport Security.

Read on to find out all the features of Who Muted Uncle Marcus. 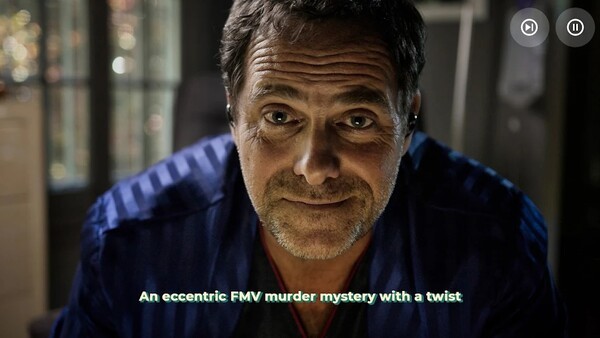 Of course, the Full Motion Video genre in itself involves passive observation of the plot, but there is still something going on. There is some kind of action, changing locations and all that. In case of this project the developers have chosen a leisurely format for the development of the game, as a result of which the action may seem a little inert to someone. Add to this the need to play through the game several times to figure out the killer. During the quiz, Abby collects clues by questioning the participants as Uncle Marcus’s health gradually decreases. You won’t be able to talk to everyone in one playthrough, so after the inevitable finale, you will have to restart the passage – all previously received information will be saved.

There is one star actor in Who Muted Uncle Marcus? – Andy Buckley, known for the series “The Office” and a number of artists of a lower rank. There is nothing bad to say about their acting, they all got used to the role pretty well and are trying. The characters are one-dimensional. You should not expect to find at least some depth in them. In any situation, Abby’s mother will remain imperious and does not tolerate criticism. The aunt will drink wine with a thoughtful look, and the sister will delve into her own. In addition, the “family” setting includes various clichés and stereotypical characters: sweet granny, mother of the protagonist is a powerful woman, sister is an Instagram model and so on. Perhaps that is why it is difficult to understand their motives and who was going to kill Marcus.

As for the gameplay, there are no surprises here. Players only need to choose options for the development of events occasionally. In a separate menu, you can view character cards and evidence that you have found. That is all the game mechanics – a bit, as is customary in FMV games. Think, analyze and try to decide who is to blame in this particular situation and who was right. If you do everything right, you will have a chance of success. 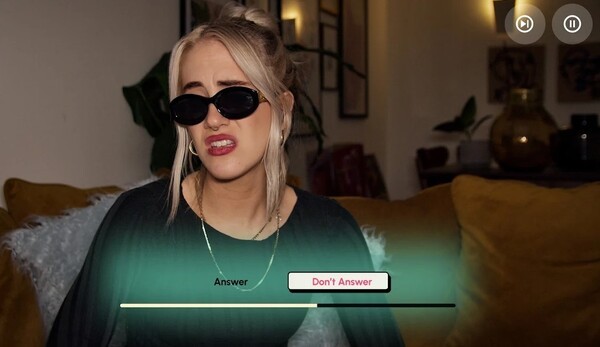 As stated earlier, Who Muted Uncle Marcus? is Full Motion Video. This technology allows developers to use real objects previously captured on camera in the game. Once it seemed like the future of art, media and entertainment, but now it has become almost commonplace. However, it does not negate all the advantages of this game.

All gameplay in Who Muted Uncle Marcus? comes down to joining with other family members in pairs. Therefore, you can interview each of them or try to answer questions. Depending on the answers you choose, they may offend or share important information about other relatives at the meeting. Moreover, after each new game, when choosing new forks, compromising evidence only grows, and the characters themselves can appear before you in a new light. 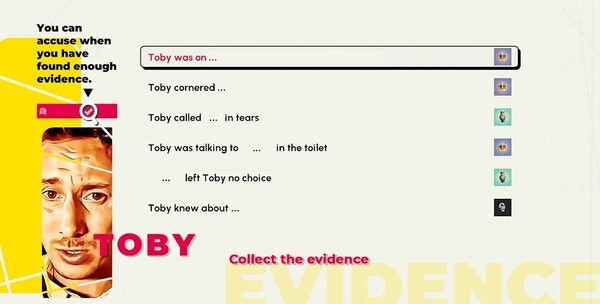 We would like to note that the actors coped well with the roles. They all fit their characters perfectly. By the way, the duration of one “round” in the game is about an hour, but it will take much more time to find the killer. Tension, suspicion, intrigue and more await you here. The game is distributed free of charge and has an age limit of 16+, as it contains scenes of alcohol and tobacco use.

Who Muted Uncle Marcus? captivates with atmosphere of a home detective. If you like this genre of games, then pay attention to this project.