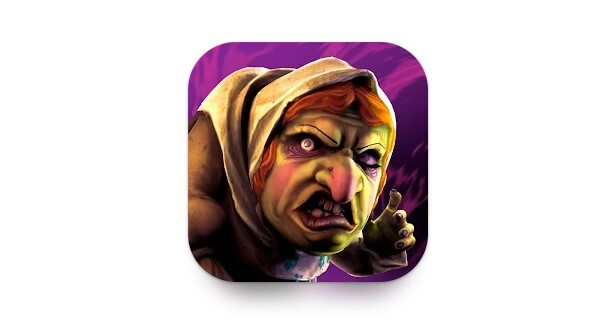 Witch Cry: Horror House is a new scary game from the Keplerians studio. The app takes place in a house filled with magic. Get in the place of a child who was grabbed by a witch; his task is to save himself at any cost. The game’s story will be broken into chapters with more emphasis on puzzle solving. It is interesting that emphasis will be not only on the escape from the evil witch, but also on the analysis of her psychological portrait: who is she? What happened in her life, because of which she turned into an eternally grieving witch? The app received an age rating of only “7+”, while other studio projects are usually available to people over 16 years old. If you are interested in games from these developers, then also download Mr Meat 2 and Evil Nun Rush.

If you are interested in a brief description of the game, then read our review to form a complete opinion about the project. 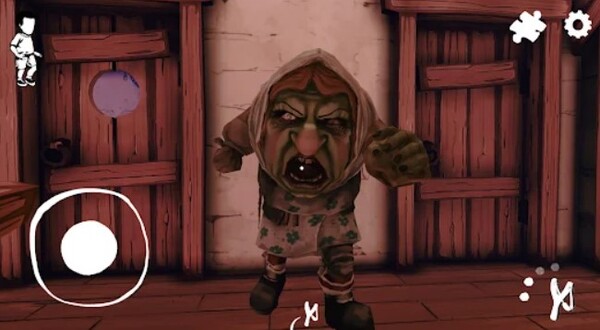 One night the boy Timmy climbed into his bed as usual and got ready for bed. Just as he began to fall asleep, the window of the room burst open with a crash. Frightened, Timmy jumped up and hid under the bed. Gathering courage, the little one took his favorite slingshot and approached the window. The boy did not have time to close it. Some strange wind picked up Timmy and carried him out into the street. In horror, the boy screamed so loudly that he lost consciousness. Waking up, he decided that he had dreamed it all, but soon realized that he was in a strange house. Now the boy needs to get out and find his way home. He has only a faithful slingshot and an evil witch roams the house.

You are in a cage. Before you are bowls of food and a slingshot in your hands. There is a padlock on the cage. You need to get out somehow, but how to do it? Suddenly, you notice a key hanging on the wall. Shoot him with a slingshot, and then pick up, open the lock and go free. At your disposal will be a huge mansion with various rooms and interesting inhabitants. 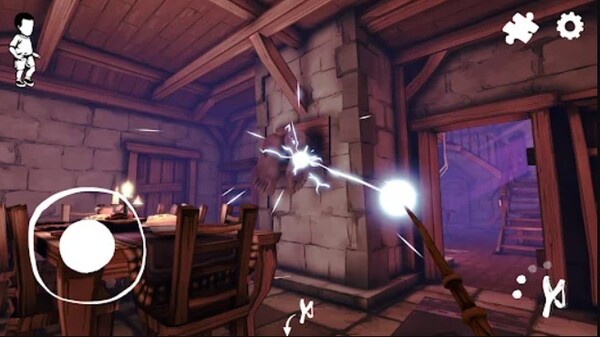 In addition to the witch herself, Witch Cry: Horror House features a giant immured in a wall. Help him get rid of suffering and he will generously reward you. The graphics in the game are made in a cartoon style. There will be portraits throughout the house that you can take a closer look, as well as entertaining decor items.

Lots of puzzles and challenges

Face a huge number of challenges in Witch Cry: Horror House. Look for various items that you can interact. For example, lock on the door that turned into a snake. It does not let you go further, so you need to find a pipe to calm the animal and pass. Alternatively, you will see a large wall clock. You can move the arrows to them at any time, but initially it is not clear what the logic is in this. It is necessary to understand when the witch goes to bed and rearrange the clock for this time. You can go to hidden places after the mistress of the house leaves.

Witch Cry: Horror House tells the story of an ordinary witch who minds her own business, doing magic, doing bad things and facing all sorts of monsters. One day something unusual happened, after which she was unrecognizable, since the witch roared and was sad for days on end because of something! 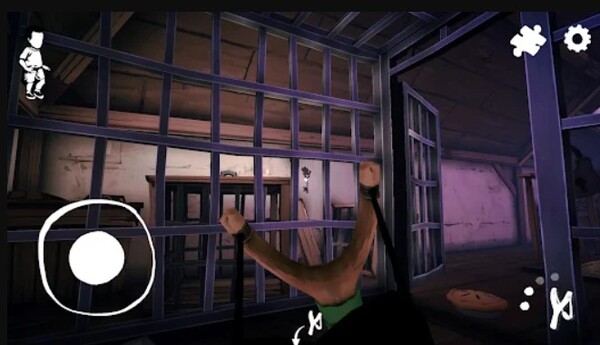 Play the role of a child whom she stole and kept in her lair. Explore the witch’s huge house, try to find a way out of there, and figure out what happened after all along the way. To do this, you will need to find many items, clues. Get to know her story better and solve puzzles. In no case do not fall into the eyes of the sorceress, as otherwise everything may end badly.

Game location of Witch Cry: Horror House is quite large, where there are many rooms and secret rooms where you can even get lost for a while. The graphics here are impressive, created in a unique style. Immerse in another world for a while. In addition, it will take a lot of effort to be able to understand the situation!

Witch Cry: Horror House is a great puzzle game from cool creators. This project is not very scary, so it will suit almost all users. Look for items and interact with the huge house.