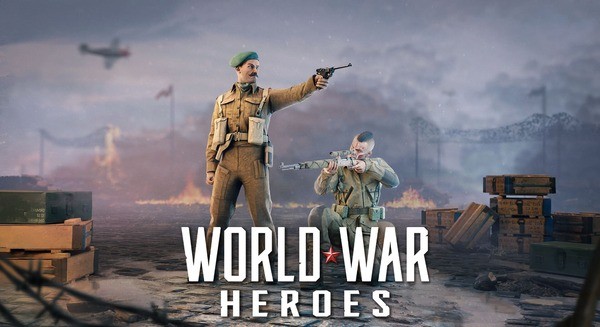 World War Heroes is a multiplayer shooter with several game modes. You have to fight with real players, controlling an infantryman or tankman that participates in the Second World War. The project features several different modes, such as multiplayer, solo, capture and bomb destroying. There is a large number of different weapons, which leveling greatly influences the gameplay and success in battles. You also have an opportunity to participate in various tournaments. Check out another addicting shooter on our website – Unkilled. However, if you prefer large-scale battles, then download Battle of Warships: Naval Blitz.

World War Heroes has more than 50 million downloads along with 2 million positive reviews. Find out all main features of this game.

World War Heroes provides several modes in which you can show your superiority over your opponents. In team mode, you can fight enemies as part of a group, trying to defeat opponents using various tactics. The battle in command mode provides players with only one chance. As soon as you die, you just have to wait for what your comrades can do. There is also a single combat, where each soldier plays for himself, gaining kills and points. You can also capture a bomb and destroy it, simultaneously fighting off opponents who are trying to interfere your goal. 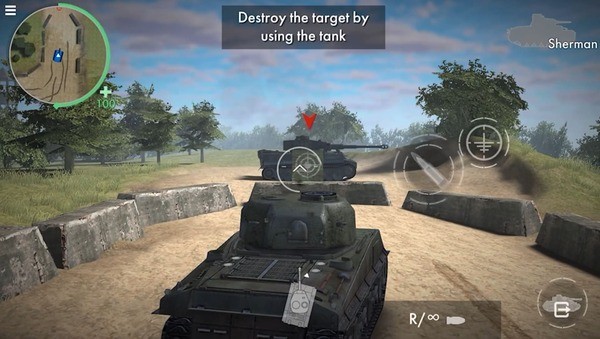 Become a dominator with a simple goal

The developers of World War Heroes have worked hard to create a shooter comfortable for playing on mobile devices. Shooting is automated – aim at the enemy and hold it for a while to start firing. Moreover, if the scope is very close to the enemy player’s model, the system automatically aims your weapon at the enemy and starts shooting. By taking good positions and knowing how to wait, you can dominate the battlefields.

Wreak havoc on the battlefield by sitting in the cockpit

In addition to playing as an infantryman, World War Heroes allows you to take a tank and destroy enemies with heavy weapons. Tanks are present both in ordinary battles between players, bringing a huge number of problems to ground troops, and in a separate mode where you can fight with tanks only. There are two options for dealing with enemy tanks in normal battles. The first is to lay a mine on the route of the enemy vehicle or throw grenades. The second comes down to setting own tanks on enemy vehicles and enjoying the spectacular battle. Simulator mode allows you to get into a tank to fight with other players of the same kind who went to the battlefield to collect more opponent corpses.

World War Heroes has nice realistic graphics that amaze players with its sophistication and high details. Good high-resolution textures make you wonder if this is definitely a game for mobile devices. Nice and user-friendly interface helps you quickly get used to combat craft. The sound component perfectly matches the graphic design on the highest level. Music helps you immerse yourself in the gameplay, adding drive and calming down at the right moments. In total, sounds only accentuate the action that takes place on the screen. 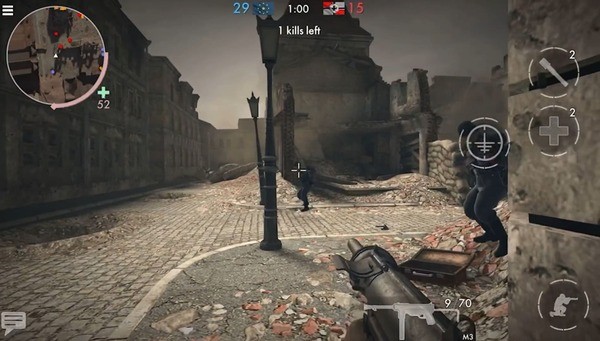 As in most shooters, ammo plays a huge role In World War Heroes as well. It’s not endless, while reloading weapons requires spending a large amount of time in battle, where everything can change in seconds. There are situations when, due to the inopportune run out of ammo, you can lose your leading position and die. We can protect you from such unpleasant moments by providing an opportunity to download a unlimited ammo mod for World War Heroes.

After installing the mod, you immediately get access to unlimited bullets, which helps a lot on the battlefield. You no longer need to run around the corner and reload or look for another weapon in a panic, since you have run out of ammo. Now you can shoot without pause and crush enemies with firepower. Note that there are many donators in the game, so even unlimited ammo feature cannot guarantee you the win. However, it can still significantly increase your chances in an unequal fight. Installation file is safe, as it does not contain viruses.

Gameplay part of World War Heroes comes down to a handy multiplayer shooter in which you have to fight a different number of enemies in a variety of modes. There are several maps where you can show your skills, as well as a large number of weapons that you can improve in order to gain an advantage over enemies. In addition, you can use tanks that allow you to get strikingly different experience. 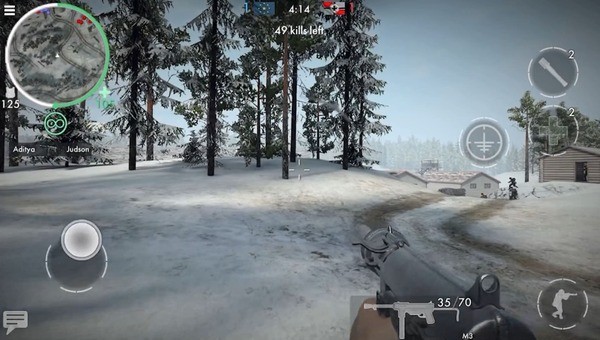 Before the start of the battle, user can change weapons, as well as choose a certain set of items. For example, if you plan to play the role of a medic, you have to take care of buying a first-aid kit in advance. In-game arsenal is more than impressive. It is noteworthy that there are both historical and modern weapons. For an additional fee, you can customize your favorite rifle or pistol. The same goes for the skins of your characters.

World War Heroes is an excellent WWII shooter that all shooter fans can appeal. Interesting gameplay and surprisingly good picture for mobile games prove that the game has a very high rating in all app stores for a reason.

Don’t forget to delete the original version of World War Heroes before installing our modified version to prevent errors during installation process.