Worms Zone.io – Voracious Snake is a fun arcade game by developers from Azur Games, which invites you to fight with real players on arena. Absorb everyone in a role of worm who is weaker than you are and avoid larger rivals. Despite the acute competitive nature of this game, you can communicate and find many new friends from other countries. Remember that there is only one winner here, so be careful. As a very tiny worm in this huge cruel world, you have to fight for survival and supremacy. Travel on a huge map and most importantly – eat anything smaller than you to gain mass. Only diligence can help you grow big and defeat everyone. Download also other games from the developer, such as Draw Hero 3D and Magica.io.

Worms Zone.io has already more than a hundred million downloads with an average project rating of 4.3 points. It is one of the most popular games from Azur Company, which has already released about a hundred applications.

Make your worm the biggest

The gameplay in the Worms Zone.io is very similar to the legendary “Snake”. You have to grow your character by absorbing various objects on the map. However, if clear lines limited movement in Snake, here you can maneuver in any direction. In order to destroy another worm, you must surround him. If you hit your opponent’s character with your head, you will lose. Special currency can help you to resurrect your worm with a mass slightly less than half of what you had. If someone collides with you, then your opponent will lose. The gameplay controls are as simple and straightforward as possible. Keeping your finger on the screen, move it across the touchscreen in order to manipulate the movements of your character. 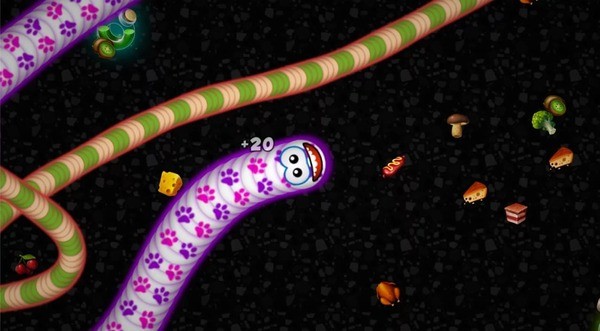 Use potions to get stronger

Your character in Worms Zone.io ends up on a large map with food scattered everywhere. It is necessary to direct the worm to food, absorbing it. Your ward will start to grow, so the more you eat, the more he becomes. In addition to food, sometimes you come across bottles with colored liquid – some kind of boosters that can increase the speed or other characteristics. You can be a peaceful creature simply by gathering regular food or turn into a predator by attacking others. It is not so easy to attack, you need to competently take in the ring or cut another participant so that he crashes into you. Be careful not to accidentally end up in its place.

You need to use blue potions to become huge. If you manage to find something like that, you should immediately eat it. Due to its properties, you will instantly increase several times. If you want to get much faster, use the green potion. Use it to overtake rivals quickly in order to pick up food next to them. The game has many other tweaks to make the gameplay much more fun. Don’t miss the opportunity to explore them all.

Use a specific strategy for success

There are three main strategies in Worms Zone.io, for behavior on competitive map. Let’s consider them in more detail: 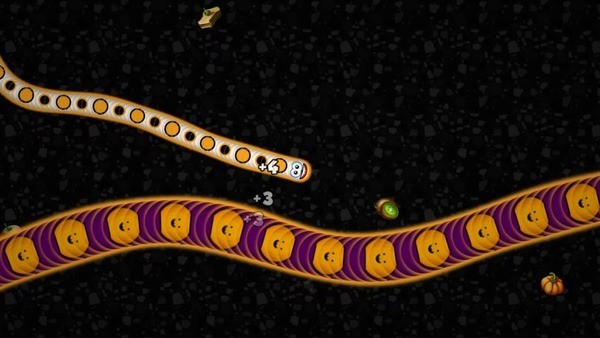 Undemanding, but colorful and high quality graphics are present in Worms Zone.io. The game looks modern in comparison with Snake, but it is far from a good three-dimensional picture. The developers tried to make the project of high quality, attractive for everyone. Rich selection of skins only underlines the efforts of creators.

If you are tired of the boring standard skin on your worm, you can change it by paying gold coins. You can earn them for participating in rounds, as well as noticing the map. Usually, you can find them near destroyed worms of opponents. However, you can do it easier by downloading a mod, with all the skins unlocked at once. In addition, you get unlimited coins.

Worms Zone.io is an interesting entertaining game. It is provided completely free of charge, and the entire action takes place in real time. You have a colored worm at your disposal, who you need to send in search of food.

The pet has to crawl on the work surface to explore it with friends. Main goal is to find and eat the most delicious treats. It depends only on you who will emerge victorious from this difficult battle. Many factors interfere with achieving the main goal, so it is important to use all your reactions, coordination and mindfulness. 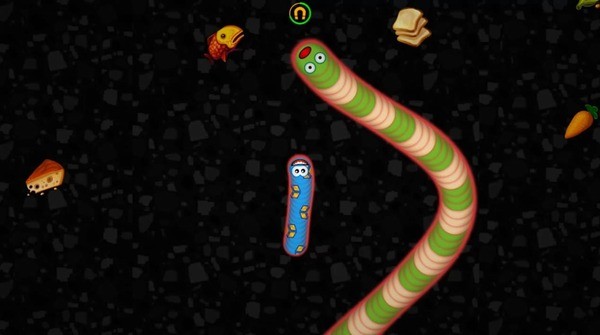 The most important thing for a player is to be extremely careful. Remember that nobody here is your friend, because everyone wants to achieve maximum results. Be cunning, use stunning tactics to lure the enemy into a trap or just peacefully collect food, bypassing any obstacles.

Worms Zone.io is the perfect embodiment of its genre. Project captures from the first minutes and there is no age limit. Control a cute worm absorbing everything in its path. Relax and have fun competing with real people.