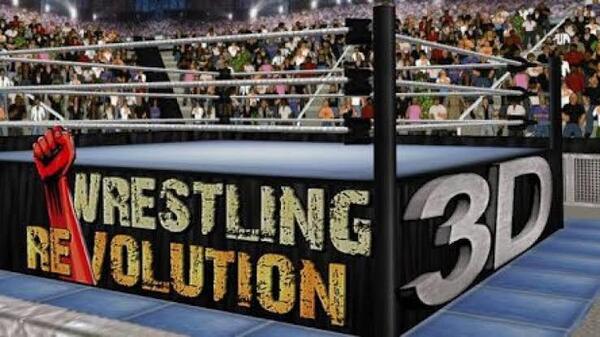 Wrestling Revolution 3D is a mobile wrestling-themed fighting game with detailed gameplay, career options and character builder. During the gameplay, you have to participate in duels with different opponents. At first, it will be simple sparring even without a ring, but after a few wins your popularity will grow. The game offers well-developed wrestling match mechanics. Make grabs, throws, carry out illnesses, use improvised means, for example, chairs. Coupled with realistic 3D graphics, this creates the necessary atmosphere for immersive gameplay. By earning money, you will be able to strengthen your champion, as well as buy equipment for him. We also recommend WWE Undefeated.

Today, more than 100 million users from Play Market have downloaded this application. Join and prove to everyone that you are the best fighter in the world!

Wrestling Revolution 3D is different from most mobile fighting games that the user has seen before. The game is as realistic as possible, and the visualization, although it seems a little outdated, still looks quite competitive. The gameplay focuses on 1-on-1 wrestling matches. The game has several modes, including titled sparring, training, championships, and so on. 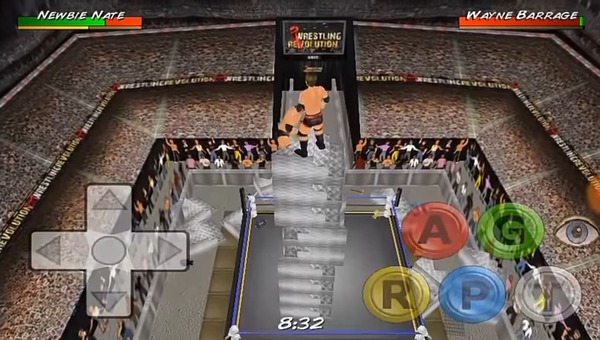 The path of your character will be difficult and thorny. Indeed, to conquer leading positions even in one league, you have to pump all fighter characteristics for a long time and diligently, trying to minimize the number of defeats. Take profitable contracts and earn even more money in the game. Spend them on participating in tournaments and additional skills.

By creating a character, you start his career, after which you can develop it, speaking for your hero in all new matches. Each wrestler in Wrestling Revolution 3D has a specific list of characteristics. Based on them, you can specify your fighter for certain tactics. Each character in the game has its own unique set of parameters and properties. Some fighters are better in attack, others are better at throwing and moving. It all depends on the specific character.

Depending on the character you choose, you need to use certain tactics. You cannot win without this. By winning victories, you improve your champion, because in addition to health and stamina, he has as many as seven characteristics. This includes agility, strength, and side effects such as joy, crowd respect or object/ring skills.

The combat mechanics in this game are both simple and complex. Controlling the wrestler is not too difficult. In order to control the process, you have one controller and several keys responsible for techniques. However, the list of attacks is quite impressive. In this case, we are talking about real throws and deflections really practiced by Western wrestlers. Start your walkthrough of Wrestling Revolution 3D with careful character selection, selection of characteristics and appearance. Plunge headlong into the world of professional wrestling. Dozens of hours of addicting gameplay await you. 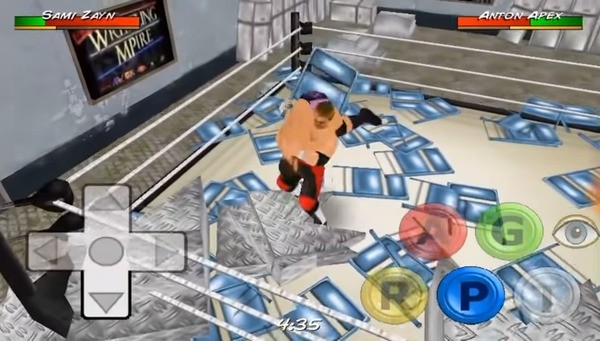 The game has a whole encyclopedia of various tricks, ingenious tricks, grabs and strikes. By the way, developers made emphasis on tactics and actions of real wrestlers. It is safe to say that you will get acquainted with the world of real wrestling through the entire playthrough. Huge number of sophisticated battles, complex pumping parameters and furious opponents – all this brings many vivid and unforgettable emotions.

Developers created the game for mobile devices, so it has simple but well-designed graphics, small size and excellent optimization. Therefore, you can play even on a weak device. It is also worth noting that during the fights you will be able to hear the frantic support of the fans, as well as the crunching of the bones of your opponents.

To enjoy Wrestling Revolution 3D fully, we suggest that users download our unlocked mod. Use it to get all the paid content in the game free.

Find yourself in a cruel world where battles between the strongest fighters do not stop for a minute. World wrestling stars come to the arena to put on an incredible show with blood, sweat and injury. In order not to be hurt or injured in the real world, start the battle in Wrestling Revolution 3D, because here you have endless possibilities. You will not be bored, because the developers have added several modes, thanks to which you can test yourself in different situations. Help your allies in group battles and in other modes, you must comply with certain conditions for victory. Play against a friend online by inviting him to a private match. 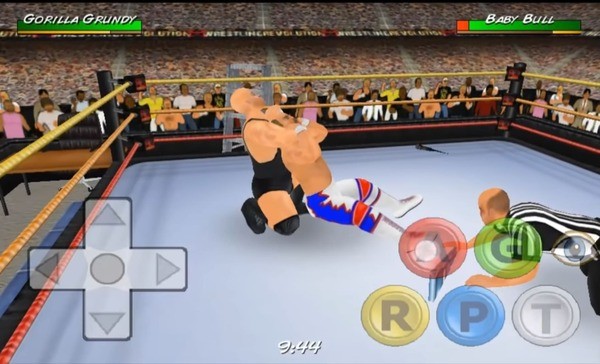 The uncomplicated plot of Wrestling Revolution 3D tells the story of a young athlete dreaming of the glory of a great wrestler. Give him a name, customize his appearance and choose a shape. Train him to reach the goal as quickly as possible.

First, you need to choose a fighter. In the early stages, the choice is not so great, but gradually you will be able to unlock more than 300 different athletes. Each of them has its own fighting technique and own signature strike. You have access to all the techniques allowed in real wrestling. Of course, the fights would not have been so spectacular if there were not opportunity to use various things, such as chairs.

In order to become a wrestling star, you need to perfectly master a variety of hand-to-hand combat techniques. For victorious outcomes of the match, the player receives a certain amount of internal currency, as well as experience. Gain experience to upgrade your fighter, become stronger and advance to the big league.

Wrestling Revolution 3D is a very interesting sports game. You are about to become a successful wrestling fighter. These are not only spectacular fights, but also many unusual techniques. The fight can turn into an incredible show at any moment.