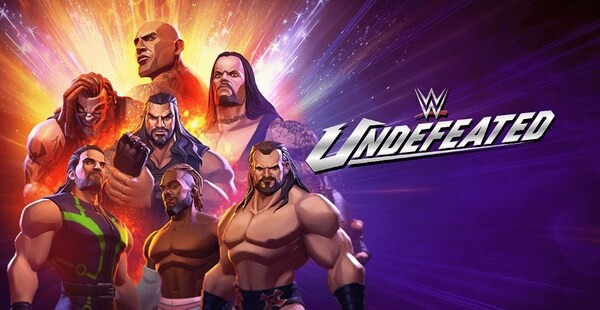 WWE Undefeated is a fighting game where you have to take control of one of the wrestling stars to win all battles. The game essence lies in alternation of various techniques – attacking and defensive. Each technique requires a certain amount of energy. Play PvP matches challenging real opponents in multiplayer mode. You can choose among the wrestling legends to try each fighter in action. All wrestlers have a unique set of punches and techniques, as well as combinations of attacks. Learn and improve skills to deal as much damage as possible. Join a group of like-minded people and share experiences with other players. Move through the leagues to reach the top of the world of wrestling! Download other sports games like Score! Hero 2 and NBA Ball Stars.

WWE Undefeated allows players to get acquainted with world of wrestling and see the best representatives of this sport in action. The project has an assessment of 4.1 points on the Play Market, which indicates its recognition from gamers.

All fights take place non-stop in WWE Undefeated. That is why you need to react quickly and make decisions. It is one of the few projects with successfully combined elements of action and strategy. The main task is to use this or that technique in time to achieve the goal. Deceive your opponent by putting a fighter with unexpected qualities and skills that can send him into a deep knockout. Most importantly, there are no systematic actions, as everything happens in real time. This gives the fighting realism and at the same time forces players to mobilize all their skills.

Use a variety of techniques

Globally, WWE Undefeated features moves of three types: strikes, grabs and blocks. Strikes are quick attacks that distract enemies and set the stage for other moves. Grabs are slower actions. They inflict increased damage and can penetrate enemy defenses. Finally, the blocks. These are defensive techniques, which allow you to defend against enemy attacks. Initially, only the simplest techniques are available to you, but later you can learn new attacks, improve them and also make combinations.

WWE Undefeated has an official license from the promotion, so the project features real fighters who also have their own recognizable appearance. These are Scala, Kofi Kingston, Roman Raines, A.J. Styles and others. At the beginning of the game, you take control of the Rock. Each of the fighters has their own skills, which in part correspond to the skills of athletes in real life. Because of this circumstance, it becomes even more interesting to play. In this case, you will fight in the most unexpected and beautiful places around the world. Visit Taj Mahal, Shibuya Crossroads, Easter Island and many other colorful locations. Fight all over the world, participate in exciting events and rise to the top of rankings as an invincible fighter.

WWE Undefeated offers spectacular and interesting PvP battles for those of you who are bored with AI battles. Each player chooses a certain fighter. There can be a fight between two identical wrestlers who participate in two rounds. The winner is the one who wins two rounds first. Closely monitor the energy of your charge so that always have the opportunity to attack or defend, if the situation requires it.

WWE Undefeated has great graphics. The fighters are very similar to their real-life prototypes and the techniques look spectacular and realistic. In addition, among all other sound effects, all battles feature professional WWE comments. Of course, he does not voice every action of the fighters, but sometimes he speaks lines that only fuel interest in the confrontation.

Download WWE Undefeated mod for unlimited energy and beat your opponents without stopping. Moreover, you can also activate dumb bots mode. In this mode, your enemies will not respond to attacks. This mod is useful if you cannot defeat the same opponent for a long time. In order to use the mod, you only need to download and install the presented version of the application.

Please note that the mod works only in offline mode!

WWE Undefeated is a simulator with high-quality graphics. The main character will enter the world of wrestling, in which the most brutal battles take place. Meet champions of the whole world with incredible strength. In order to defeat rivals, the protagonist has to improve his skills, build a career and develop own signature techniques.

Only the strongest fighter can win in tournaments. Therefore, the player needs to improve his character constantly. Developed tactics and quick strikes to the enemy can also help to become a winner. The game will delight you with gameplay simplicity, as well as high precision control of your character. Having established a multiplayer mode, fighters will be able to meet in the ring and defeat opponents from all over the world.

Observe timing, use skills in time and deliver crushing blows. Open loot boxes and get all new techniques, as well as improve old ones. Upgrade your fighters and remember that it is much more difficult to play in multiplayer. Reach the major league of wrestling and crush everyone.

WWE Undefeated is a quality-wrestling simulator with card game elements. Among the advantages are excellent graphics, real fighters, as well as a large number of techniques. The game is a real gift for all fans of this type of martial arts. You can enjoy spectacular battles and feel invincible.