Yulgang Global is an online role-playing game from Chinese developers Tigon Mobile. Previously, the game was only available in Korea, but now it launched in Europe. Before you is a role-playing game with an isometric camera and auto-questing. The developers even added a 1v1 PvP arena. At the start, they offer to create a character and choose one of five classes. Spearman, archer, warrior and doctor are among the. The most interesting begins after reaching level 40, because that is when players can start mining cryptocurrency. Forge opens in the game at level 40. There you can create a TIG token from crystals. By the way, we have prepared other role-playing projects for you, such as Brave Soul: Frozen Dungeon and Evil Lands.

The first MMORPG called Yulgang was released back in 2004. It focuses on the manga of the same name, which main theme is martial arts. The project is especially popular in Asia and now it is trying to conquer the whole world. 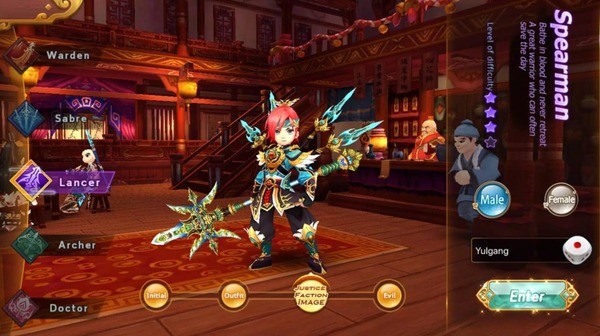 Play and get cryptocurrency

Main feature of Yulgang Global is cryptocurrency farming. Is it possible to earn money on this? Let us figure it out. The game has a TIG token, which you can earn by collecting ore. 549 ores are equal for one coin. Coin exchange is unlocked at level forty. Now, one coin is worth a few cents, so the rate of this cryptocurrency is quite low. You need the sixtieth level to mine large quantities of special ore. Because there is very little ore before that. You also need it to level up your character and your horse.

Not everything is so simple. Even after reaching level 60, it will be difficult to make money, because the game is Chinese, and there are many bots here. Farming and mining take place in one single location – Dragon Cave. It is easy to get into it. The problem is that the ore at the level runs out very quickly, competition is huge, and it takes a long time to respawn a new one. Therefore, you have to spend a lot of time in the application in order to earn something.

The game has several classes. Speaking specifically, these are Warden, Saber, Lancer, Archer, Doctor, Assassin and Warlock. There is also a secret class, Boxer, which you can unlock at level 60. Each class in Yulgang Global is revealed as you level up. Receive professions during the game: at the tenth, fortieth, and then twice you will be able to increase the level of this very profession. You have to choose one of two specializations: light or darkness at the fortieth level. Your new skills obtained for completing quests depend on this. There is also a sharpening of weapons and items. It is safe, that is, the item will not be able to break in case of failure. Your weapon glows in different colors every ten levels.

Visit dungeons alone or with a team of like-minded people

There are many different dungeons in Yulgang Global: for resources, experience, items and all materials for developing your character. You can complete each of the dungeons twice every day. There are also solo and group dungeons divided into difficult and easy. The higher your level, the steeper the dungeons available and the better the reward will be accordingly. You can assemble a team of up to four people for group dungeons. Here the rewards are better, but the tasks themselves are more difficult. It is also worth noting the arena, where only battles with bots are available so far. However, there is an opportunity to fight one on one with another player in a special PvP mode. 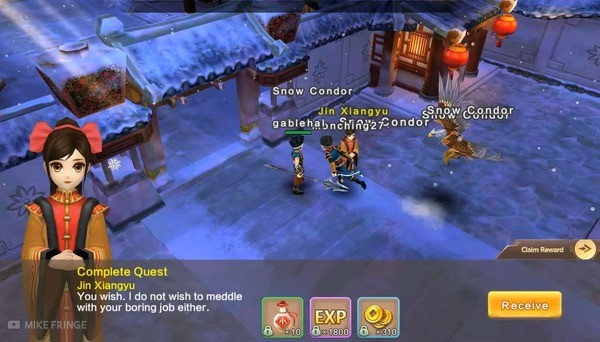 Yulgang Global has typical Asian multiplayer graphics. It is colorful and at the same time quite cartoony. The soundtrack here is characteristic Asian music.

Each user has a certain number of daily tasks and quests for 24 hours. When everything is done, you can continue your adventure by leveling on mobs. Of course, here you can get disproportionately less experience compared to completing quests. However, if you really want to play, then you should consider this option. 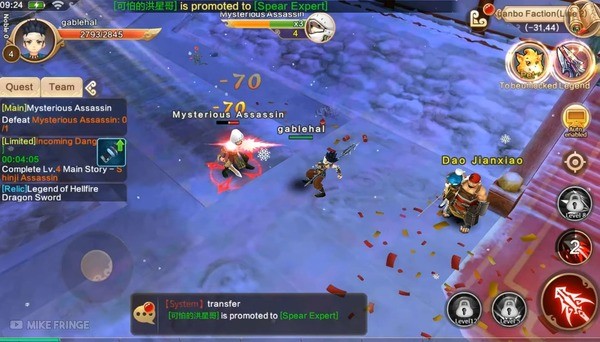 There are not very many skills in Yulgang Global (15 of them in total). Players can use four skills in battle. They improve as you level up, that is all. There are also passive skills that you can use and pump. The developers have not forgotten about the pets either. At the start, each player receives a condor. Don’t forget about the opportunity to get a turtle in the future. Pets have an increased level, stardom, and they can upgrade their skills. There are many animals. If you are a donator and you are lucky to get a golden pet, you will destroy all enemies.

Clans, cooking and the ability to take the accumulated experience have not gone anywhere if you have not logged into the game during the day. Find all events in a special table, so you won’t miss them.

Yulgang Global is an interesting game that will appeal to all connoisseurs. You won’t be able to earn a lot here, but you can get a few dollars if you put in a lot of effort with a pumped character.