Zombie Combat Simulator – Kill zombies by playing alone, with friends through local multiplayer or online. This is a high-quality third-person action game in which the player has access to four different maps and four modes: checkpoint, survival, infection and sandbox. Don’t forget about three difficulty levels: easy, difficult and nightmare. In sandbox mode, you can freely create new units anywhere and customize settings such as weapons, health, movement speed, AI behaviors, etc. If single mode is not enough for you, then clear maps from the dead with friends through multiplayer or play with other people online. There is a choice of graphics detailing quality, ability to disable auto-shooting and bloody effects in the settings of this action. Do you like shooters? Download Every Hero and Pixel Combat: Zombies Strike. 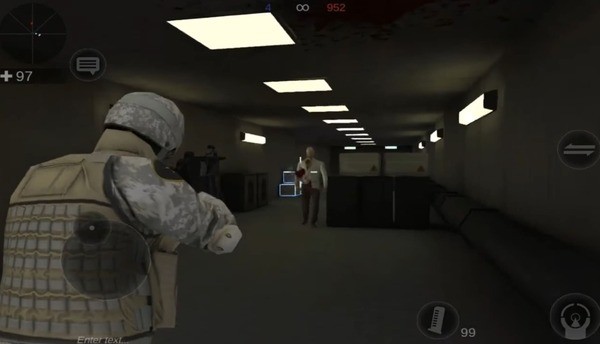 The game consists of three modes: battle with opponents on the network online, fight with zombies on the local network and offline mode. A feature of this game is the sandbox mode, in which the player can independently create a location, team, equipment and change the characteristics of soldiers, damage and the amount of experience gained. You will face a variety of goals, ranging from clearing territories from zombies to capturing and holding certain areas on the map. Enjoy the unique experience of the wonderful game and destroy all the zombies.

The most interesting thing in Zombie Combat Simulator is the quick change of cameras. For most of the time, you will see everything in the first person. However, if the character is at a standstill or a zombie appears from the back, the camera will abruptly switch to the third person view. This is quite unusual and sometimes causes a lot of inconvenience. You have to instantly switch to the target and not panic.

The essence of the game, as in all games of this genre, is to destroy the enemy. Equip soldiers in different ways by pumping weapons and equipment. Zombies that you need to confront in battle, also have specific fighting qualities. It is necessary to select different tactics for different types of them. Find and implement a tactical advantage, such as narrow streets, corridors, etc. Be sure that a huge mass simply does not crush the soldiers. 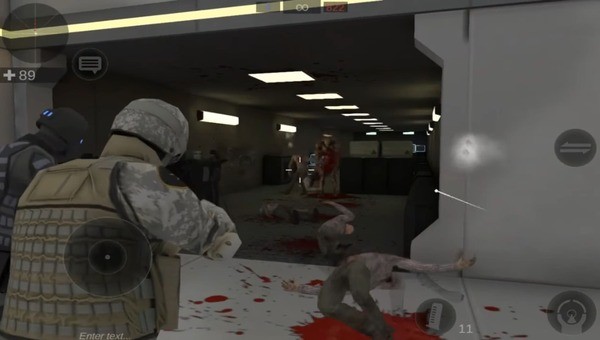 The control in Zombie Combat Simulator is a multi-position joystick located on the left side of the screen. It allows you to move the character. Buttons on the right are responsible for changing weapons, reloading and using the main fire mode. Sometimes, at locations you will come across a new weapon. If desired, you can change it with the current one, which is in the hands of your fighter. Despite the shooting button, the game has an auto-attack. You just need to aim at the opponent.

The app has two-dimensional graphics, many view cameras, as well as high-quality sound. It will definitely please all fans of the genre.

If you want to come out victorious from all fights in Zombie Combat Simulator, then download a mod that allows you to purchase all paid items available for real money.

The balance on Earth was destroyed and this led to an outbreak of a previously unknown disease that infected a huge number of people and led to 100% death. Not everything is so simple, because the infected people, after they died, began to come to life again and began to roam all over the city in order to find food for themselves. Zombie Combat Simulator offers you to lead a special police squad, which focuses on completely clearing the streets of the walking dead, spreading a deadly virus. 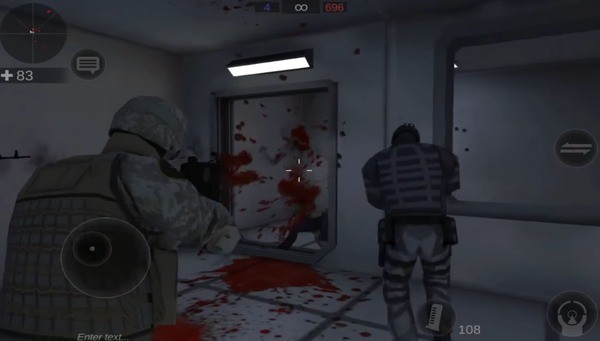 Be as careful as possible, because even the slightest scratch on your body can turn into irreversible. You need a very powerful weapon to counter the crowd of zombies. In addition, always keep an eye on the amount of your ammo. It will be frustrating to be in a situation where you run out of them.

Zombie Combat Simulator – a fun action game in which you have to not only shoot hundreds of zombies, but also capture positions on the map. If you are too bored to play with AI, gather a team of players and set a record for capturing territory acting as one.