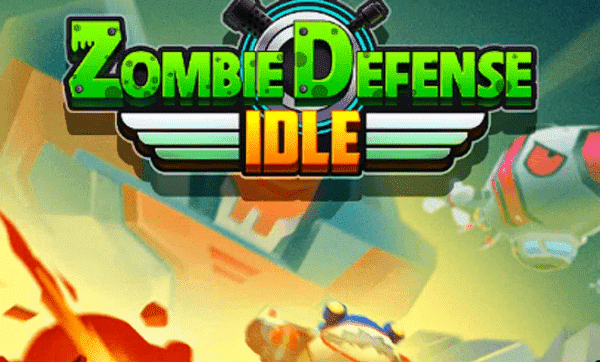 Zombie Defense: Idle Game is an exciting tower-defense arcade game from ONESOFT team. It takes you to world of zombie apocalypse, where you represent a small group of survivors who fight against ferocious zombies. Your task is to defend and protect your shelter from undead. Stop their endless waves and incredible strength. It is time to bring your inner strategist into the process and make sure you get the best gear. Each zombie raid is a real test of stamina and fortitude that can prepare you for an epic end. Don’t forget to upgrade your weapons and skills to fend off all zombies and final bosses! If you are interested in a similar game mechanic, then also try Random Dice: PvP Defense. Another exciting game from the same developers is Royal Knight – RNG Battle.

Tower Defense genre has long won loyal fans around the world. Our review can tell you how this game differs from many other similar projects.

Use a variety of tactics to win

Your global goal in Zombie Defense: Idle Game is to place turrets on the map and destroy waves of attacking zombies. There is a helicopter with a certain number of lives at the end of each level. Every zombie that could get to this helicopter takes one life from it. When they end, you lose your mission. In order to prevent this from happening, you need to choose the location of your turrets wisely. Fortunately, developers have provided players with tons of options. Place your combat vehicles, having thought everything out carefully, change tactics and strategy and then success will surely come to you. 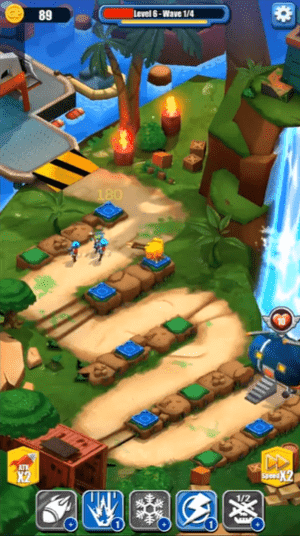 By the way, turrets require not only correct placing on map, but also improvements in a timely manner. Developers of Zombie Defense: Idle Game offer users a variety of boosters to choose. For example, you can freeze zombies by limiting their movement for a while. On the other hand, you can equip your turret with rocket charges, which can greatly increase its power. You can even cause a real fire rain and clear literally the entire playing field. However, remember that each upgrade requires a certain amount of in-game coins, which are not easy to earn.

When you are done with waves of ordinary zombies, you have to fight with their majestic bosses. Each leader in Zombie Defense: Idle Game has its own distinctive abilities and skills. There are more than ten of them in the game. Every boss defeat gives you access to new skills and technologies. Therefore, in order to advance the plot further, you simply need to defeat one of zombie leaders. First bosses should not give you much trouble, but the further you go, the harder you have to fight. Use all your creativity to place the turrets correctly and upgrade them in time for a great victory over opponents.

Players of Zombie Defense: Idle Game have an opportunity to enjoy epic graphics. Due to beautiful visual effects and different elaborate elements, you can always fully immerse yourself in amazing gameplay atmosphere. By the way, graphics are quite undemanding to Android device, so it is possible to launch on almost every gadget. We also note that every moment of Zombie Defense: Idle Game’s battles feels particularly realistic with impressive sound effects.

We bring to your attention mod for Zombie Defense: Idle Game that provides players with unlimited number of coins and diamonds. In addition, it cuts out all ads from the game.

Our team has tested the functionality of Zombie Defense: Idle Game and its mod. Indeed, all above functions work in full. Just follow simple rules. In order to get coins, you need to upgrade towers in main menu. If you want to get diamonds, you need to lose and revive two times (second – for diamonds). In addition, we removed all ads in the application. Therefore, you can get free stuff without watching those pesky commercials.

Zombie Defense: Idle Game is an interesting game that combines mechanics of idle games, arcades and classic Tower Defense. The world is in danger, as unknown virus quickly spread across the planet and turned its population into stupid, but very dangerous zombies. Are you ready to save the few survivors and defend your territory from the crowds of walking dead?

Place turrets, earn game currency and upgrade your war machines. Fight bosses and save civilians from bloodthirsty zombies. Show your wit to get out safe from dangerous adventures.

Zombie Defense: Idle Game is ideal for those who want to spend a few evenings playing high-quality game for Android. Due to accessible and relaxing gameplay, this app can keep you engaged for a very long time. 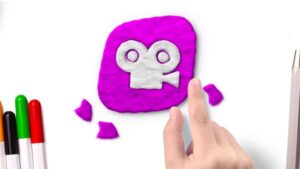