Zombie Frontier 4 is exciting virtual shooting range where you can shoot zombies from a wide variety of weapons. Eliminate various targets using the most sophisticated methods and techniques. Sometimes it will be enough just to put a bullet in zombie’s forehead. In other cases, you have to collect blueprints for a long time in order to collect weapons and kill a powerful boss. Main character has immunity from zombie virus and now fights in the name of all humankind. Choose from a huge arsenal of weapons, upgrade them and go out to location to kill zombies. Show reaction wonders to deal with the bloodthirsty boss. Improve your hero, make him stronger and become a winner. Among other shooters, we recommend you FRAG Pro Shooter and The Walking Zombie 2.

Zombie Frontier series are one of the most popular in its genre. Find out about its 4th installment from our review.

Protagonist of Zombie Frontier 4 moves around a large once and destroyed now flourishing city. Various types of zombies will oppose him. These are mindless thugs, cunning mutants and even headless zombies with tentacles. In the end, you have to meet with leader of local monsters, who is very difficult to kill. You will definitely meet other bosses during your adventures. By the way, there is no limits in terms of locations. Fight enemies in desert, caves, snowy forests or abandoned factories. Throughout the entire adventure, you can feel oppressive atmosphere of apocalypse. What is the most interesting thing: only main character has a chance to fix this world for the better. 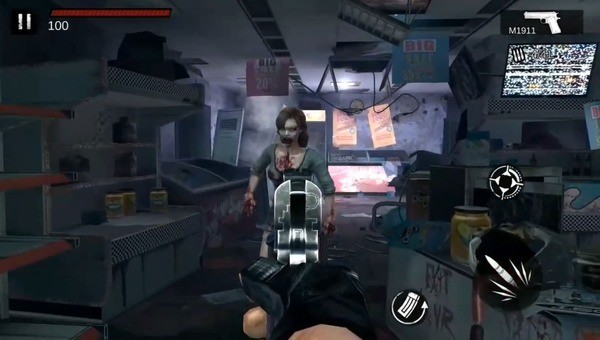 Enjoy a variety of weapons

Kills in Zombie Frontier 4 are the main feature, so game dynamics bases directly on its diversity. Your targets can use bulletproof glass and other obstacles. Therefore, immediately investigate the situation and terrain in order to find other ways to solve the problem. For example, you can shoot a fuel barrel and explode to destroy multiple targets at once. In general, there are many ways to eliminate zombies. Each specific situation requires special weapon and ammunition. There are also many types of weapons, ranging from powerful shotgun to assault rifles. Developers did not forget about the grenades. The choice of tactics is yours.

Get the best equipment

Each change to weapon or clothing in Zombie Frontier 4 affects a number of parameters that each piece of equipment possesses. In addition to functionality, you can also improve external qualities with in-game currency. The best weapon parts require spending gold bars, which are a rarer resource. After getting the maximum improvement for current weapon, it is worth turning to arsenal to buy a cooler gun. Their variety is amazing, but prices are strikingly different from each other. Choice of weapons is highly dependent on mission specificity. Somewhere you need to kill 1-2 targets and somewhere to eliminate a whole crowd. In both cases, fundamentally different parameters of the weapon are important, which adds some flexibility to gameplay process. Don’t forget about first aid kits as well. Use your entire arsenal of equipment to get things done.

Zombie Frontier 4 meets players with high-quality three-dimensional graphics. It is worth noting that there is a lot of blood in the game, so we would not recommend it for young children. In general, the game turned out to be quite creepy and facilitated by atmosphere and high-quality soundtrack. In addition to sounds of shots, you can hear screams of zombies. If you play with headphones, you can fully immerse yourself in the project. 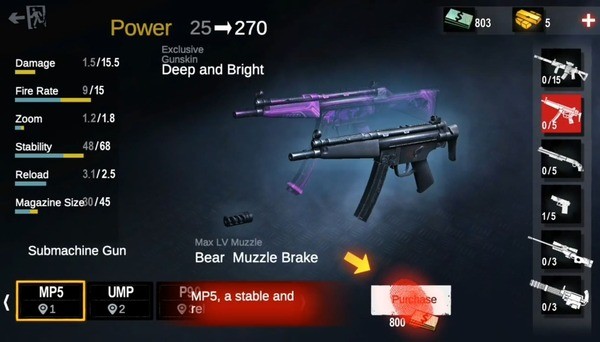 We suggest you download and install a mod for unlimited ammo and immortality. Use it to become invulnerable to enemies and shoot without interruption. Therefore, it becomes possible to develop accuracy.

Based on testing results of Zombie Frontier 4, our team guarantees full mod functionality. By installing it, you can become immortal. However, such an approach somewhat reduces interest in gameplay process, but it can help inexperienced gamers. You need to follow our recommendations published at the end of our review to install mod. It does not carry any dangers – you can use it without any risk and enjoy unlocked gameplay. 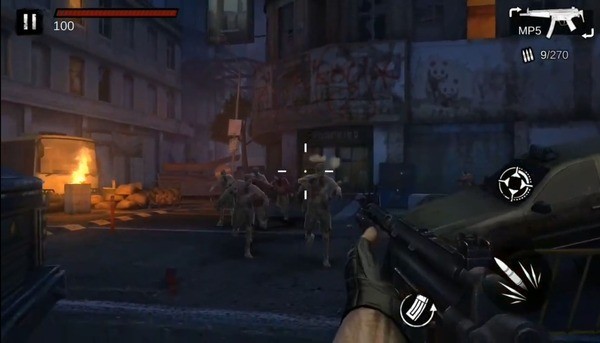 Developers from FT Games decided not to abandon their favorite concept. Your hero cannot walk as in previous parts of the game. Character’s movement in Zombie Frontier 4 occurs automatically, as you only need to aim at zombies and reload weapon in time. Fans of more casual projects will like this fact, because there is no need to be distracted by walking. Fans of complex games may probably be unhappy.

It is worth noting that the developers are trying to persuade players to donate. All the coolest improvements in Zombie Frontier 4 require gold bars possible for buying with real money. However, it is quite possible to play the game without buying premium guns. Each person decides for himself whether to donate or not.

Zombie Frontier 4 turned out to be very similar to the sensational third part, but there are even more weapons and zombies. We believe that this project is definitely worthy of fans attention and we strongly recommend you to download it.

How to install Zombie Frontier 4 Mod?