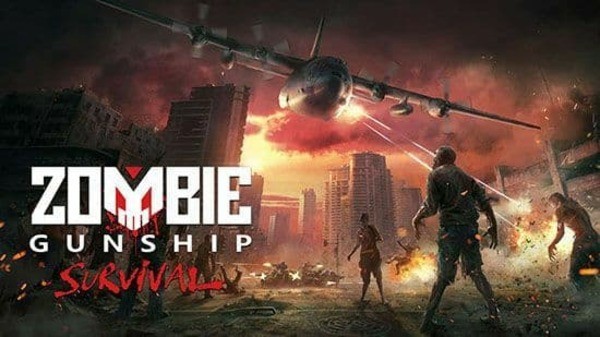 Zombie Gunship Survival is a dynamic action game containing several game genres at once. It is a first-person shooter and an aircraft simulator. Moreover, in some places user has to apply strategic thinking. The player’s task is to provide fire support to military and ordinary people left alone after the zombie apocalypse. Only you can save the remnants of humanity and provide them with a protected shelter. Fly on a military plane and sit in a gunner’s chair to destroy bloodthirsty zombies and all kinds of obstacles on the way of rescue squads. Amazing dynamics and a detailed playing field already wait for you. Well, if you love action, then our team recommends you Gods of Boom and Modern Ops.

Flaregames released Zombie Gunship Survival in 2017. During its existence, the app collected more than 5 million downloads with overall 4.1 rating. Find out more information about game features below.

The game world in Zombie Gunship Survival opens before you in stages. It is necessary to complete tasks and open new quests. Your mission begins with protection of the rescue squad on cruise ship, which became the first place of infection with terrible virus. Shoot off zombies and try not to kill your colleagues! For each successfully completed mission, you get experience points and game currency. At each stage, the amount of rewards increases along with gamer experience. 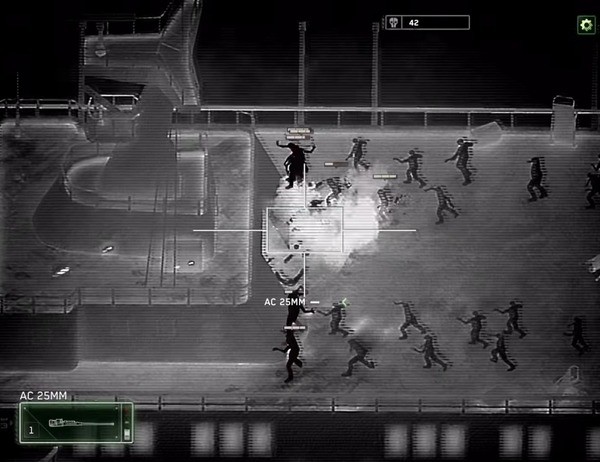 Each successful action in Zombie Gunship Survival, as well as completing mission and tasks brings in-game currency that you can spend on purchasing an impressive supply of ammunition or new weapons. Moreover, you can also improve the plane itself.  Its upgrades include improvement of control system, sight and other characteristics that can help in the game progress. With further walkthrough and locations development you can increase your monetary reward, allowing to start saving up currency. Having collected an impressive amount, you can purchase not only new powerful guns, but also take control of new aircraft. For example, you can buy a light helicopter or an emergency plane.

In addition to in-game currency, player also receives experience points, which allow sharing the results with friends or other users. You can compete in the number of points with real people and even share strategies in Zombie Gunship Survival. The game allows you to ask for help from players who can send you currencies to purchases and improvements necessary for further walkthrough.

Zombie Gunship Survival boasts excellent graphics, distinguished by high detailing of game elements, as well as a harmonious overall design. We can also note the well-developed visual effects and cool game mechanics that make the playthrough process smooth. Game sound perfectly matches the main game emphasis and helps you to immerse in Zombie Gunship Survival fully. Moreover, the game has well-voiced dialogues that help you more clearly understand the task ahead. 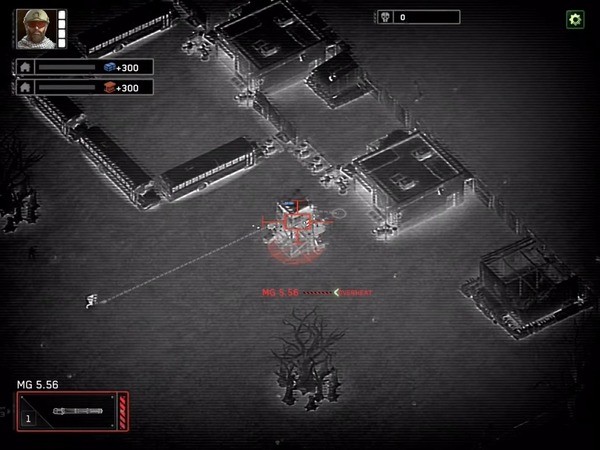 It is not always possible to get a sufficient number of bullets, so completing of some missions may be in jeopardy. However, you can download Zombie Gunship Survival with mod for unlimited ammo. With its help, you can enjoy the game as much as possible and shoot the undead for as long as you like.

After installing unlimited ammo mod, you can constantly hit enemies with your firepower to prevent them from killing your troops on the ground. Therefore, your walkthrough can become easier, but at the same time more fun. After all, zombies can die much faster. Follow instructions below and download installation file, which is completely safe for your Android device.

Zombie Gunship Survival is a dynamic and detailed action game where the player has to fight entire armies of zombies that are just waiting to taste the blood and flesh of survivors. Fly on a military plane equipped with a large number of weapons and destroy the hordes of living dead. In addition, you can shoot from a powerful machine gun. The main thing is to reload in time! After completing missions, you can return to a shelter where it is possible to buy new weapons and improve characters of your aircraft. 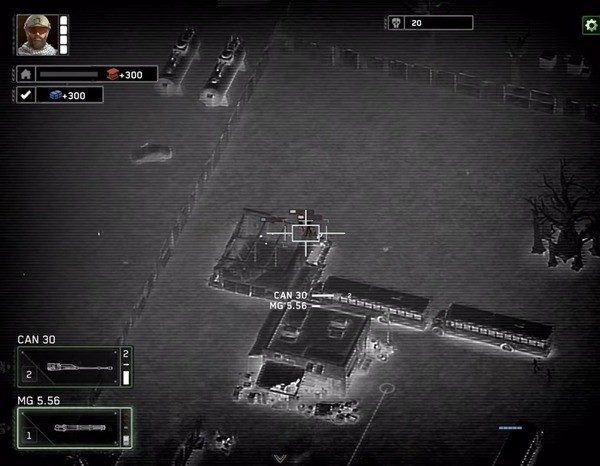 Number of upgraded characteristics in Zombie Gunship Survival is also limited. These are a radius of damage, a speed of reload/cooling and a speed of fire. By the way, you can also buy various bonuses for gold coins. For example, you can increase coin bonus for every killed zombie, get the right to kill additional civilians and even increase radius of warning triggers.

Zombie Gunship Survival is a powerful action game with excellent visual effects that makes you feel like a member of military crew responsible for survival of an entire planet! Bright, exciting gameplay cannot make you bored. Instead, it allows you to have high-quality fun!

Don’t forget to delete the original version of Zombie Gunship Survival before installing our modified version to prevent errors during installation process.