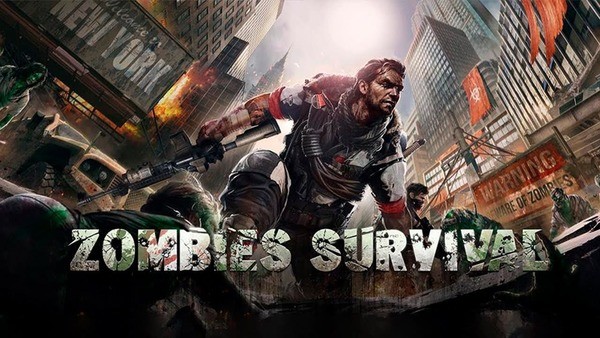 ZOMBIE HUNTER: Offline Games is a fast-paced Android game from VNG Games Studio. A new virus has appeared on the planet, which turned most people into zombies. In order not to become one of them or die trying, you have to fight. Arm yourself and play this addictive survival game! Become the last one to survive in this war against zombies.

The main goal of ZOMBIE HUNTER is to kill as many zombies as possible and survive in the difficult battle. Feel this completely post-apocalyptic world for yourself.

ZOMBIE HUNTER: Offline Games features a huge variety of weapons. There are also sniper, pistol, energy and various kinds of bows and machine guns. Choose the weapon you like, shoot and kill as many zombies as you can. Most importantly, don’t let the zombies kill you! This game is a kind of cyber environment where you have the opportunity to develop and use various tactics and strategies for attacks on the zombie world. Invite your friends with you on this difficult adventure and show them who is the most accurate and dangerous shooter in the whole world!

Many games only work with a connected Wi-Fi network or cellular connection. However, ZOMBIE HUNTER pleasantly surprises you with the possibility of playing in an offline environment. Play anywhere, whether at home or on the road. Indeed, it often happens that there is no kind of communication on the plane. You only need a network connection for the latest game updates and new features. Play anytime, anywhere without looking for a Wi-Fi network.

After battles against zombies, like any person, you need rest. However, where can you do it? Create your own shelter in ZOMBIE HUNTER: Offline Games, because you need to live and exist somewhere. Your shelter keeps all the things you need to participate in zombie wars. Store your weapons and all supplies in a safe place. In addition, improve your cover with the funds that you earn by killing zombie monsters. A zombie hideout is a great place to wait out an attack or a large-scale war. Nevertheless, your participation in it is naturally necessary, so you won’t be able to hide forever. After all, death can overtake you here.

There are not many survivors left on the planet, so you need to fight for your own existence. Participate in various campaigns and go to battle in ZOMBIE HUNTER. Upgrade your shooting skills periodically to become the best shooter on the field. Train as much as possible, improve your weapons and your abilities. Money are very useful for improvements, but spend it wisely. If you don’t have enough money, then the war becomes much more difficult and the chances of survival decrease. Get ready for the most unexpected developments. Don’t be afraid and fight for your own life!

ZOMBIE HUNTER: Offline Games has an amazing graphics that won’t definitely leave you indifferent. Excellent portrayal of characters, places of massacre and various kinds of special effects await you. The shooting effects are especially pleasing and very realistic. Fans of action games will love the transfer of sound effects. Epic music that sets you up for battles can pleasantly surprise you too. Graphics and sound allow you to immerse yourself in the world of post-apocalypse fully.

Based on the testing results, our team can confirm the correct game operation. You can get unlimited resources on your account after starting ZOMBIE HUNTER. In addition, unlimited grenades and first-aid kits await you during the battle. Please note that you can throw one grenade every six seconds, so you cannot throw several grenades at the enemy immediately. However, this ammunition is very powerful, and even one grenade can destroy an entire zombie squad. The mod is safe for your device, and its undeniable advantages definitely deserve the user’s attention.

We can’t say that the plot of ZOMBIE HUNTER is a novelty among games, but it is well developed. The zombie virus has flooded the entire planet, so that there are very few surviving and healthy people left. You just have to defend yourself and kill as many zombies as possible during the game. Choose the weapon that you think is most suitable for battles. Go on the attack and become the last survivor on the planet! Upgrade your weapons as you play and level-up your fighting skills to make killing zombies much easier.

ZOMBIE HUNTER: Offline Games is a zombie themed action game. The game won’t leave indifferent fans of projects where you need to fight and shoot. A variety of pistols and rifles comes in handy against zombies. Moreover, our mod can help you purchase any of them. Improving has never been so easy, upgrade all your combat skills with unlimited money and resources and become the best player in the world against zombies!

How to install ZOMBIE HUNTER Mod?

Don’t forget to delete the original version of ZOMBIE HUNTER before installing our modified version to prevent errors during installation process.