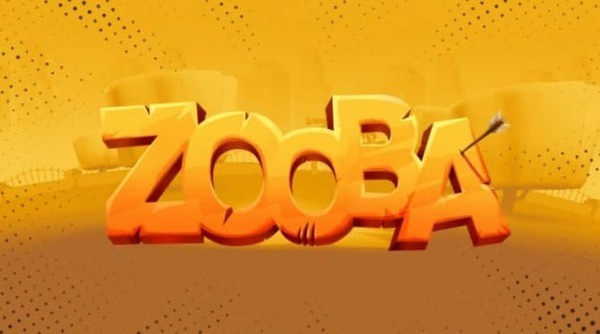 Zooba is a fresh new action offering you only fun emotions. This time, players have the opportunity to become the king of the zoo. This unique Battle Royale has several game modes such as multiplayer and PvP. The principle of the game is very simple, you just have to choose the character you like, join the multiplayer battle against other opponents and start the global world of meat grinder and development. Up to 20 participants can fight in the arena, so choose the necessary weapon, pick up something better, upgrade what is available and become the strongest. Are you ready to accept such a challenge and prove to everyone that you are the King of the Zoo? If you like battle royale and online games, we can also offer Garena Free Fire and Genshin Impact.

Over 10 million players have already tried the new battle royale format. Learn about all the benefits of Zooba and join the fight.

Zooba is completely new twist on the traditional direction of Moba and Battle Royale. Fight in a small arena with nineteen other players, collect different types of weapons on the battlefield and make improvements for them. Try to avoid traps and various obstacles that the developers have prepared for you.

More than ten heroes to choose

Choose unique heroes with interesting abilities and unique characteristics. Decide which class you want to fight for, perhaps it is a dodger, a strongman, or another versatile type. Try to collect them all in your collection. 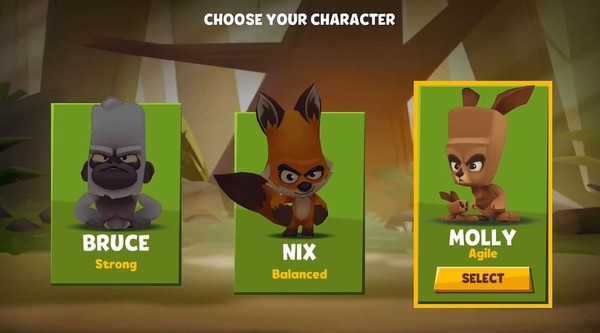 Quieter than water below the grass

One of the main features is the ability to fight in tall grass covertly. As you already understood, all characters in the game are animals, so you have to fight on maps that resemble forests and jungle as much as possible. Almost all maps in Zooba have areas of tall grass and water. The developers have tried their best and made it so that you can’t physically see the enemy in the tall grass. Everything you do in the grass you do blindly. The same situation is with water. During the battle, you cannot fire a weapon while in the water.

Donates are not the main thing

In addition, the big plus of Zooba is that the creators made the game completely free. Despite the fact that there is paid content, this practically does not affect the gameplay. If you regularly log into the game and do several battles a day, you can quickly upgrade the necessary skills and weapons.

Thanks to the Zooba multiplayer format, you always have the opportunity to fight in battle with your friends. As mentioned above, up to 20 players can participate on one map, depending on the selected mode. Invite friends, unite in coalitions and fight against other players. 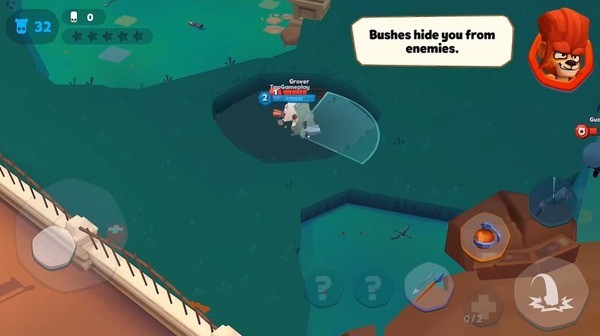 In terms of the graphic component of Zooba, first, it is worth highlighting the amusing locations, made in a cartoon style. Physics is also important here. The developers have tried their best to provide players with a really high-quality balance in the game. In addition, the developers didn’t skimp on the abundance of sound effects, which further adds interest to this project. A couple of hilarious soundtracks playing in the background, as well as high-quality voice acting of everything that happens on the screen only improves the already excellent game.

Despite the abundance of mods that you can find for Zooba on the Internet, the developers are actively fighting against cheaters and constantly banning them. To date, the only stable feature you can use without the risk of blocking is a mod that disables ads in the game. One of the game features is the availability of various free items and currency, which you can get after watching ads. Now, you can receive all free purchases without wasting extra time watching ads. Just select the item you want and it automatically becomes yours.

Our team has tested Free Shopping feature for Zooba. The test results allow us to make a positive conclusion about the quality of the modified version. In fact, you can collect free diamonds and various items without viewing advertisements. This is not to say that such function somehow affects your skills in battle. Nevertheless, you can always make an improvement or buy a new weapon. We also draw your attention to the fact that the antivirus scan did not reveal any hidden threats in the mod. All you need to do is download the game and install it on your device in accordance with the instructions below.

As you already understood in Zooba, your main task is to stay alive until the end of fight, as there can be only one winner. Immediately after installing and launching the game, you can play a training round in which you can familiarize yourself with the basics of gameplay and controls. In general, there is nothing complicated here, everything you need is scattered right in the location. You just have to go to the desired weapon or medicines, after which a scale will appear that displays the process of raising the drop. 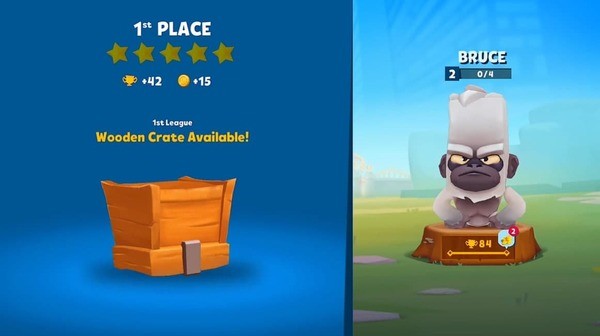 When the ammunition is on you, activate one skill that you can use. The developers have prepared several types of weapons, primarily firearms. The choice here is relatively small, mainly double-barreled guns and machine guns. However, you can improve them by picking up a second of the same weapon. Apart from this, there are grenades and cold types of weapons: pikes or swords.

Zooba is a fun multiplayer shooter that has tons of different weapons and characters to offer players. Each hero has its own unique features and characteristics. In addition, the developers created the currently popular Battle Royale based on their project. If most of the existing analogues of this genre offer classic battles with standard weapons, then here you can find cool types of weapons to use by certain classes of heroes. In general, if you are a fan of shooters with unusual content, then you will definitely like this game.

How to Install Zooba Mod?

Don’t forget to delete the original version of Zooba before installing our modified version to prevent errors during installation process.